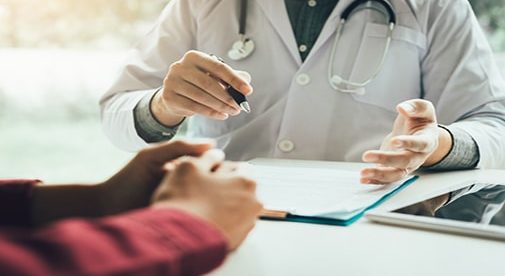 One of the most important questions expats need to ask themselves, especially someone nearing or having reached retirement age, is: “Can I be happy with the healthcare in my new country?”

I can answer “yes” when it comes to Costa Rica, after living here for nearly 11 years. I’ve used the public system here for serious illnesses including congestive heart failure, cataract surgery, an infected leg from a fall on a mountain trail and, most recently, pneumonia. These last two required hospitalization for nearly a week each.

The pneumonia started when I developed a lung situation that I thought was bronchitis. After two visits to the emergency room at Quepos Hospital, inhalation treatment, and a couple of tests, the ER Doc suggested I be a guest of the hospital for a while. So I entered Quepos hospital as a patient for what would be a five-day stay. My room was a small ward with space for five beds but having only three at that time, and I was the only occupant.

This is the hospital I was in last year for the badly infected leg. The rooms are neat, bright, and it seemed like they were constantly being cleaned by the maintenance staff. One thing I had to accept is that there is no air conditioning in patient rooms, only several ceiling fans which were running most hours of the day or night. Another is the uninteresting food (bland and basic, but nutritional) which, between snacks and meals, is served six times per day.

One of the things that impressed me most about this operation is the data management capability used by my doctor. When it came time for the daily consultation, my doctor and the hospital support staff rolled in carts with their laptops. They are tied into the WiFi system for the hospital and the entire Public Health Care System for the country.

From his computer my doctor can schedule tests in the hospital or virtually anywhere in the country. He can order up medications directly from the pharmacy, set schedules for staff to administer treatments, review testing results like X-rays and cardiograms, and minimize paper flow while being on top of things. Smart system. I enjoyed watching them work at the foot of my bed and nicknamed them my A-Team.

In Costa Rica there are two healthcare systems running in tandem: 1) the public health system as represented by the story of Quepos Hospital and 2) a substantial private healthcare system that includes several different providers, mostly based in the Central Valley. Access to the public system is dependent on obtaining official residency, which I did in 2012. Obviously, the cost of care in the private system is significantly higher, but virtually everyone who has used it reports significant savings over typical costs in the U.S. I guess that’s why we have so many “medical tourists” who come here for medical procedures to save considerable sums.

As a resident, sometimes you may want to go outside the public system. A year-and-a-half ago I noticed that the vision in one of my post-cataract surgery eyes (2015) was slowly becoming blurred. A medical need of this type is considered low priority “cosmetic” in a socialized system. I tried to get an appointment for a laser correction and, after dealing with several administrative people, got one for August 31, 2021. When I reported this to my regular doc, and after he stopped shaking his head, he suggested getting the correction done at a private clinic in San José. I did; the half hour laser treatment costing less than $200. My eye is perfect now.

My monthly payment (single person) for the public health service currently runs about $84 for all treatments, medications, doctor, and hospital visits; there are no deductibles.

The biggest take away from my experience with the Costa Rica national health system is this: while you must learn to deal with the bureaucracy, the service provided by the doctors is competent and, most importantly, caring. Good people make the difference.

We'd like to show you how you can upgrade your life and live richer using an Online Income Engine.

Best of all, you needn't leave your home to see how you could make this happen.