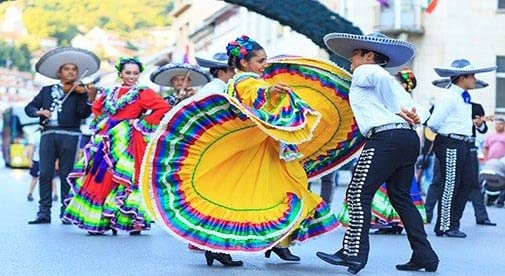 I wished, quite simply, that a hole in the ground would open up and swallow me. And it wasn’t even my fault. Recently, I ate dinner in a Mexican restaurant with another expat. When the plate arrived, she blew up at the waiter because it wasn’t what she wanted (though she had ordered in terrible Spanish). It’s rarely polite to shout at a waiter, but especially not in Mexico. I was so embarrassed, I went back the next day and apologized for her.

Not that I’m immune from making cultural gaffes—none of us are. Evolutionary psychologists point out that our ancestral roots are tribalistic, meaning that our behaviors and attitudes are rooted in a strong loyalty to our own tribe or social group. Whether we like it or not, we are wired to assume that our own culture is better than that of others. This doesn’t mean, though, that we should keep making the same mistake again.

The way to minimize cultural errors is to practice what cross-cultural experts call “cultural competence,” the ability to interact respectfully and sensitively with people of different cultures. Here are eight ways to do that.

First study your own culture—not as simple as you’d think. A famous line is attributed to the 1920s American anthropologist Ruth Benedict: “The fish are the last to see the water.” In this context, it means that our own culture is often invisible to us. For example, the phrase “time is money” illustrates a key value of the European Protestants who settled in the United States in the 17th century. It’s the belief one should not “waste” time; one should be productive, efficient, and punctual. I never noticed how focused on productivity my culture was until I spent time in France, where I was startled to discover that people didn’t talk about work all the time or identify themselves by their profession. In a similar way, examine the values, beliefs, unstated norms, and customs of your native country.

Observe and learn from the locals. A world of new experiences awaits expats who embrace their host country’s traditions and ways. Study their dress; their interactions with each other; their eating styles and table manners; how they address, greet, and say goodbye to each other; their formalities; and so on. For example, every time I’m on a bus in Mexico, I notice passengers thanking the driver as they get off, reminding me that courtesy is an important value in Mexico.

Take language classes, so you at least understand the basics. Local slang, in particular, is a gateway into a culture. You can also ask your teacher questions about your adopted country.

Look for a trusted guide that you can ask questions of without feeling silly. I’ve found people with dual citizenship to be especially helpful, since they understand both cultures. We have a couple of friends who were born and raised in Mexico but studied, lived, and worked in the U.S. for many years. Being bilingual and bicultural, they are excellent guides to help us decipher Mexican culture.

Adopt a curious, listening mindset, rather than assuming you know. Fran Peavey, an American activist, modeled this in the 1980s when she sat in a square in Osaka, Japan, with a placard that said, “American willing to listen.” Scores of people stood in line for hours, waiting to talk to her. The important detail is “listen.” Don’t feel that you must always be the one talking.

Weigh carefully whether to raise sensitive subjects with strangers. This is an insight I unfortunately learned firsthand. A few years ago, my husband and I were traveling in Turkey. While in Trabzon, a city in the eastern part of the country, we were invited to give a talk about U.S. culture at a local English school. The director, a friendly, cheerful guy, took us out afterward for a light meal. During dinner, while discussing Turkey’s relationships with its neighbors, I mentioned the 1915 Armenian genocide, considered by many to be one of the first modern genocides.

Our dinner companion looked down at his plate and turned quiet. After a long, awkward silence, he looked up at me and said frostily, “It is not what you think.” I cringed. Clearly, he was not willing to discuss his country’s history with someone he probably considered an uninformed outsider.

I’ve thought many times about that thwarted conversation. To me, travel is conversation, and without it, there’s not much point. Yet my approach had shut down communication and brought a chill to the table.

Avoid stereotypes, which are usually negative. Americans are loud, Brits are reserved, the Japanese are shy, and so on. To stop stereotyping, you first have to notice you are doing it. Ask your friends to point out when you are caught in a stereotype.

Use self-effacing humor. When Mexicans ask me where I’m from, I tell them, “I’m from the States,” and then I add, “No es mi culpa,” which means, “It’s not my fault.” I’m not ashamed of my nationality. But given Mexico’s historic and current resentment of U.S. government policies, this approach immediately lightens any possible tension. The Mexican I’m chatting with immediately cracks up, and it breaks the ice. Remember, it’s inevitable you’ll make mistakes in other cultures; you can’t help it. Apologize if you can, give yourself some slack, and start over. After all, you’re not alone in this. The rest of the world shares the same challenge.