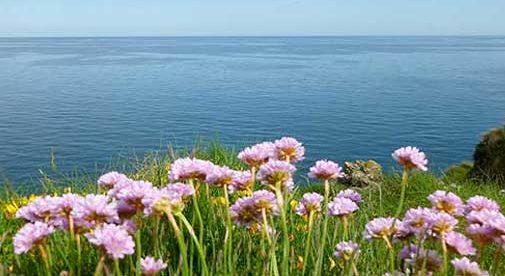 On a sunny day, Ireland is the most beautiful country in the world. Bog flowers bloom, lush meadows invite you to hop their lichen-covered stone walls, and the seas of Europe’s Celtic fringe take on the character of the Greek Aegean: shimmering turquoise, blue, and aquamarine.

Nowhere on earth is better to be. And being here is easy…at least in the summer months, when daylight stretches toward 11 p.m. and birdsong heralds twilight.

The best thing? Ireland is small. This means you can have your morning tramp on a mountain trail and an afternoon on the beach or in a city museum. You can drive the length of the country in six hours or so—north to south. Less than four hours will take you from the famed Cliffs of Moher, on the west coast, to a vast stretch of sandy beach close to the capital, Dublin, on the eastern seaboard.

The weather improves from April and is usually at its best in June and July; Ireland is milder than other places on the same latitude, thanks to the Gulf Stream from the Caribbean. Summer temperatures average highs in the mid-60s F, and a temperature over 86 F is headline news.

So where exactly in Ireland makes the best place for you…? 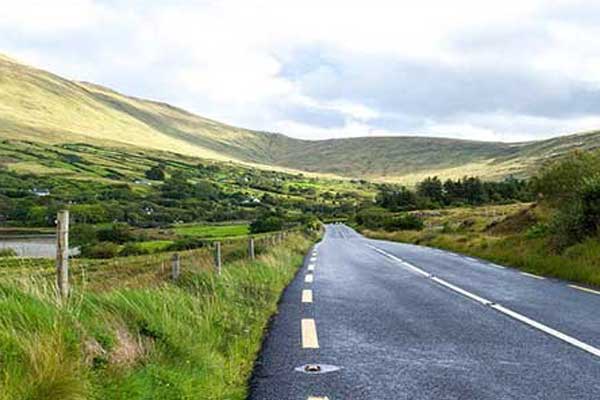 Ireland is a bit like a saucer, with mountains around the coast and low-lying plains in the middle. The most dramatic mountains are in the west—one of the reasons that the west and southwest get more rainfall than elsewhere in the country. These mountains have strange names like the Paps of Anu and the Mullaghareirks. The highest—Carrauntoohil in Kerry—is a modest 3,405 feet. But what they lack in majesty, these Irish peaks deliver in other ways. You’ll find some topped with megalithic tombs, their valleys peppered with mysterious black lakes. They are rich in folklore and fairy tales.

The west coast is also where you’ll find traditional culture at its most obvious and intact. The rugged landscapes made conquest difficult, and English law and customs never penetrated as deeply as they did in the east, around Dublin.

Called “the City of the Tribes,” Galway is a university town known throughout Ireland as a center for the arts. With numerous festivals (especially in the summer), theater companies, and plenty of venues and pubs, it’s a perfect place to immerse yourself in Irish life.

On the northern edge of Connemara is the thriving town of Westport, in County Mayo. This is the perfect base for striking out into the countryside, while still having the conveniences of a town. Westport is a good place to wander from pub to pub, finding traditional music played and sung in each. 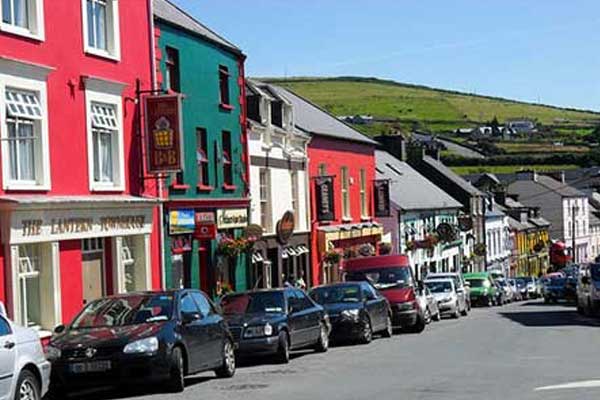 Official statistics tell us that a quarter of North American visitors to Ireland go to the southwest. It’s easy to see why…the scenery is stunning. This is where you can drive the 111-mile “Ring of Kerry” around the Iveragh Peninsula, see the Lakes of Killarney, hike through ancient oak and yew forests, and find as much history and culture as anywhere else on the island.

If your heart is set on a Ring of Kerry town, try Kenmare. Its colorful, compact townscape attracts expats in search of a slower paced life.

Looking for a piece of Ireland to truly call your own? The Muskerry region of central County Cork is a Gaelic-speaking area, where you will meet some colorful characters on your travels. You’ll find some lovely restored cottages for short-term renting in the region.

Quiet Isles, the Cultured Southeast, and a Lively European Capital 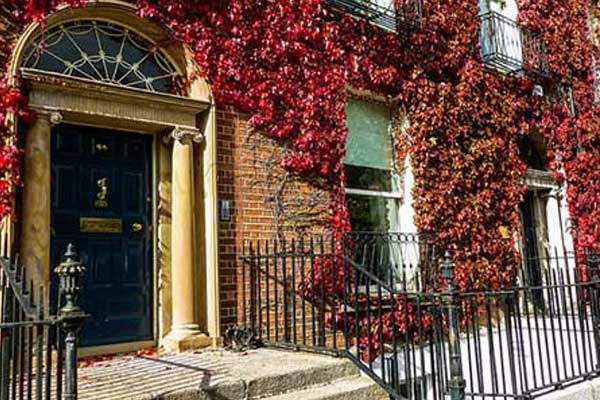 Ireland missed out on much of the Industrial Revolution—one of the reasons it’s still such a pastoral place. The old market town was long the lynchpin of the country’s agricultural economy. You’ll pass through many as you tour the country. The days of bustle and commerce have passed for many of them, but some have found new niches.

Don’t visit Ireland and miss Dublin. Once described as a British city occupied by Irish people, and if you like Georgian-era architecture, that’s an apt description. In the late 18th century it was the second city in the British empire; money poured in and was used for grand public buildings and lavish private mansions. It’s the most expensive place to live in Ireland but the restaurants are good, the nightlife exceptional, and it’s one of Europe’s most fun capitals.

The best museums are free. A trio not to miss are housed in the old palace of the Dukes of Leinster. The National History Museum has the preserved bodies of ancient Irish royalty found buried in bogs, hoards of Celtic gold, and Viking weapons. Around the corner, the Natural History Museum is an homage to Victorian-era collecting, and the National Gallery is the place to absorb Ireland’s artistic heritage.

Like other Europeans, the Irish love their sunshine, so the summer months bring them out in ﬁne form. Summer also bring lots of festivals for you to enjoy. Here are a few of our choice picks:

Galway is a great city to visit at any time of year. But the best time to enjoy “the City of the Tribes” is during the Galway Races from July 29 to August 4. This is one of Ireland’s biggest horseracing events. But for most people, it’s all about the social spectacle. The races are one of the social events of the summer, drawing politicians, celebrities, and other socialites to the city. Over 100,000 people descend on Galway, making the city’s famous nightlife more vibrant than ever. Thursday August 5 is also Lady’s Day, when female attendees compete to be the best-dressed lady at the races and take home the €10,000 ($11,340) prize fund.

The town of Loughrea (also in County Galway) turned 782 years old in 2018. It’s home to Ireland’s only functioning medieval moat. This heritage is celebrated in the Loughrea Medieval Festival which takes place in August, as of yet 2019 dates are yet to be announced. See here for more information. As well as an extensive collection of medieval artifacts from the local museum, you can also enjoy a medieval puppet show, craft demonstrations, battle reenactments, and a wide selection of food.

Shane’s Castle in County Antrim will host the Irish Game and Country Fair Fine Food Festival from June 29 to June 30. This is a grand celebration of all aspects of rural Irish life, from the medieval to the modern. You’ll see mounted knights jousting on the tourney grounds and enjoy contemporary country pursuits like ﬂy casting, clay pigeon shooting, archery, and dog shows. Some of Ireland’s best chefs will also be around to give demonstrations and offer delicious servings of their work.

If Irish traditional music is more your style, then don’t miss the annual Fleadh Cheoil (pronounced “Flah kee-oul”), which takes place in the town of Drogheda, County Louth. The Fleadh Ceoil is the seminal event of the year for Irish traditional music. Musicians and dancers from across the country (and beyond) will descend on County Louth to show off their skills. A great time and place to immerse yourself in traditional Irish culture—and maybe even try your hand at a ﬁddle, a tin whistle, or a bodhrán (traditional drum made from goatskin).

And, despite the onset of modernity, the Irish still take time to talk, and they’re good at it. This may just be the friendliest country in Europe. It is, after all, called “the Land of a Thousand Welcomes.”