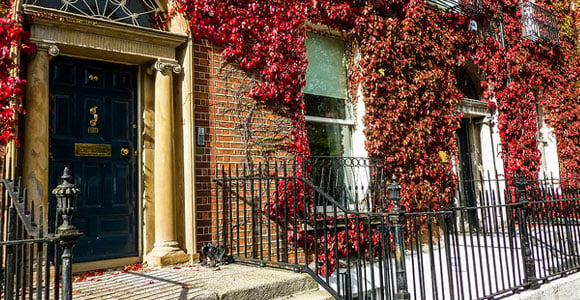 When you retire in Ireland, you’ll appreciate the charm of the country and its people...

Ireland’s charm remains as strong as ever. The whole nation—but particularly the countryside —takes a small-town approach to life, which you’ll appreciate when you retire here. Everyone in Ireland speaks English (even in the few Irish-speaking areas). The Irish are a friendly, hospitable people. It may be a cliche, but it’s true. The literal translation of “hello” in Irish is “a hundred thousand welcomes to you.”

Apart from the natural splendor and amazing cultural heritage, retirees choose Ireland because it doesn’t seem too far away from the U.S. and mainland Europe. Flights from Shannon and Dublin airports connect with Atlanta, Boston, Charlotte (NC), Chicago, Las Vegas, Los Angeles, New York (JFK), Newark, Orlando, Philadelphia, San Francisco, and Washington. So it’s easy enough to travel back from time to time, and for relatives to come visit.

Ireland also has a lot of cultural similarities to the U.S. American TV shows are aired on all the main networks, you can find many of the groceries from home without too much difficulty, and you’re never far from an American beer.

The Irish are well known for their sense of humor, and if you can partake in their playful banter or “craic” you’ll fit in as tight as a fiddle string.

Your biggest problem will almost certainly be in deciding how and probably where, to spend your time. Will you be active or sedate? Are you likely to prefer a small town ahead of a city?

It’s only a small island, but Ireland will offer you a big selection of options. Only you can make the decisions, but here is an example destination with activities that might appeal.

Home to around 75,000 people, Galway has grown over the past few decades, but the center still has a small town feel. The Saturday farmers’ market is always thronged, and shops are mostly of the individual variety—butchers, bakers, cheesemongers, bookstores, etc.

Galway may be the perfect retirement location for you. On the west coast, this historic maritime city combines a modern urban lifestyle with scenic beauty, deep-rooted traditions, and a staggering array of activities. Whether your passion is for the outdoors, the arts, traditional music, horse-racing—or a combination of them all—you’ll be spoiled for choice.

And Connemara is on the doorstep. A National Park since 1980, this unspoiled region of stone walls, green fields, and thatched cottage villages is picture book Ireland at its best. It takes in the Twelve Bens mountain range…golden beaches and coral strands…peat bogs, sparkly loughs (lakes) and trout streams. But you won’t need to leave the city to watch one of those stunning Galway Bay sunsets. One of the best places is from the Promenade at Salthill, Galway’s seaside suburb.

Galway’s student population ensures things are kept lively. Retirement is always a good excuse to try something new, and the university also runs adult and continuing education courses. Options include screenwriting, Irish studies, and, if you’ve an interest in the past, you could even find yourself with a Diploma in Archaeology.

Few people in Ireland would disagree that this is the country’s arts and culture capital. Highlights include April’s Literature Festival, when authors of local, national, and international repute head to Galway for readings, workshops, discussions, and much more. Promoting good food outlets and producers, the Galway Food Festival is also in April. At this time of year, some mouthwatering local ingredients become available, such as Connemara spring lamb, and locally caught trout and salmon.

May and June are enlivened with music festivals, concerts and a wide array of street performances. July brings the International Film Festival, a two-week long arts festival, and the hugely popular Galway races summer festival meeting.

In August you can catch the Galway Hookers Festival. No, not a gathering of ladies of the night—a Galway Hooker is a traditional boat, and this is a celebration of the county’s maritime heritage. September ushers in the oyster festivals, both in the city and at nearby Clarinbridge.

Need more? Well, in October, there’s the Theatre Festival, the Comedy Festival, the Jazz Festival and the Halloween Festival. And just because Christmas is a festival, Galway doesn’t take a rest—before January’s Midwinter Festival kicks off another year of shenanigans, there’s an old-fashioned Christmas market, and part of the harbor area gets transformed into a gigantic skating rink.

It would be easy to write a book detailing the delights of Galway, but that’s just one small city of several to consider. Take the time to do your own research and you’ll be sure to find an ideal location for a fulfilling retirement.