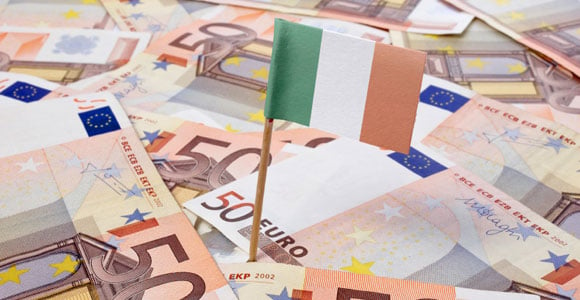 Individuals are liable for income tax and capital gains tax on their chargeable income and gains, respectively. The governing legislation is the Taxes Consolidation Act 1997, which is amended and supplemented every year in the annual Finance Act. There is also a gift and inheritance tax (capital acquisitions tax) regime in force.

In general, any individual who is resident, but not domiciled or ordinarily resident in Ireland, is liable to Irish income tax on his/her full income arising in Ireland but on foreign income, only to the extent that it is remitted to Ireland. Examples of a resident, but not domiciled or ordinarily resident person include a citizen of the U.S. working in Ireland for a temporary period of two years and who is regarded as tax resident in Ireland.

An individual is regarded as resident in Ireland for a particular tax year:

It does not matter if you come and go several times during that tax year or if you are present in Ireland continuously. A count is made of the total number of days you spend in Ireland for any purpose in each tax year. In determining days present in Ireland, an individual is deemed to be present if he/she is in the country at any time during the day not only at the end of the day. If a person arrives in the State and is not regarded as resident under the tests above for their year of arrival he/she may elect to the Irish Revenue Commissioners to be resident. An authorized officer of Revenue must be satisfied that the individual will be resident in the State under the test above in the year following the year of arrival.

An individual is regarded as ordinarily resident in Ireland if he has been in Ireland during the previous three consecutive tax years.

Where a double taxation agreement exists between Ireland and a foreign country in which income arises, a person may be entitled to a credit against the Irish tax liability for the foreign tax borne.

Irish income tax is calculated at the appropriate rates on gross pay earned in a tax year.

Most employees are subject to the following taxes:

For individuals, rental income is treated in a similar way to your normal income from work, and is taxed at the same rates. For most investors, the tax on rental income would be charged at 41%.

Stamp duty in respect of non-commercial (residential) properties has been reduced substantially in recent budgets. Current rates of stamp duty for residential property are 1% for the first €1,000,000 of consideration with the excess payable at 2%.

Stamp duty on commercial properties has been reduced to a flat rate of 2% for documents executed after 6 December 2011. This includes non-residential farmland, commercial, and industrial buildings.

A form of property tax, known as Local Authority Rates, is chargeable on commercial property. The rate depends on the value of the property and the local authority in the area where the property is located. This is generally a tax-deductible expense.

From mid-July 2013 a local property tax was introduced for residential properties. The rate is 0.18% of the market value of any property valued up to €1 million, with a rate of 0.25% above €1 million. Any new property or property that has previously been unused will be exempt from this property tax until 2016.

Budget 2012 in Ireland announced a new incentive relief for the first seven years of ownership for properties bought during 2012 and 2013. Where such a property is held for seven years, the gains that accrue during that period will not attract Capital Gains Tax.

VAT is charged at 23% on the supply of most goods and services in the course of business.

On July 1, 2011, a reduced 9% VAT rate was applied to certain services in the tourism sector. These include restaurant and catering services, hotel and holiday accommodations, and various entertainment services such as admissions to cinemas, theatres, museums, fairgrounds, amusement parks, and sporting facilities. The rate was due to expire in 2013, but under current legislation, has been extended indefinitely.

Most exports, food, oral medicine, and children’s clothing and footwear are zero-rated.

Corporation tax is chargeable as follows on income and capital gains:

Resident companies are taxable in Ireland on their worldwide profits (including capital gains). Non-resident companies are subject to Irish corporation tax only on trading profits generated in Ireland. Non-trading (passive) income includes dividends from companies resident outside Ireland (with some exceptions), interest, rents, and royalties.

The Irish tax treaty network is constantly being expanded and updated and now contains in excess of 40 tax treaties. Most of Ireland’s tax treaties follow a common pattern and are usually (but not always) modeled on the OECD tax treaty model. In incidences where Ireland and a foreign state retain the right to tax a gain a credit may be available in Ireland for tax paid on the gain in the other country.