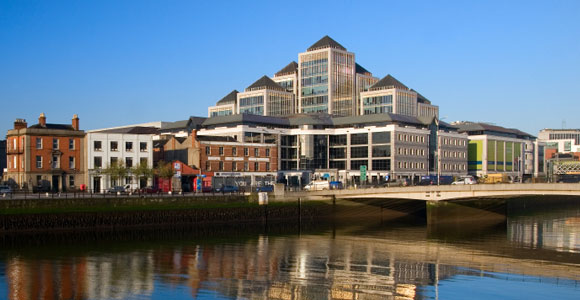 The Economy in Ireland

Ireland is a small, modern, trade-dependent economy. It was among the initial group of 12 EU nations that began circulating the euro on 1 January 2002. GDP growth averaged 6% in 1995-2007, but economic activity dropped sharply during the world financial crisis and the subsequent collapse of its domestic property market and construction industry.

Faced with sharply reduced revenues and a burgeoning budget deficit from efforts to stabilize its fragile banking sector, the Irish Government introduced the first in a series of draconian budgets in 2009. These measures were not sufficient to stabilize Ireland’s public finances.

In 2010, the budget deficit reached 32.4% of GDP—the world’s largest deficit, as a percentage of GDP. In late 2010, the former Cowen-led government agreed to a $92 billion loan package from the EU and IMF to help Dublin recapitalize Ireland’s banking sector and avoid defaulting on its sovereign debt.

In March 2011, the Kenny-led government intensified austerity measures to meet the deficit targets under Ireland’s EU-IMF bailout program. In late 2013, Ireland formally exited its EU-IMF bailout program, benefiting from its strict adherence to deficit-reduction targets and success in refinancing a large amount of banking-related debt.

In 2014, the economy rapidly picked up and GDP grew by 3.6%. The recovering economy assisted lowering the deficit to 4.2% of GDP. In late 2014, the government introduced a fiscally neutral budget, marking the end of the austerity program.

Employment increased by 6.2% from its low in the first quarter of 2012. Unemployment was almost 10% of the labour force in April 2015 – a fall of over five percentage points from its peak. Despite this strength, unemployment is still above its natural rate.

In the wake of the collapse of the construction sector and the downturn in consumer spending and business investment, the export sector, dominated by foreign multinationals, has become an even more important component of Ireland’s economy.