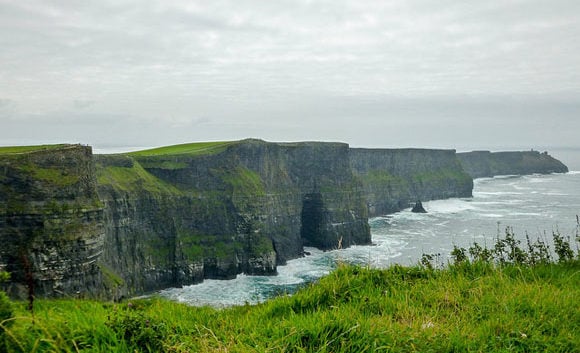 Location: Western Europe, occupying five-sixths of the island of Ireland in the North Atlantic Ocean, west of Great Britain.

Climate: Ireland has a temperate maritime climate. Due to the North Atlantic Current; winters are generally mild and summers cool. It is consistently humid and overcast about half of the time.

Language: English is an official language in Ireland and is used throughout the country. Irish (also known as Gaelic or Gaeilge) is also an official language, and is spoken by approximately 38.7% of the population as a first or second language, mainly spoken in areas along the western coast.

System of Government: Ireland’s government is a republic, parliamentary democracy. The legislature (Oireachtas) has two branches—the Dáil (or Assembly, made up of 158 seats) and the Seanad (Senate, consisting of 60 seats). All representatives are elected by their constituents.

Head of Government: Taoiseach (Prime Minister) Enda Kenny (since 9 March 2011). The Taoiseach is elected indirectly through the newly formed Dáil. They are the head of the largest government party, or the appointed leader of a coalition.