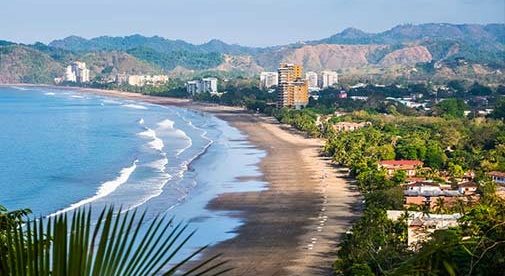 “Can you remember who you were, before the world told you who you should be?”—Charles Bukowski.

That quote from the German-American poet really resonates with me. It sums up the most deep-seated and primal reason I came to Costa Rica.

I basically embody the American Dream. I come from a poor family amid a broken home—but I was the valedictorian of my class. I was the first person in the family to ever go to college, working two jobs to pay for my undergraduate education. Then came medical school. Then private practice. Then my own kids and the big house and the fancy cars. You know…success.

But somewhere along the way, the drive to achieve the American Dream turned it into an American Nightmare. You know…success.

Striving to achieve and maintain all that “success” created consequences that demanded more and more of me. Over the decades, life had taken control of me, instead of the other way around. I was living in order to work…instead of working in order to live.

I now realize that I was the most broken of all; that successful American Dream was killing me.

The world had told me who I should be. When I said, “I want to be an archaeologist and study other cultures,” everyone said, “You should be a doctor.”

Now, I’m not saying I regret my professional life. But I am saying that for many years I forgot who I was, because the world told me who I should be. And what’s worse, I didn’t even realize it.

With my kids grown and living busy lives of their own, it was time. Remembering who I was began with my move to another country, to begin another chapter in my life, with my husband, Michael. And it has had so many favorable and yet unforeseen results.

I am remembering who I was and wanted to be.

I still think those many systems of the U.S. are broken, but I can’t fix them. On the other hand, what was broken with me I could fix. I am remembering who I was and who I wanted to be. It’s like getting to live another dream—a Central American Dream.

I’m immersing myself in another culture and learning about many others. Living in Costa Rica and being a part of the community is the first part of that. The second is fulfilled in sharing my lives with so many expats from around the globe—Germany, England, Japan, Mexico, Argentina…all neighbors.

I used to try to find a free moment—a small bit of unprogrammed time to play the piano—to relieve the stress of the day. Now I play for sheer enjoyment, because I have none of those old stressors. And because I have time, a commodity that was in short supply in my old life, I don’t have to steal 15 minutes to just play pieces I already know. I can study and learn new stuff.

My creative side is flowering and evidenced through so many fun, crazy, and sometimes nerdy projects. (I have finally figured out a way to organize my kitchen spice cabinet—I made a “periodic table” of spices.) I have time to go to live theater again, seeing famous works I know, but in Spanish, and becoming familiar with an entire other world of famous works from “south of the border.” And one day, when I trust my Spanish enough, I’ll step on stage again.

On top of it all, the life the world told me I should live brought with it health issues—high blood pressure from too much stress, too much weight, and high cholesterol from eating junk on the run; heavy feelings that, in hindsight, can only be described as depressive. They’re all gone now.

My story isn’t an isolated one. All my international friends who have adapted to life here, freeing themselves to live a simpler lifestyle, have similar stories. Of course, the ticos (the endearment the Costa Ricans call themselves) already had that all figured out. I’m sure it’s a major reason why one of the five Blue Zones of the world (places where inordinately large numbers of people live healthy lives up to about 100 years of age) is found in Costa Rica.

Unfortunately, I know of folks who decided to leave the States because they were unhappy—and remain so in Costa Rica. In my estimation, they were broken too, but instead of realizing that and becoming champions of a new relaxed life, they still look at the world around them and complain about how defective it is. They aren’t happy with things here either. They want to change it to being exactly what they left in the U.S.—where the stressors ate them up. Never realizing that the real obstacle is themselves.

Maybe, just maybe, they need to remember who they were before the world told them who they should be.

Everything You Need to Know About Safety in Costa Rica