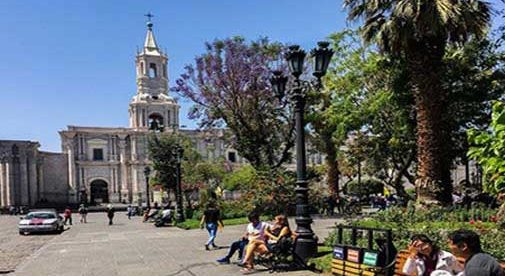 Hi. This is Steve LePoidevin coming to you from the north coast of Peru. I’ve been International Living‘s Peru correspondent now for about three years, and I’ve recently been asked to answer a few questions about living here.

Is it Safe to Live in Peru?

Overall, I would say it’s definitely safe to live in Peru. Just as in any country, some places are safer than others and there’s always a risk of something happening. Certainly like in any other large cities, the large cities here, Trujillo, Lima, Arequipa, you’re probably not gonna want to be found walking around after dark in some areas. But if you’re looking at retirement, the places that we at International Living write about, are definitely safe.

You’re not going to see violent crimes or guns in the beach towns or the small villages that dot the countryside. The biggest problem here is petty crime. And I’m talking about purse snatching or grabbing your cell phone as you’re walking along the street. But you can easily avoid these situations by just not inviting attention to yourself. You know, don’t flash wads of cash. Don’t always have your cell phone out as you’re walking along. Don’t leave your iPad sitting on tables. Just watch your belongings. They’re pretty good about that here. When you’re in restaurants, they will remind you to watch your belongings. They’ll move a chair over to your table to set your backpack on. So it’s something you can avoid quite easily. 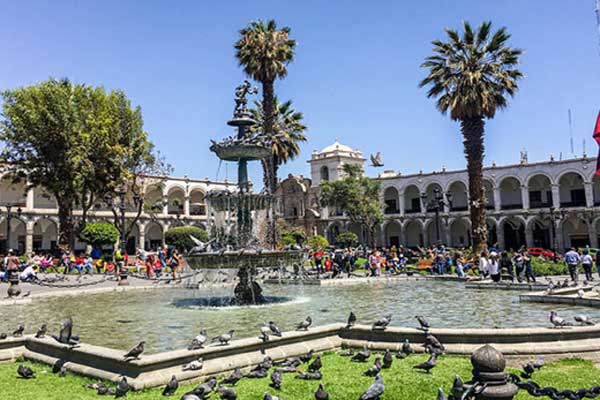 Another big problem here is counterfeit money. Peru has some of the best counterfeiters in the world, including their own currency. We’ve only dinged a couple of times over the last two or three years, and there’s not a lot you can do about it, but you can avoid the situation by using the ATMs, using the banks. Don’t use the money exchangers on the side of the street because you just never know.

Is it Safe to Travel in Peru?

It’s definitely safe to travel in Peru. People have been doing it for years. Whether you’re in a car, a bus, a taxi, or even on foot. It’s probably better not to travel by car after dark. Once you get outside of the urban areas, the roads can be quite isolated and quite dark and there’s no point in asking for trouble. One thing you have to remember or know is that taxis are not metered in Peru. So before you go anywhere, be sure to negotiate a price on the trip. Now, you can chat with locals and find out what the normal cost should be, but you definitely should negotiate a price before you leave. 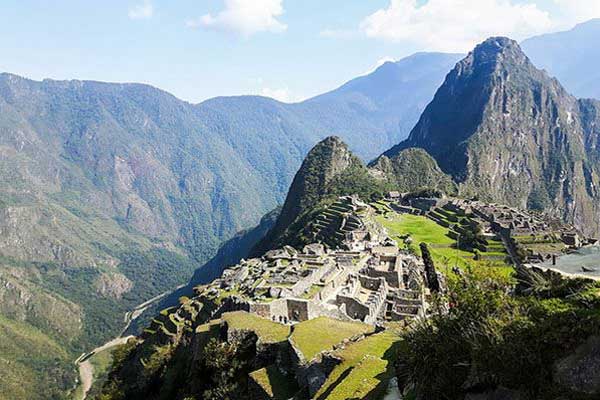 You can recognize a taxi as the legal taxis because they all have a bright yellow stripe across the top of their license plate. So they’re very easy to see. A lot of unemployed Peruvians end up just using their own car to make a few extra bucks when they can and just turn it into a taxi. They just slap the sign on the top, put a few stickers on the side and away they go. Now, a lot of these people are safe enough, but just to be sure, use a legal taxi and look for that yellow stripe.

Is Drug Use Allowed in Peru?

This is a big one. Technically, possession of small quantities of drugs are legal here, or is legal here, and is not punishable by law. Now, I can’t memorize the list. I’m just gonna read it off. There’s a list of five or six drugs and quantities that are totally legal here on paper. And this is it: 2 grams of cocaine, hydrochloride, 5 grams of cocaine paste, 8 grams of marijuana or 2 grams of derivatives, 1 gram of opium or 200 milligrams of derivatives, and 250 milligrams of ecstasy.

Now, that’s a big list, but there are a couple of caveats. The first one, you can’t possess more than one of these at a time. If you have two of them at a time in your possession, then it is punishable by law. But one is okay. And secondly, because the police here are fairly poorly trained and can be quite corrupt, even if you are within the legal limit, you can still run into problems.

You may end up having to bribe somebody, you may end up, in the police station for a few hours explaining your situation. The chances of you going to prison or paying any kind of huge fine are slim to none if you’re within the legal limits, but you’re probably safer just to stay away from it all. It’s recommended that foreigners don’t go near drugs while they’re in the country just to avoid any problems, even though it is legal, as I said, with the quantities I mentioned above. And if you are somebody who must imbibe in one of the above, then just be very discreet and stay within the legal amounts, and in the long run, you probably will be okay.

Now, having said that, you can chew on as many coca leaves as you want because that is totally legal. It’s gonna take a lot of them to get a buzz, but it is legal. And number two, you can chuck back half a pint of Iowaska and have a nice hallucinogenic trip without ever leaving your house because that is also very legal.

Tourists come here in droves every year to go out into the jungle, perform or take part in Iowaska ceremonies and talk to the animals, and that is all totally legal. So those are two legal options that allow you to partake in drug use without ever needing to worry.

Is Prostitution Legal in Peru?

Yes, it is. Prostitution between adults is legal for women and men over 18 years of age, if they register with the municipal authorities and if they carry a health certificate. And the brothels must be licensed. This makes them much cleaner and much safer than other places. Now, having said that, a lot of, in fact, I’d say from what I’ve read, the vast majority of sex workers in the country work in the informal sector where there is no health protection, and police tend to look the other way when it comes to unlicensed brothels. So yes, it is legal, but again, if this is something you’re interested in, use due diligence.

What Areas Would You Avoid in Peru? 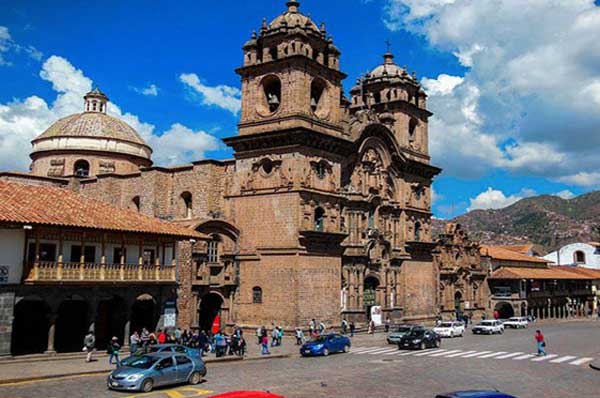 In the larger cities, there’s always going to be areas to avoid. Just a case in point, 10 of Lima’s poor districts are considered unsafe. These include Cercado de Lima, central Lima, La Victoria. But again, it’s unlikely you’re going to find yourself in the middle of these places, especially in the middle of the night, you know, when most incidents occur. And because these are deemed unsafe doesn’t mean that the minute you walk into any of these neighborhoods, you’re going to be in trouble. It just means you’re more likely to get into trouble, especially at nighttime if you’re in these areas.

If you look at stats about the country, you’ll find that the States is actually far more dangerous than Peru and has much more crime per capita than Peru does. About the only crime that is significantly larger in Peru, would be homicides, murder due to violent crime. But that’s pretty much going to be gang related or drug related and doesn’t have a lot to do with the rest of the population. So there you go. I hope those answered your questions, and thank you very much.