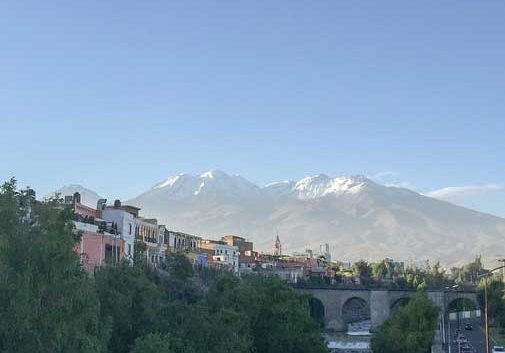 Vast coastal deserts, white-sand beaches, frozen Andean peaks, deep and mysterious jungles, active volcanoes, and a vibrant history and culture that dates back over 5 thousand years… Peru has all this, plus one of the most diverse and renowned cuisines in the world.

This country of 32 million stretches from the Pacific Ocean in the west to the Amazon and the Andes in the east. Peru is one of the most biodiverse countries in the world, second only to Colombia in terms of birds, and ranking in the top five for amphibians, mammals, and plants. Bordering Ecuador and Colombia to the north, Brazil to the east, Bolivia to the southeast, and Chile to the south, there are always lots of nearby places to visit.

Peru has long been one of South America’s leading tourism destinations because of its large number of famous archaeology sites, most notably Machu Picchu. Now the increased interest in Peruvian cuisine and ecotourism are pushing the annual number of American, Canadian, and European visitors close to the 2 million mark. Some of these visitors are deciding to stay long-term once they have discovered the great lifestyle Peru has to offer them.

You are given up to 183 days to visit when you initially arrive in Peru before you have to apply for one of the many types of resident visas available. The most common one for expat retirees is the Rentista Visa. This visa requires proof of income of at least $1,000 per month from Social Security or a qualified pension. Another $500 per month is required for each dependent. Unlike many other countries, it does not need to be renewed every year. After three years, you can apply for permanent residence or even citizenship and a second passport.

Expats are recommended to take advantage of the good network of private clinics and hospitals throughout Peru. Although public healthcare insurance is not readily accessible to expats, many private Peruvian insurance companies offer extensive policies at affordable prices.

What Does It Cost to Retire in Peru?

Peru is one of the least expensive countries to retire to. A budget of $1,500 per month will give you a good lifestyle in many parts of the country, especially outside the major city centers. Even in the southern Spanish colonial city of Arequipa, with a population of almost 1 million, modern three-bedroom furnished condos can be found for $600 per month in the city center. Smaller apartments or unfurnished larger units are available for half that.

In Lima, new waterfront condo units are currently going for less than $100,000 in districts close to the city center. You may not necessarily have a water view but you will be near the beach and within easy driving distance of popular Miraflores, with its modern malls, cinemas, shops, and fantastic restaurants.

Move to a small town such as Pisac in the Sacred Valley and expect to pay less than $300 a month for a small house. Only a short bus ride from Cusco and Machu Picchu, the valley is home to a large number of expats from all over the world.

Expats living in Peru say their food costs are 50% to 75% less than what they paid in the U.S. A wide variety of fresh fruits and vegetables can be found at the numerous local markets for bargain prices. Shop at the larger supermarkets for familiar Western products and you can expect to pay much more.

How is the Weather?

The climate is just as varied as the landscape. For the western part of the country, rainfall is almost non-existent. From Ecuador in the north to the southern border with Chile, a 1,500-mile stretch of arid desert dominates the coastline. Temperatures range from year-round tropical heat in the far north to more seasonal on the southern coast. For Lima and points south, the weather tends to be overcast from June to September, but temperatures rarely fall below the 60s F. As you head north from Lima, skies become clearer during these months. Mountainous areas are generally sunny during the day but cold at night.

December to April brings sunshine and hot weather to the coast, but heavy rain to the mountains and jungle. This is when locals flock to the beaches for summer holidays and long weekends.

Peru can offer you a great lifestyle at a much lower cost than you pay now. Whether chilling in the surfing town of Huanchaco or living the high life in Lima, you are bound to enjoy everything this culturally rich country has to offer. Come for a visit, stay for a lifetime!