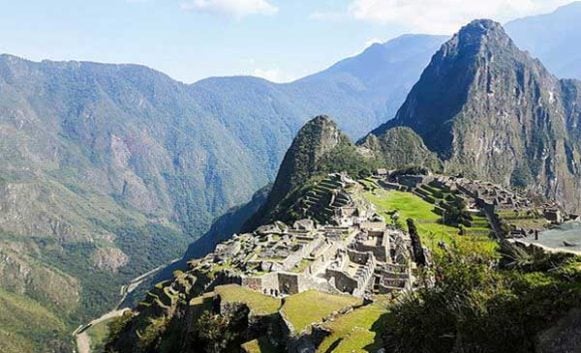 What Currency is Used in Peru?

The currency of Peru is the nuevo sol but is shortened just to sol or soles for day-to-day conversations. Banknotes come in denominations of 10, 20, 50, 100, and 200, but 200 is quite unusual, though you do get them periodically from the ATMs.

Can I Use U.S. Dollars in Peru?

Yes, you can. You can use U.S. dollars at many of the largest shops, but you’re probably not going to obtain a very good conversion rate in the process as is common in many other countries. Most real estate transactions, including rentals, use American dollars, and most ATMs provide the option of withdrawing U.S. dollars or Peruvian soles.

Where Can I Exchange Money in Peru?

The three most common places would be banks, the street money changers and, of course, the large business money exchanges. Banks often have very long lines, so it’s not the best idea, because it could take you a long time just to exchange a few dollars or a few soles. Most street money changers are pretty good, but, again, it’s difficult to separate the shady ones from the honest ones. It’s not unusual to obtain counterfeit money from these guys. And you also risk the chance of petty theft right after you’ve had the exchange or conducted your exchange as you go walking down the street with your pockets full of money.

If you really need to have cash on a regular basis while you’re traveling, the best bet is probably the big money exchange businesses if you want to exchange a lot of cash at one time.

It’s better not to carry around large amounts of cash and you can visit the ATMs as necessary. They’re all over the country, and with a little groundwork, you’ll find ATMs, BCP being one of them, which allow you to withdraw up to a 700 soles, which is about $212. Your bank determines how much you can take out on a daily basis.

I can use the machine at least two times a day, if not three, and each transaction costs about $4. But that’s only about 2%. So if you’re just here on holiday for a week or two, using the ATM is not that expensive. If you have a Scotiabank account in Canada or the U.S., you can probably withdraw cash from Peru’s Scotiabank ATMs without paying any fee at this end.

But remember, Peru’s a cash economy. Although the top credit cards are widely accepted in the larger outlets, most shops operate on a cash-only basis, and nobody ever has very much change. If you hand over a 100 soles bill for a 5 sol item, the shopkeeper probably won’t have enough change, and he’ll go running out the door looking for change from one of his buddies. So don’t be surprised if this happens when you go shopping.

The other thing you’re gonna run across in Peru is the questions, “Boleta o factura?” and, “Efectivo o tarjeta?” Every time you purchase anything, you’re going to be asked these questions. A boleta is a normal receipt. That is what you’re probably going to want. The factura is a business receipt that you would obtain if you have a tax number in the country or own a business. But that’s not going to be very common for most people, for most expats.

Efectivo is cash. Tarjeta is a credit card. So basically they’re asking you cash or credit when they ask you that question. But it’s an inexpensive country, so you don’t need to carry around a lot of money at any given time. When you realize that the minimum wage here is only about $300 a month, it puts things in perspective.

That’s about $12 a day. So an iPad or a cell phone is equal to three or four month’s wages for many people. And that’s a big temptation for a petty thief that sees some tourists walking around flashing either one of these items carelessly. And in general, it’s a non-tipping economy, except for higher-end restaurants. Most people leave a little change, but 5% or 10% would be the maximum tip that many people would leave.

A meal of the day for two with non-alcoholic drinks can be as little as $5. That would be your menu del dia. And that’ll get you a soup or salad and a small dessert as well.

A couple can dine out at a decent restaurant for $25 or $30, even with wine or beer. Long-term furnished rentals start at around $500 a month in places like Arequipa, Cusco, and Trujillo. Unfurnished apartments can be found for much less. Of course, in Lima, you’re gonna probably spend at least $800 a month, especially in the more popular districts, such as Miraflores or Barranco.

Get Your Free Peru Report