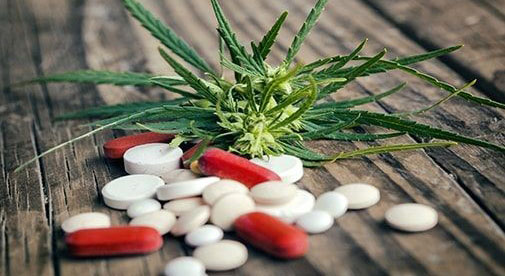 With many U.S. states allowing medical marijuana or related products, the plant has become a go-to remedy to ease a variety of symptoms and conditions. We’ve had significant reader interest in how the countries International Living covers are dealing with this issue. The concern: If I settle in a certain country, can I continue to use medical marijuana without fear of prosecution? Similarly, is cannabis-derived, non-psychoactive CBD oil allowed?

Here’s a roundup of the status of marijuana laws in key countries worldwide. Keep in mind that even in countries where marijuana is illegal but enforcement is lax, that those who violate the law still face the chance of deportation or stiffer penalties.

Portugal, which decriminalized all drug use in 2001, does allow medical marijuana. Patients can buy it from pharmacies with a doctor’s prescription. CBD oil is also legal. As far as recreational marijuana, according to the regulations, anyone found with a 10-day supply (five to 10 grams) must appear before a committee made up of a medical professional, lawyer, and social worker, who will recommend if the person needs treatment, must pay a fine, or is to receive no penalty.

Some political parties are pushing for complete legalization of marijuana, but, so far, recreational use remains illegal. However, personal use has been effectively decriminalized and is not prosecuted. The exception is the autonomous region of Catalonia, which includes the city of Barcelona. Here, medical and recreational marijuana is allowed.

Italy has allowed medical marijuana, prescribed by doctors and distributed through pharmacies, since 2013. The nation’s military grows a small amount, with more being imported. This has led to shortages for patients, although there are efforts to create a larger supply by expanding production to private firms.

Uruguay legalized recreational marijuana use in 2017. There are plenty of rules, however. Marijuana is sold in pharmacies, and it is grown and distributed by the government. Customers must register and are subject to restrictions on how much they can buy. Individuals can also apply to grow their own. Finally, only citizens and legal residents are eligible.

The legality of medical marijuana is being debated in the government, with discussion on eligible conditions, cultivation, and distribution. But medical and recreational use remains illegal, although possession and even cultivation of small amounts for personal use is allowed. CBD oil is legal.

In late 2018, Mexico’s Supreme Court found laws banning recreational marijuana to be unconstitutional. This doesn’t mean it’s legal yet, however. Although the ruling technically means that recreational use, possession, and cultivation should be allowed, the laws have not yet been changed. However, the government is said to be in favor. Still, possession of up to five grams has been decriminalized since 2009. Previously, in 2017, Mexico legalized certain forms of medical marijuana, specifically so-called cannabis derivative, like CBD oil and pills, containing less than 1% THC (the psychoactive component of marijuana).

Marijuana use is illegal in Panama, although the matter has been debated in the legislature. “A proposal was submitted to the legislative assembly that would have legalized certain forms of medicinal marijuana and addressed the difference between THC and CBD products. However, it stalled. I don’t know if or when the assembly plans to debate again,” says IL Panama Editor Jessica Ramesch.

This tiny Central American country allows a person to have up to 10 grams of marijuana and use it only on private property. Cultivation or sale is illegal. CBD oil is not sold or mentioned in the law, but local expats report that many bring it into the country without problems.

After years of very strict laws and lengthy prison sentences (which are still in effect), Thailand’s government has legalized marijuana for medical use. Only government agencies, licensed private firms, medical doctors, and farmer co-ops will be allowed to grow cannabis. Recreational use remains illegal.

The government of this Southeast Asian country outlaws any use of marijuana or CBD oil. But, that could change now that neighboring Thailand has legalized medical marijuana.

6 Countries with the Best Healthcare in the World