Healthcare is one of the most important factors potential expats consider before moving abroad and in the right places overseas it’s possible to access world-class care for a fraction of the cost back home.

Measuring the quality of healthcare is difficult, and it’s hard to put a number on it. However, we can put a number on the price of medical procedures. And these costs (as well as quality) helped us score each of the 24 countries in the healthcare category of our 2020 Global Retirement Index. 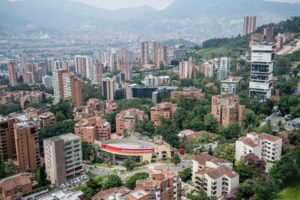 Colombia is the second most bio-diverse country in the world. Located in the north of South America, it has coastline on both the Caribbean Sea and the Pacific Ocean, borders the Darien jungle to its west, and the Amazon to its east. With 1,889 species of birds, Colombia is home to 20% of all species on earth.

All this gorgeous scenery is a backdrop to one of the best things about Colombia–its warm, accepting people. Happy to share their country with foreigners, the Colombians will welcome you into their communities with music, dancing, interesting local food, and of course festivals.

Four of these hospitals are Joint Commission International accredited, the gold standard in world health. JCI, or Joint Commission International, is a non-profit patient-safety organization that certifies hospitals around the globe. Two are located in Bogotá (Fundación Cardioinfantil – Instituto de Cardiología, and Hospital Universitario Fundacion Santa Fe de Bogotá), one is located in Medellín (Hospital Pablo Tobón Uribe), and one is located just outside of Bucaramanga (Fundación Cardiovascular de Colombia – Instituto del Corazón).

“As a retired healthcare executive from the U.S., I know quality healthcare when I see it,” says Nancy Kiernan, IL Colombia Correspondent. “The high-tech, world-class care I receive in Colombia does not cost ‘an arm and a leg.’ My premium for public health insurance is only $75 per month, and my co-pay for lab tests, prescription medications, and other services is only $4.” 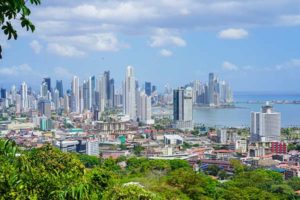 Panama is the southernmost country in Central America and is bordered by Costa Rica and Colombia. Located only 622 miles from the equator, Panama has almost 12 hours of sunlight and darkness with a slight variation of only half an hour between months throughout the year.

Panama is one of the most sophisticated and technologically advanced countries in Central America—and quality healthcare facilities are a function of that. Panama’s hospitals, clinics, and laboratories are clean, have modern equipment, and compare favorably with their counterparts in just about any country.

Clinics and hospitals are tactically located in hubs across the country. And since the country is so small, you’re unlikely to be more than an hour from a modern facility, no matter where you choose to live. It’s also not unusual to find English-speaking doctors here, as many study abroad after finishing their initial training in Panama.

“The thing about healthcare in Panama is that it’s consistently excellent and affordable,” says Jessica Ramesch, IL Panama Editor.

“I’ve been living in Panama City for 15 years now and I’ve received top-notch care from my general MD, chiropractor, dermatologist, and the list goes on. Nowhere on earth is perfect. But for me, living in a nice place, where I am not constantly stressing about 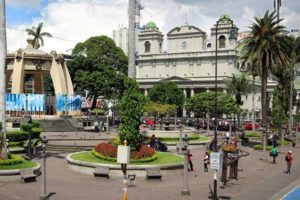 Costa Rica is a Central American country with coasts along both the Pacific Ocean and the Caribbean Sea. Long stretches of deserted and undeveloped beaches on the Caribbean and Pacific Coasts…dense jungles teeming with exotic wildlife…towering volcanoes, lush green valleys, and hundreds of crystal-clear lakes, rivers, streams, and waterfalls…all these things, and much more, are drawing people to Costa Rica.

Whether expats live in this beautiful country full- or part-time, they relish the climate, neighborly atmosphere, low cost of living, excellent healthcare, stable democracy, and countless ways to have fun.

By almost any standard, Costa Rica has some of the best healthcare in Latin America. There are two systems, both of which legal residents can access: the government-run universal healthcare system, Caja Costarricense de Seguro Social, known as Caja, and the private system. Both health systems are constantly being upgraded—new clinics, new equipment, and improvements in staff training.

Despite the advancements, costs are low in comparison to those in the U.S.

“One of the reasons Costa Rica is so appealing for retirees, and expats in general, is because of the low cost, excellent healthcare options,” says Kathleen Evans, IL Costa Rica Correspondent.

“The country has three JCI certified medical centers in the nation’s capital, San José. This is the highest global designation awarded in the healthcare industry.” 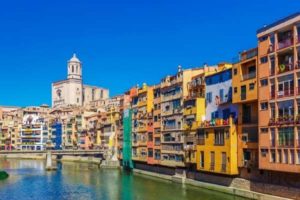 Western Europe’s second-largest country (just slightly smaller than France), Spain offers fantastic variety in terrain, culture, and lifestyle. To start with, Spain has nearly 3,100 miles of coastline, and much of it is beach. In Northwest Spain, the hills are green, the climate is humid and mild (much like Oregon), and the coast is the chilly but dramatic Bay of Biscay. Spain’s eastern coast and part of the south border the warm waters of the Mediterranean, while the far-western reaches down south look out on the Atlantic.

The World Health Organization ranks Spain as having one of the best healthcare systems in the world. The public system is widely used, but private healthcare is excellent and affordable, including 26 JCI-accredited facilities.

Facilities tend to be modern, with state-of-the-art equipment, and Spanish doctors must pass rigorous qualifying exams to get their license to practice. The central government used to be the sole regulator of healthcare, but now each of the country’s 17 Autonomous Communities takes individual responsibility for implementing and executing healthcare.

Spain has both private and public healthcare systems.

“I think one reason Spaniards enjoy life as much as they do is because they have no healthcare worries,” says Marsha Scarbrough, IL Spain Correspondent. “They know that their health needs, whether minor or catastrophic, will be handled without financial burden. That kind of peace of mind is priceless.”

Just like Michele and Stanton Cohen who believe, they struck lifestyle gold in their retirement. They moved to Girona over three years ago from Yuma, Arizona.

The city’s Mediterranean climate, proximity to Barcelona’s international airport, and relaxed lifestyle are the factors most compelling to outsiders. It is also affordable—leaving more money in their pockets.

And after working at a hospital in Arizona, Michele has good things to say about Girona’s medical infrastructure.

“Medical and dental care are excellent,” says Michele. “The prices are about one-third of U.S. medical costs, if your insurance doesn’t cover it.” 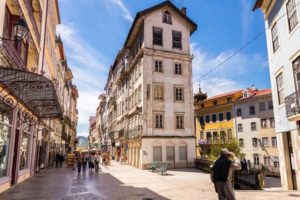 Scoring 99 out of 100, Portugal claims the top spot in the Healthcare category of International Living’s Annual Global Retirement Index 2020.

Located on the Iberian Peninsula, Portugal is the westernmost country of mainland Europe. Together with the archipelagos of the Azores and Madeira, it comprises the Portuguese Republic. Bordered by Spain to the north and east and the Atlantic Ocean to the south and west, its population of just over 10 million occupies an area of 36,000 square miles, roughly the size of the state of Indiana.

“Affordable, professional healthcare in Portugal costs a fraction of that in the United States and Canada, and savings also exist for those from the U.K. and other countries who choose Portugal as a destination for routine and elective procedures,” says Tricia Pimental, IL Portugal Correspondent.

Many if not most doctors who graduate from these fine universities do studies and residencies in the U.K. and other European countries. Additionally, many of their upper-level courses are taught in English. This results in most medical professionals having some level of fluency in the lingua franca of the 21st century.

“My husband and I have accessed both the public and private care options multiple times over the past seven years, with great satisfaction,” says Tricia Pimental.

“We have mid-tier private insurance at a cost of about $130 a month for the two of us, but the public system works great for us as well. We pay $6 for a visit to a clinic.

In big cities and tourist areas, you are likely to find as good or better medical treatment as you have experienced in your home country. Even in a small town, you can find excellent care.

“And in terms of prescriptions, the costs are also low. They fall under three different categories:

“With a doctor’s prescription and if you are a resident with an identifying number in the National Health Service, items like insulin and Metformin, for example, are free, and statin drugs, to use another example, cost only a few euros.

“And if you have no prescription and you are not seeking either an antibiotic or a controlled substance like pain medication, frequently it can be purchased over the counter at that same fixed price.”

The Cheapest Places in the World to Live 2020