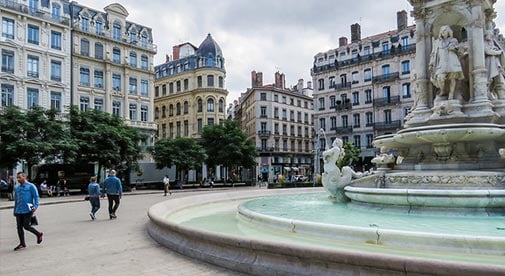 While known as purveyors of “la belle vie” (the good life), the French tend to have very healthy lifestyles, thanks in large part to one of the best healthcare systems in the world. Never ones to shun a glass of Pinot Noir or a creamy slice of Camembert cheese, it’s a wonder how they maintain such a high life expectancy.

Based on the latest data published by the World Health Organization (WHO), life expectancy for men is 80.3, and 85.8 years for women. It turns out that there are a few simple factors that contribute to French longevity, namely, eat a bit of everything (in moderation) and maintain regular healthcare check-ups. No one in France is ever shy about visiting the doctor.

The low cost of health insurance and the superb quality of care means that France consistently receives high scores in the healthcare category of International Living’s Annual Global Retirement Index.

In previous years, French healthcare has garnered the top spot in world rankings by the WHO and, most recently, the World Population Review. The system offers universal coverage for all citizens, regardless of age, financial situation, or pre-existing conditions. Everyone is eligible, even foreigners residing in France. As an expat, you can apply for healthcare after three months of living in the country. France must be your primary residence for six months of the year, or 183 consecutive days. Once in the system, you are entitled to a 70% to 100% reduction on healthcare treatments. 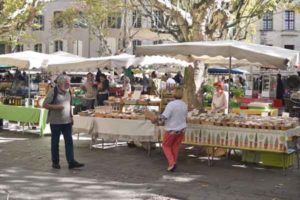 Who is eligible for the French national health system?

France has a universal system of healthcare, called the Protection Universelle Maladie (PUMA). This system grants an automatic and continuous right to healthcare for those who legally reside in France in a “stable and regular” manner. This means if you’ve lived in France for three consecutive months and are a permanent legal resident (i.e. you reside in France at least 183 days per year), you’re eligible to apply for public healthcare coverage.

You are eligible to join the system right away if you are legally employed in France and pay into the French social security system.

Because having medical insurance is a mandatory requisite of living legally in France, you must have private insurance if you’re not eligible for the French system. Fortunately, reasonably priced medical plans for expats are available. For example, take a look at Association of American Residents Overseas to assess their varied comprehensive plans. There are also a number of British companies that specialize in providing healthcare for expats.

Visits to the Doctor

Since healthcare costs are fixed by the government, a visit to the doctor will cost the same amount whether you visit a practitioner in Paris, Nice, or Strasbourg. The current cost is €25 ($29), which is paid directly to the doctor during the visit. When enrolled in the healthcare system (after the three-month mark), 70% of that cost is reimbursed—meaning a doctor’s visit will actually cost you around $9 out-of-pocket. The reimbursement is deposited directly in your bank account within a week of your visit. You can consult your reimbursements online (www.ameli.fr) via your healthcare account.

Specialist’s visits are €50 ($58), and you can arrange for a doctor to make a house call through a private service called SOS Médecins (www.sosmedecins-france.fr). These visits usually cost between $40 to $100, depending on the time or day of the week. During standard business hours, visits are €35 ($42), while visits between 8 p.m. to midnight will run you €71 ($84), for example. As with all health services in France, you can check the fixed costs online before making your appointment. These services qualify for a 70% reimbursement.

If you’re visiting the country and fall ill, you can ask the tourist office, a pharmacy, or your hotel to recommend a doctor. 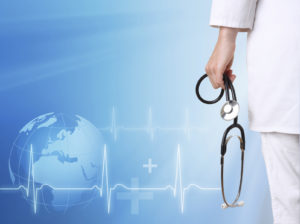 You’ll be reimbursed 80% for treatment the first month and 100% thereafter. Treatments for certain major illnesses, such as cancer, are reimbursed at 100%. Other long-term illnesses covered at 100% include: diabetes (type 1 and 2), heart disorder, dementia, Parkinson’s disease, certain neurological or muscular diseases, and chronic lung disease. A complete list is available on the national healthcare website: www.ameli.fr.

To benefit from the 100% coverage, your general practitioner will write a treatment plan which lists the specific healthcare protocol to follow.

Regardless of treatment costs, you’ll also be charged a non-reimbursable rate of approximately $20 per day for bed occupancy. You can opt to stay in a private hospital, but the reimbursement rate is significantly lower at only 10% of the total cost.

Paying into the System

For those who are paying into the French Social Security System, healthcare is a lot cheaper than taking out private healthcare plans.

To pay into the system, residents are charged roughly 8% of their declared income (after a standard deduction). As an example, someone reporting $34,000 a year in income would pay around $1,800 a year for healthcare in France. Due to a tax treaty with the U.S., passive income (pensions and social security benefits) is excluded from these calculations.

As previously stated, this payment allows you to be covered for 70% of the state-set rates for doctor’s visits and 80% of set-rates for hospital visits. Prescription drugs are covered at a minimum of 70%, with some drugs qualifying for 100% coverage. Most people sign-up for private insurance (called a mutuelle) to cover any shortfall.

To make up the remaining amount in excess of the 70% reimbursement (80% for hospital stays), many French residents opt for private, or “top up”, insurance. Several options exist, and rates vary from $36 to $72, on average, per month. Outside of the extra coverage you’ll receive, private insurance helps make up the difference for more invasive dental procedures. While simple dentist visits, exams, fillings, and cleanings are on a fixed rate determined by the state, treatments like root canals and crowns exceed the fixed minimum rate. Dental visits currently run from €30 to €54 ($36 to $65)—depending on the exams performed. A ceramic crown has a maximum cost of €440 ($528), of which French healthcare has agreed to pay back €120 ($144) of that cost. The rest would be out-of-pocket or covered by top up insurance.

An excellent and affordable system, French healthcare is an efficient service available to French citizens and foreigners alike. Under the plan, residents are also covered when traveling to other countries within the European Union. You can apply to have your CEAM card (carte européenne d’assurance maladie) at any time on the www.ameli.fr website, or fifteen days, at the latest, before you leave for your trip.