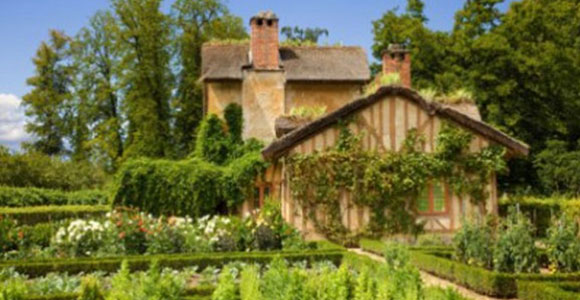 France currently reigns as the most visited country in the world, leaving little question that many people find traveling in France a must-do at some point in their lives.

France’s most serviced international airport is Charles de Gaulle, just outside of Paris. Flights from New York to Paris takes around seven hours; from Los Angeles it takes 11 hours. Once in Paris, you have numerous transportation options to travel around France. Domestic and charter flights generally depart from Orly airport just south of Paris. Trains connecting you to nearly every destination in France and Europe leave from a number of Paris’ centrally located gares (train stations). You can also rent a car to travel around France, although I wouldn’t recommend it in Paris.

Even if you’re planning only a short stay in Paris, you may have time for day trips to the suburbs or even the provinces. Such a plan will allow you to enjoy many of France’s most prominent tourism attractions while maintaining a base in Paris.

Giverny:  Claude Monet’s exquisite flower gardens and Japanese water garden will be startlingly familiar to you from his many famous impressionist paintings.  Although Monet painted these gardens over a hundred years ago, when you’re in the garden it feels as if time stood still.

Loire Valley Châteaux: The Route of Kings: Enjoy a day in the Loire Valley discovering the Renaissance castles of Chambord (residence of the King Francis I), Amboise, and the castle bridge of Chenonceau.

Normandy–The D-Day Landings: Arriving at the heart of the site of the Battle of Normandy, this trip includes a visit to the Caen Peace Memorial, Pegasus Bridge, Arromanches, and the Batterie de Longues-sur-Mer, where a German artillery battery gave Allied ships a pounding on the morning of June 6, 1944. The only coastal battery to have kept its guns, it shows what an Atlantic wall gun emplacement was really like. Overlooking Omaha Beach, the American cemetery contains over 9,000 perfectly aligned white crosses on a 170-acre plot.

Places to Visit When Traveling in France

The Dordogne: Both a département and a river, the Dordogne is the golden heartland of the southwest, part of the huge region of Aquitaine. Just to confuse us foreigners, many French use the name Périgord when talking about this incomparably lovely area. This is the quintessential rural France. Everywhere here seems just so pastorally perfect, right down to the bright splash of dainty butterflies and the occasional fluffy duckling paddling down river. The Périgord summers are gloriously warm and sunny. Under resplendent blue skies, the countryside is a feast for the eyes, a harvest festival of vineyards, fields full of sunflowers, tobacco plants, and corn, with shady walnut groves and stands of oak trees that might hide an underground treasure-trove of gourmet black truffles.

The Côte d’ Azur (French Riviera): Boats bobbing in the harbor, villas draped with bougainvillea, and the turquoise sea sparkling in the sunshine…who can resist Provence’s Côte d’Azur–the French Riviera? Certainly not the large international community of expatriate retirees, drawn here by the mild winter climate. Strung out between Hyères and the Italian border, 26 resorts line this turquoise coast of rust-colored cliffs.

The Other Provences: Aix, Arles, Avignon, and More: Here you’ll find a lavender-scented landscape of starry nights and sunflower fields made famous by artists like Van Gogh and Cézanne. Daydreaming under the southern sun, this is a world where life is still lived at a pleasant, civilized pace. While Provence is not France’s most inexpensive region, it does have some of the loveliest towns, villages, and styles of architecture–and great weather, too.

Bordeaux: One of the best-known wine-producing regions in France.

Alsace: You may feel like you’ve crossed the border into Germany, but rest assured, it’s still France.

Once you’ve decided where to go, you’ll need to decide where to stay. A luxury hotel, a charming little chambre d’hôte (B&B) with just a handful of guestrooms, or maybe a self-catering gîte, tucked away in the silent green heart of the countryside. Although you’ll pay top dollar in Paris’ swankiest establishments, French hotels are generally affordable. In the provinces, many two- and three-star hotels cost from $55 to $85 for a room for two. The great thing about travel in France is that you don’t have to look long or far to find places that are deliciously charming and old world.