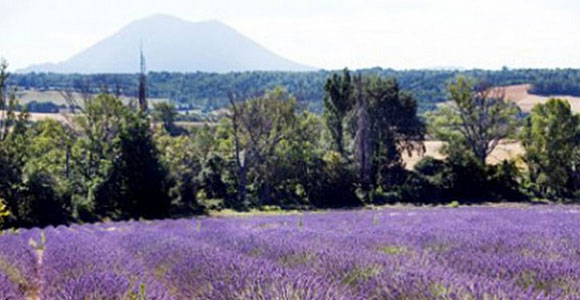 Imagine relaxing in the garden of your own French home, a pretty stone cottage set among a landscape of orchards, vineyards, and flowery meadows. Wouldn’t it be fun to go to that truffle festival in the little village in the next valley over…or maybe now’s the time to go to Paris for a couple of days and check out the new season’s fashions…then again, you might do nothing more strenuous than get out your newly acquired easel and brushes and meander downstream to where the ducks are nesting beside the old mill.

La Belle France seems to have more than its fair share of good things—not least of which are food, wine, and haute couture. If you are contemplating a new life in Europe, you’ll find that few other European countries can match what France has to offer…especially when considering price. And we’re not talking about only ruins and renovation projects, either. The trickiest thing will be deciding which bit of France holds the most appeal for you.

If you’re in the market for real estate, you will find much of France is surprisingly affordable. This is a predominantly rural country, and if you have notions of restoring a cottage, a farmhouse, or even a château, there’s an ample supply to choose from. There are also many drowsy backwaters where ready-to-move-into properties still trade hands for next-to-nothing prices.

Of course, Paris is one of the world’s great cities and many expatriates have found a home away from home here. Small pockets in the capital are surprisingly affordable. Bear in mind, however, that you’re unlikely to stumble across a large, inexpensive apartment right in its historic heart. Most Parisian apartments are rather small. Still, a Paris pied-à-terre could turn out to be a great investment, and it doesn’t take huge sums to get on the property ladder.

If you love the idea of city life, but Parisian prices intimidate you, take a look at a few other large, dynamic, more affordable French cities. Lyon, a stunning city of 500,000 in the Rhône-Alps, is known as France’s gastronomic capital. Apartment prices are a fraction of those in Paris even though life there is equally stimulating and the city, which has not one, but two rivers flowing through its center, just a beautiful.

A little farther south in the Languedoc-Rousillon region, you’ll find Montpellier: a laid-back, affordable town only a stone’s throw from the Mediterranean. Here you’ll be charmed by the medieval history of the city and ancient stories of the region. Although decidedly a mellow city, it offers plenty of diversions – from rocking music festivals to peaceful nature trails – and the cheerful energy of the city offers is palpable. And again, the housing rental and purchase prices are markedly less than in Paris.

Another favorite haven for North American retirees is the Côte d’Azur, the French Riviera. Although luxury villas don’t sell for giveaway sums in this part of France, a Provençal home can, in fact, be more affordable than you’d expect.

If you’re not quite ready to retire, you may want to consider the idea of running a chambre d’hôte, the French equivalent of a B&B. Or maybe you’d like to own your own vineyard and bottle your own vin du pays d’oc. There are countless options in France that are more easily achievable than you realize.

Whether you’re looking to retire to Europe, relocate, or simply plan an extended adventure, France should be at the top of your list of possibilities. It has all the ingredients that we at International Living look for: a good climate…unspoiled countryside…top-notch culture…excellent healthcare…colorful traditions and history…

It’s not surprising that France is the world’s favorite destination, receiving in excess of 80 million visitors each year.