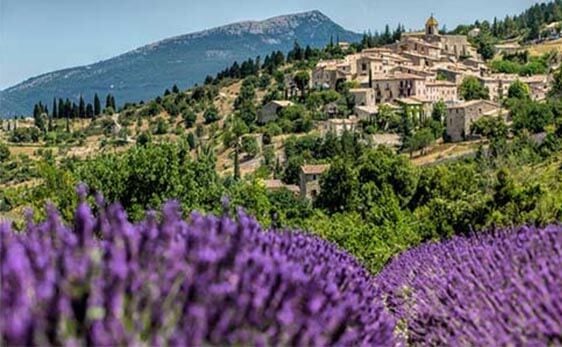 When you think of France, you probably imagine the grand boulevards of Paris, the sparkling lights of the Eiffel Tower, and perhaps a few of the eternal icons of the City of Light—the Seine River, Notre Dame Cathedral, and the Louvre museum, to name just a few.  Toss in a few Frenchmen wearing berets and cycling through the flower-filled countryside (baguettes in hand) and your picture of la Belle France might be quite complete.

In some parts of France these images still hold true, but this enchanting country, which has beguiled travelers throughout the ages, has many diverse, spectacular regions which extend far beyond its glamorous capital. 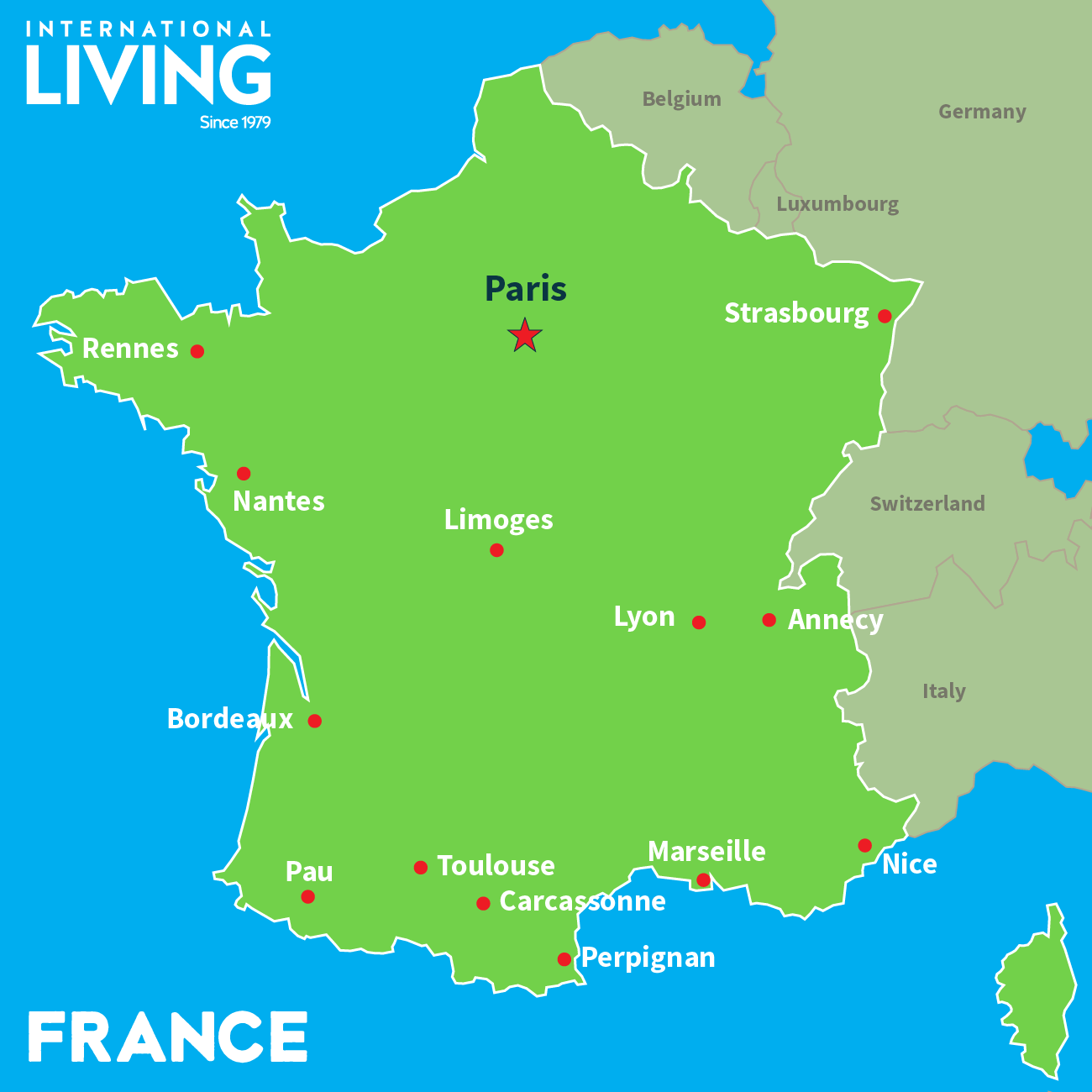 The largest country in Europe, France shares borders with multiple neighbors—whose influences are felt in everything from architecture to language, fashion, and cuisine. In the east, France has a common border with Belgium, Luxembourg, Germany, Switzerland, Italy, and the Principality of Monaco. Traveling to the southwest of the country, you’ll bump up against Spain and the Principality of Andorra in the southeast. The country also has eight overseas territories, including the Islands of Guadeloupe, Martinique, Saint-Martin, Saint-Barthélemy, and French Polynesia (amongst others).

The French island of Corsica lies just off the mainland, a five-hour ferry ride from the city of Nice in the Mediterranean Sea. Kissing-cousins with nearby Italy, Corsica is known as the L’île de beauté (the Beautiful Island) and has some of the most diverse landscapes in all of France.

As Audrey Hepburn once aptly remarked, “Paris is always a good idea”. With some of the world’s most fascinating monuments, a treasure-trove of gourmet restaurants, and an air of romance quite unparalleled in major cities its size, it’s hard to argue with this sentiment. Located in northern France along the Seine River, Paris is at the heart of the French region known as the Ile-de-France. Besides being a tourist haven (averaging 17 million international visitors per year), Paris is also the stronghold for some of the country’s most innovative and powerful businesses. Take a trip to the financial district, called La Defense, and you’ll discover a skyline that has Manhattan-like ambitions. Host to 1,500 French and multinational companies, famous residents include HSBC, American Express, Axa, and Deloitte France.

France’s third-largest city, Lyon, is located about 290 miles south of Paris in the central-western part of the country. A bustling urban dynamo, you’ll be hard pressed to find another urban space more emblematic of French culture and values than Lyon. Known the world over for its gastronomic delights, the city gives new meaning to the term “bon vivant”.  Currently home to no less than 20 Michelin-star restaurants, Lyon is often touted as the birthplace of French cuisine thanks its most famous son—enigmatic chef Paul Bocuse. Full of architectural and cultural wonders, a full 10% of the city has qualified for UNESCO World Heritage status. At the intersection of the Rhone and Saone rivers, the area around Lyon is also an important wine-growing region.

Situated in southwestern France, in an area affectionately known as “le Midi” (the middle region of southern France which stretches from the Atlantic Ocean to the Mediterranean Sea) Toulouse combines classy living with a laissez-faire attitude that locals might attribute to the city’s enviable location. In the shadow of the Pyrenees Mountains, the surrounding countryside is full of picture-perfect French villages awash in culinary and cultural traditions. A car ride further south will take you to Lourdes, Pau, and quaint towns along the Spanish border. Head west and you’re a day-trip away from the beaches of fabled Biarritz and the seaside towns of the Atlantic coast. Known as La Ville Rose (the pink city) due to the reddish-brinks used to construct many of its iconic buildings (see Capitole Square, one of Europe’s most elegant public spaces), Toulouse is a must-see destination in and of itself. Bordering the scenic Canal du Midi, many flock to the area for “barging holidays” which take travelers slowly down the river and through the French countryside.

Provence and the French Riviera

Although “le Midi” is a reference known to the French for the southern region of the country covering Occitanie and parts of Aquitaine, most people will be more familiar with the “other” south of France—Provence and the French Riviera. A large swath of land—extending from the town of Menton on the Italian border, to the chaotic metropolis of Marseille, and the chic university town of Aix-en-Provence— one of the top tourist destinations in the country.

Administratively, the region is known as Provence-Alpes-Côte d’Azur; famous for glamorous enclaves like Nice, Cannes, and St. Tropez, and areas of serene beauty like the Plateau de Valensole where seas of lavender bloom each summer from June to early August. This is the lush, windswept land favored by artists Cezanne, Picasso, and van Gogh due to its striking quality of light and abundant natural landscapes. One thing is for sure, you can’t visit Provence without sampling one of its star products: rosé wine. 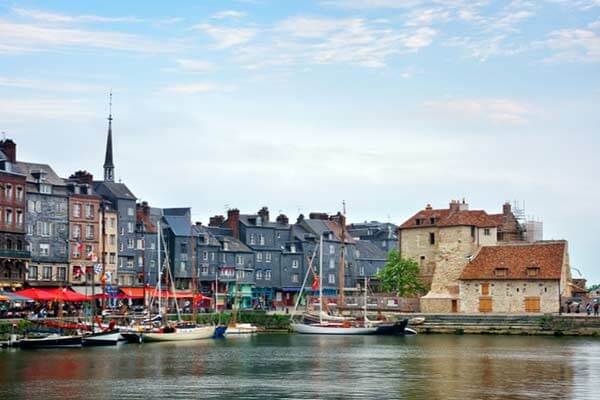 They might not have the almost-eternal sunshine of their southern neighbors, but the northern and eastern regions of France are no less spectacular. Take a drive along the coastline of sublime Brittany, located in northwestern France, and experience the magic of its fortified towns and fairytale castles.  An equally beguiling neighbor to the north, Normandy is full rustic charm and historical wonders like Mont-Saint-Michel. The Grand Est (Great East) region of France hugs up against Belgium, Luxembourg, Germany, and Switzerland and includes the enchanting lands of Lorraine, Alsace, and Champagne-Ardenne.

France is a big and beautiful country. I have only attempted to scratch the surface of what lies within her borders. If you have the time and resources, hit the road on your own—visiting the chateaux of the Loire Valley, the vineyards of Bordeaux and Burgundy, and the serene French Alps along the way.