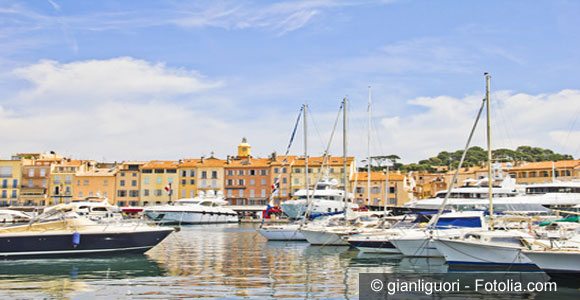 An Overview of French Taxes

Tax residents of France must report worldwide income. Tax is calculated on the total income of the fiscal household, which includes income from a spouse, children younger than 18, and, in some cases, adult children, too. Americans are given somewhat favored treatment, as the U.S.-French income tax treaty takes into account the U.S. rule that Americans are required to pay tax on U.S. income in the U.S.

To compensate for this, the French-U.S. tax treaty allows U.S.-source income to escape direct French tax, but will push the tax rate on other income to a higher rate-band. The top French tax rate is currently 40%, but surtaxes could boost the top rate to 51%. The rate of tax also depends on your marital status and the size of your family.

As indicated above, tax treaties should always be checked to be sure that you are getting every advantage offered by your country’s treaty with France. (This also applies on the gift and estate tax level.) French income tax paid on non-U.S. income and capital gains can generally be used as a credit against U.S. tax on the same income.

Are You a French Tax Resident?

Many people have the idea that tax resident means that you are present in France for more than 183 days during a calendar year. Wrong. Some people think that you are not taxable if you do not have a resident card. Wrong. The French law provides four factors, and if you meet any one of them, you are considered as having a tax residence in France:

1. Your “foyer fiscal” is in France. This is the place where you alone or you and your family customarily live. I call it the “pipe-and-slippers” test. If you are married and your spouse and children live in France, you are almost surely going to be considered as having your foyer fiscal in France, even if you spend most of your time working outside France.

2. You spend more time in France during the calendar year than in any other country. This is the derivation of the famous but misleading 183-day rule. If you spend more than 183 days in France in a calendar year, then mathematically you cannot spend more than that elsewhere. So even if you are retired or work occasionally in other countries and not at all in France, you have satisfied this criterion. But if you spend less than 184 days in France but cannot prove that you spent more elsewhere, you have not satisfied the criterion, and are exposed to being categorized as a French resident.

3. You work in France, either as en employee or self-employed, unless you can show that the activity is accessory to your main activity located outside France.

4. The center of your economic interests is in France. This is less specific than the others. It could mean that you manage your foreign investments from France, or that you derive most of your investment income or of your total income, of whatever nature.

If you can prove that you are also resident in another country, such as the U.S., as determined by U.S. law, then the Income Tax Treaty between those countries provides a set of rules that helps to prevent double taxation. If each country can claim you as resident under its own laws, the treaty makes nationality the tie-breaker, so if you have U.S. nationality and not French as well, the French cannot tax you. Remember, though, that this holds ONLY in the case where you are considered a resident of France by the French tax people and you can prove that you are also a resident of the U.S., a rather rare case. The treaty provides a step-by-step analysis for analyzing your residence situation before you get to the tie-breaker step.

While the French system does not offer as many tax deductions as in America, there are some, such as mortgage interest deductions, investments in certain real estate programs, charitable donations, support payments, and others, including special deductions for employees.
If you are self-employed, you will also be able to claim expenses such as travel to and from work, business rent, salary and related expenses, business meals, travel and entertainment, business gifts, and many others. Americans will find that the range of deductions for a self-employed person is quite similar to “Schedule C” deductions in the U.S.

The tax is calculated by the tax department and you will be billed in three installments (February, May, and September/October) or, if you so opt, it can be withdrawn automatically by the tax department in 10 monthly installments. So you are in effect paying your 2007 in 2009, your 2008 in 2010, etc. Funny system, but it seems work. The French have been talking for years about income tax withholding from salary and other early payment systems, but nothing seems in the offing.

Social security charges are quite high. Employees lose about 22% of their salary to social security withholding (the employer pays an additional 40% or more). Self-employeds can expect to pay about 35% of their profit as social security tax. While this is deductible in the following year’s Profit & Loss Statement and thus reduces income tax, it is a small balm. A self employed can conceivably pay about 70% of his or her profit in the form of taxes: social security, doing business tax ( taxe professionelle), and income tax.

Capital gains tax: The tax rate is not as generous as in the U.S. (where it is 15%), but is certainly lower than the income tax rate. At present it is 16%, but the 11% social security surcharges are added to that rate, resulting in a 27% total rate. This applies to most stock sales as well as sales of real estate by residents. Non-residents living in the U.S. pay 33.3% on gains from the sale of real estate, which is reduced by 10% per year after you have held the real estate for more than five years; and non-residents living in EU countries other than France pay only 16% on sales of real estate, which is also subject to the 10% per year reduction rule. As I said, tax residents pay capital gains taxes at 27%. Aside from benefitting from the above-mentioned holding period rule in the case of real estate, they get a special advantage of paying no capital tax upon the sale of their principal residence. U.S. citizens are not so fortunate, though, as they must report the sale to Uncle Sam and, although they get a substantial write-off of part of their capital gain, any remainder is taxed at 15%.

Wealth tax: Most everyone knows about the French wealth tax—the impôt sur la fortune. What is a fortune according to the French? Anything over €770,000 ($1.1 million at today’s exchange rate). Certain assets—such as art, antiques, and business assets—are not taxed, and there is a 30% reduction in value for your principal residence. Otherwise, global assets at market value are subject to the tax on an annual basis. An American is exempt on non-French assets for the first five full years of French residency (assuming he does not also have French nationality). Rates on the amount over the exemption are from 0.55% to 1.8%.

Inheritance tax in France: This fairly complex area of the law (including the gift tax law) can be summarized as being a tax imposed on the heirs (or donees) of a decedent (or donor). Although a single tax return is filed six months from date of death (or one year for non-residents—to report certain French assets), rates depend on the relationship between the heir and the decedent. Bequests to a spouse are tax-free. Bequests to children or grandchildren range from 5% to 40%. Siblings are taxed at 35% and 45%, and others are taxed at either 55% or 60%, depending on their degree of kinship. Any tax paid in France is generally creditable against U.S. estate tax on those assets. There are some important exemptions, such as for employees on assignment, but only for a limited period, as well as for others who retain a domicile in the U.S. and die within five years of arriving in France.

The U.S. Embassy provides a list of English-speaking tax accountants and lawyers who prepare tax returns and give tax advice. The one we recommend is Sam Okoshken, a U.S. tax lawyer practicing here for many years, who has an accounting team and legal staff to back him up. 26 rue Marbeuf, 75008 Paris. tel. (33)1-42-56-54-20; fax. (33)1-42-56-48-10; email: [email protected]; website: www.okoshken.com. Sam prepared this short summary of the French tax law.