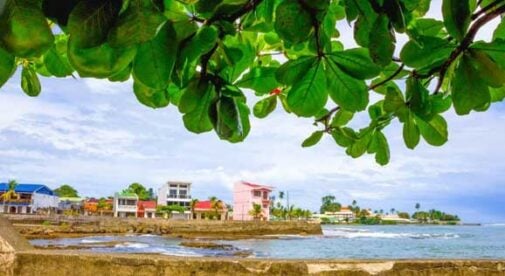 If you are researching the best places to live (or visit) in Costa Rica, with just a few keystrokes of an online search you’ll be presented with hundreds of suggestions. But on the flip side, there is not much warning about places to avoid. General safety? Yes. But you will find few suggestions of places not to live or even visit. It is time to fill that avoidance void.

Just like in nearly every country, there are regions, cities, or neighborhoods of which you want to steer clear. Most of the places I will cover in this article should be avoided based primarily on personal safety. For example, if humanitarian organizations have that particular location on their volunteer warning list, you are not going to want to go there. But there are also other reasons. Some places are simply not expat-friendly. They may lack the housing and amenities foreigners are seeking, or may not offer a social circle of any English-speakers, or it may just be a place lacking in beauty, often due to poverty. Yes, even in the stunningly beautiful country of Costa Rica there are some less-than-spectacular places.

There are a number of neighborhoods in the San José area that are considered violent and/or dangerous and should be avoided. El Infiernillo (the little hell) would be considered one of them. Perhaps the name sums it up. Located northwest of the town center of Alajuela and Juan Santamaria International Airport, there is no reason for expats or tourists to spend time there, especially at night. Most of the violence and bloodshed in the area comes from rival gangs’ drug wars. The neighborhood has become the main distribution point for marijuana, cocaine, and crack.

This densely populated neighborhood on the northern fringes of San José has long been known for its extreme poverty and high instances of crime and drug use. It has been a conflicted area since surrounding municipalities relocated high-risk residents to a government housing project located there—and since then mini-slums have popped up surrounding the project. Although there have been government-funded attempts to rehabilitate the area, it still remains on the places to avoid list.

Other dangerous San José neighborhoods to avoid include Los Guido, Desamparados; and La Carpioé. As well as the El Carmen neighborhood in nearby Cartago. Again, most crime in these places is related to financial inequities and drugs.

The city of Limón is not a popular place for expats or vacationers. This is Costa Rica’s largest port city—receiving and exporting a whopping 80% of the country’s shipping services. Port cities tend to have a seedy edge in general, and Limón is no exception. This is also the epicenter of Costa Rica’s drug trafficking sea route. It is a perfect stop-off point for highly concentrated Jamaican marijuana and Colombian cocaine routed onward to satisfy the demand in North America. Also, to the north of the city, Tortuguero National Park consists of hundreds of waterways that are used for moving covert shipments heading to Europe. Limón City has the highest rate of unemployment and organized crime in the country.

Cieneguita is a small suburb located southeast of the cruise ship terminal. Although they have nice views of the Caribbean, that is where the appeal ends. The neighborhood experiences numerous homicides primarily between criminal gangs. But one never knows who might get caught in the crossfire. The cruise ships highly encourage passengers to go on tours from this port and it is not unusual to see buses lined up ready to take unsuspecting tourists to other fantastic experiences in the area—of which there are many. Best to skip the city and head south to the breathtaking beach communities north and south of Puerto Viejo. Limón is also the name of the entire Caribbean side province, so it can get a little confusing. Clearly, the entire province is not seedy or undesirable.

Rural Santa Rosa de Pocosol, San Carlos, is a large agricultural region located in Alajuela province bordering Nicaragua. There is a high concentration of low-income Nicaraguans who have fled their home country in search of a better life. Humanitarian workers have been threatened at knifepoint there and it is deemed to be dangerous for aid workers. Lacking in the features most expats prefer, this would not be a place most would feel comfortable calling “home”.

I am slightly hesitant to add this final city to the list, because at a glance (especially from an aerial view), the city perched on a peninsula on the mid-Pacific coast, looks like a pretty cool place. Puntarenas City is also a manufacturing and port city next to the shipping caldera, which brings in some undesirable elements. It happens to be another main stop for the cruise ships; conversely, on the Pacific side. The tourism industry has done its best at the cruise terminal to put a little lipstick on the launching point. But the reality is the city has social-economic problems which have led to increased drug activity, gangs, and homicides. This is another case of cruise ship passengers being carted off quickly to other tourist activities in the area. The city is identified on the list of high-risk areas by the Red Cross for safety concerns. Also, like Limón, the city name is the name of the province. Most of the Puntarenas province is naturally beautiful and a highly sought-after location for expats.

Outside of the tourist industry folks in the port cities, you will be hard-pressed to find English speakers (locals or expats) in any of these cities or neighborhoods. And in all of these places listed you will not find a supportive expat community. That part may not be important to every potential expat, but safety and security should be—especially for a gringo living in a foreign country.