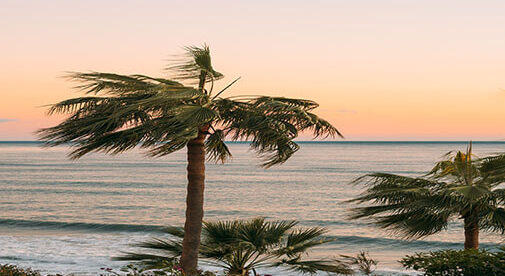 In more recent deals, our opportunity has been supercharged by what I call “The Great Bailout.”

In close to two decades of real estate investing, I’ve never seen an opportunity as rare and unique as what we have in Playa Caracol on Panama’s Pacific Riviera…

Where else can you own in a high-end master planned community, on the nicest white-sand beach within an hour or so of a major global city…at price points that are totally unheard of?

This is a destination where RETA members had a plug-and-play deal on not one but two self-contained luxury hotel suites from $219,000. Fully furnished and turnkey, I reckon that five years after delivery the two suites together will be worth $364,700…

In are latest deal members could own luxury two-bed condos starting from just $144,200 in Serenity. The furniture pack alone is valued at $17,000. Factor that in and our price is more like $127,200 for a luxury condo.

And in our Pueblito deal before that RETA members had a start price of just $112,000.

Our deals have been RETA only. No one else has these opportunities…

In more recent deals, our opportunity has been supercharged by what I call “The Great Bailout.” The Panamanian government is effectively footing the bill for a vast chunk of the construction at Playa Caracol. They want more tourists to come to Panama. They want places for them to stay. And nowhere is better than this unique beach-front community.

I figured out how to get a vast chunk of the savings from this government initiative passed on to us…our RETA group.

It’s been an astonishing run of deals…

And RETA members have been over the moon with the community that’s being delivered.

Jack is a member who bought in two of our RETA deals in Panama. While scouting Panama City, he took a tour of Playa Caracol and was stunned by what he found.

“Frankly, I was just blown away. The beach is spectacular. The views are gorgeous. The water is clean. The infrastructure is all in place, so it’s not an undeveloped site.

“They’ve made a ton of progress over the last several years, developing out the project in a responsible way. They have a very strong vision in terms of a master-planned community that I think is going to play out very nicely.

“The other big factor for me is not just the specific attributes of the site but the location itself. It’s about an hour and a half drive from Panama City—a spectacular modern city, with about a million people in the greater metro area. For me, it’s really important that there’s strong regional or local demand for this project, whether it be tourists, renters, or potential buyers down the line.”

Last week, Joseph, another owner in Caracol, wrote to me about a recent trip he took to the community:

“I cannot tell you how nice it is to be back to normal traveling and investing. I tend to be a hands-on real estate investor and walking a property is one of my pleasures in life.

“I enjoy seeing the vision, smelling the dirt and hearing the noise of construction.

“The entry gate to Playa Caracol was welcoming and well staffed. The buildings immediately to the side appeared to be well maintained and the landscape crews were buzzing around in their golf carts tending to the foliage.

“We met Georgiana, who is super nice and passionate about her job and Playa as a whole. We not only toured El Pueblito, we toured all of Playa Caracol, including where Serenity will be built. I noticed various projects going on simultaneously, including the installation of the foundation pillars for one of the buildings that is about to be built.

“Georgiana was nice enough to allow us to enter a nineth floor unit that is currently occupied. I wanted to see the level of detail in the construction and the finishes. I found the building to be in great shape and well maintained. The lobby, hallways, and elevator were clean and looked new. The unit itself was well appointed and the finishes were of good quality and something that this projects target market would demand.

“I was further impressed by the size of the balcony (on the unit I visited) as one could easily fit a small table and two to three chairs. Great for morning coffee or a digital nomad’s office. I also like the use of glass railings that were high enough to not block your view while seated.

“This project will be a force for the clients that it is marketing towards. I am very happy to add this to my real estate portfolio.”

“As a real estate investor, I’ve done a couple of dozen deals in North America and was looking to diversify my investment overseas.

“I have some pretty defined metrics when I look at real estate deals—as I think every real estate investor should—and they are different depending on your situation. In my particular case, the recent RETA deal in Playa Caracol caught my attention. I did some research, and the numbers were there for me. That was the first step.

“The second step was to research the developer. I wanted to know the people I’m working with. I wanted to trust they’ll deliver on the project I’m investing in. So, I did some research into their history and they’ve an amazing track record of successful high-end developments. That gave me some reassurance.

“I have extremely high hopes that it’s going to turn out probably better than I anticipated. But from the dealings I’ve had so far, it’s been one of the easiest and best real estate investments I’ve ever done.”

Tomorrow, I’ll be talking to the develop behind Playa Caracol about his plans for the community going forward, and the possibility that the “Great Bailout,” which has handed us some of the best deals in RETA’s history, might soon disappear.

The Chic History of Menton

Do This to Profit From Real Estate