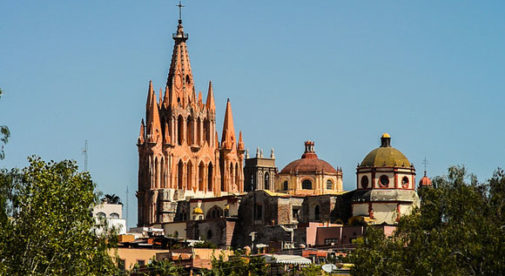 You’ll find colonial towns and cities all over Mexico. It’s a legacy of its long history as one of the most important colonies in the Spanish Empire until its independence in 1821.

But some of the most picturesque are in the heart of the country, about three to four hours north of the capital, Mexico City: Santiago de Querétaro, San Miguel de Allende, and Guanajuato.  All three have had their colonial centers certified as UNESCO World Heritage Sites…and have plenty of modern services and conveniences like high-speed internet, and gourmet and imported items in well-stocked grocery stores, as well as high-quality restaurants.

Not only is this trio of towns beautiful thanks to beautifully restored and maintained historic centros—filled with centuries-old historic architecture—but you also enjoy a great climate (perfect t-shirt weather most of the year) thanks to the elevation of over 6,000 feet; an emphasis on local traditions; and frequent cultural activities like classical music, live theater, lectures, film festivals, and more.

Still the three are very different.

Of the three, San Miguel is the best-known, having been an expat destination since just after World War II, when veterans used the GI Bill to study at the local art institute. About 10% of the population of 80,000 or so is said to be “gringos,” and its reputation as a haven for the arts is strong to this day. It’s very expat-friendly, with many English speakers and a welcoming and active expat community. 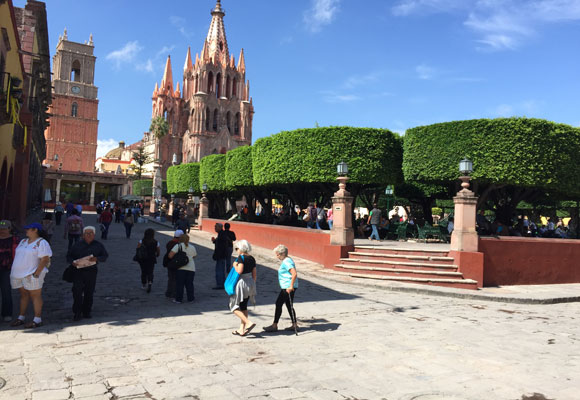 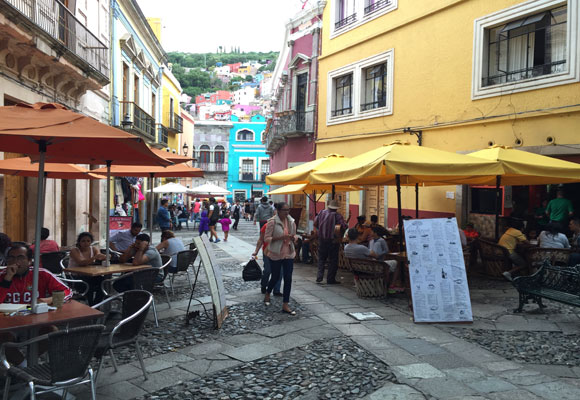 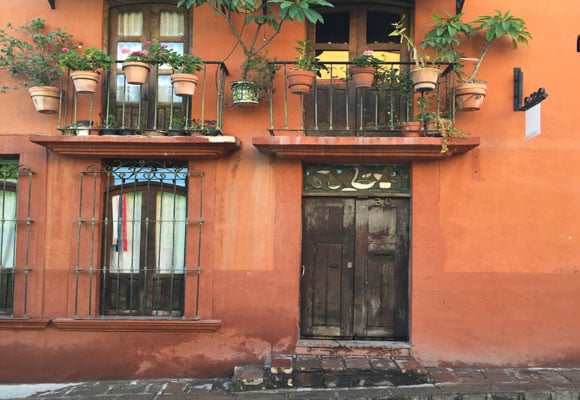 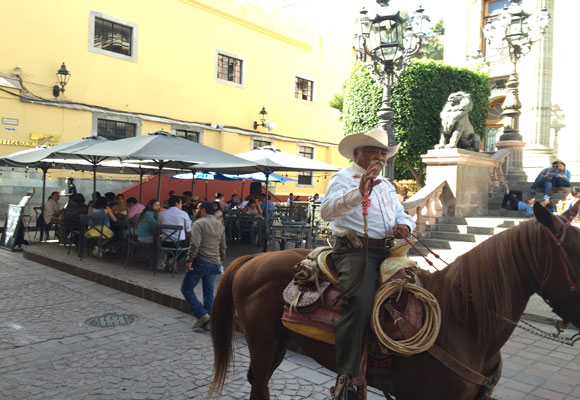 <
►
>
In San Miguel de Allende, the main plaza is called El Jardin. The pink stone, neo-Gothic bell tower, La Parroquia, is a symbol of the city.

Querétaro is one of Mexico’s boom towns, with a flood of manufacturing and other industry coming to the province. The population in the metro area is about a million. But the colonial center’s population is steady at just under 50,000. This is where the majority of the expats, a very small number compared to San Miguel, reside. You won’t find as many fine dining restaurants as San Miguel, or as many tourists. But for the expats there, they enjoy being immersed in authentic Mexican culture.

Guanajuato, like Querétaro, is off the radar of most retirees and other expats. It has a vibrant arts scene, including a symphony orchestra and an annual festival celebrating the best in performance art, theater, music, and more, called El Cervantino, after the author of the classic Spanish novel, Don Quixote, Cervantes. The city is in a narrow valley, with buildings rising on steep hills, accessed and crisscrossed by super-narrow alleyways, called callejones. It’s not the best place for people with mobility issues, to say the least. But it has a strong Mexican vibe.

Strolling these narrow streets on flagstone sidewalks adjacent to cobblestone streets (designed for horse and carriage and foot traffic, they are barely wide enough for modern vehicles), you feel like you’re stepping back in time. Turn a corner and you come upon a well-maintained park with groomed hedges and wrought-iron benches, lined with sidewalk restaurants…or an ornate church…or a plaza with an imposing statue.