Guanajuato is a city in Mexico’s Colonial Highlands and is the capital of the state of Guanajuato. The city is known for its magnificent Spanish-colonial architecture (it was designated a UNESCO World Heritage site in 1988) and for its many cultural activities, most notably the annual International Cervantes Festival, one of Latin America’s largest and most prestigious performing arts festivals.

Founded in 1548, Guanajuato was one of the most important cities in Mexico during the colonial era (the 16th through 18th centuries). Veritable rivers of gold and silver were mined in the mountains around Guanajuato and shipped to Spain. By the 18th century, Guanajuato was the leading center of silver mining in the world, and was fabulously wealthy. Today we can thank that wealth for the spectacular churches and public buildings that grace the historic center.

The city lies in a long, narrow valley. Streets are winding, and many are pedestrian-only, stair-stepped passages that climb up the hillsides. Guanajuato’s brightly painted homes also climb up the hillsides above the center. Many major thoroughfares in the city center are actually underground tunnels. 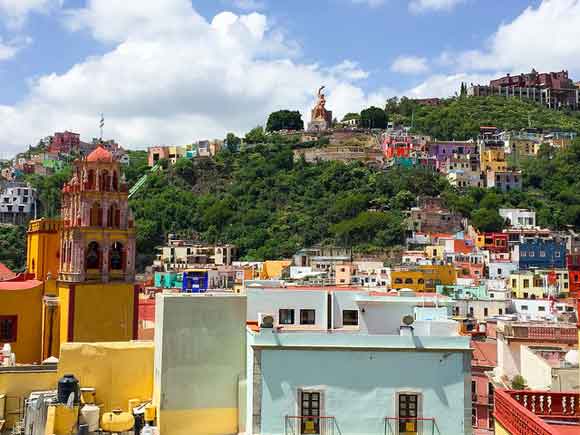 Guanajuato is in the region known as El Bajío, a relatively high-altitude area with a semi-dry climate. Guanajuato itself sits at 6,600 feet above sea level, with surrounding hills even higher. Its climate is pleasantly temperate: Lows during the short winter rarely drop below the high 40s F, while highs in spring (the hottest season) are generally in the 80s F, peaking in the 90s F for short periods. Humidity is generally low. Summer is the rainy season, when afternoon showers are common. The sun shines most of the year.

The city’s population is relatively small. The entire municipality has about 172,000 residents, with central Guanajuato being home to only about 71,000. As many as 10,000 are students—the University of Guanajuato is here, with many university divisions housed right in the city center.

Mexico’s El Bajío region, known as the Colonial Highlands, is one of the most popular areas of Mexico for expats. This region’s high quality of life, low cost of living, temperate climate, and spectacular Spanish-colonial architecture are some of the many reasons for its popularity.

The best-known expat haven in the Colonial Highlands is San Miguel de Allende. But increasingly, tourists and potential expats are also checking out Guanajuato, the state’s capital.

Guanajuato offers a relaxed pace of life with many cultural amenities. The León-El Bajío international airport is just half an hour away. Direct flights to Atlanta, Dallas, Houston, and Los Angeles are available through U.S. carriers American, Delta, and United. Aeromexico and several discount Mexican carriers provide additional options for both international travel and domestic Mexican travel.

For shopping, Guanajuato has a nearby mall, several supermarkets, and two traditional markets in the historic center. The Clínica La Presa, in one of the city’s central neighborhoods, serves medical needs. For anything not available in Guanajuato, the city of León is less than an hour away. León (with a population of about 1.5 million) is a major industrial city and home to numerous excellent hospitals and shopping malls. Here you’ll find Costco, Home Depot, Sam’s Club, and a host of familiar chain stores and restaurants. 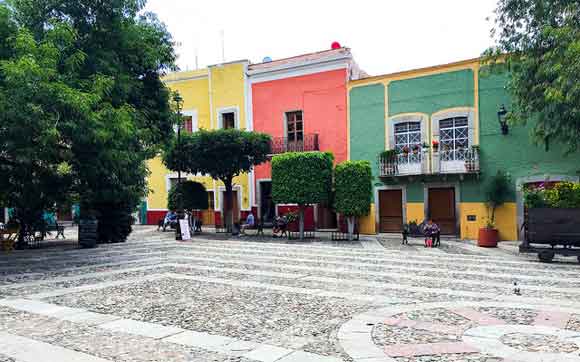 As a result of university and government presence, Guanajuato is one of the most culturally active cities in all of Latin America. The university has its own top-notch orchestra—one of Mexico’s best. In addition, various other museums and performance spaces in the city provide cultural activities throughout the year. These include museum exhibitions; live theater; chamber and orchestral music; lecture series; classical, modern, and folkloric dance; and film series and film festivals. The most well-known festival is the International Cervantes Festival, a two- to three-week performing arts festival with major performing artists from around the world.

Guanajuato counts a small expat presence among its population. Estimates put its numbers at 300 to 500 for permanent, year-round expats. The city also increasingly attracts part-time expats, especially during high season. Because Guanajuato is overwhelmingly a Spanish-speaking city, it attracts expats who have some knowledge of Spanish…or who come here to study Spanish at one of the city’s several language schools.

Guanajuato’s expat community is international. Though U.S. and Canadian expats predominate, the city also has expats from the U.K., Australia, France, Japan, and elsewhere. In recent years, Guanajuato has attracted an increasing number of artists, both expat and local, who specialize in the plastic arts: sculpture, painting, jewelry-making, and the like. Though Guanajuato is not as well known in this regard as the expat haven of San Miguel de Allende, about 90 minutes away, Guanajuato’s art scene is increasingly lively.

Cost of Living in Guanajuato 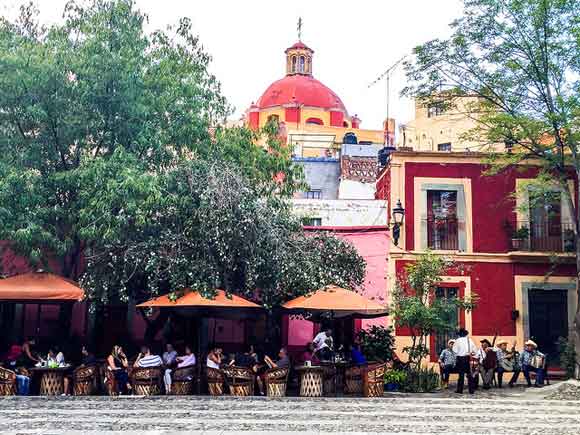 For retirees, Guanajuato’s low cost of living is an additional attraction. Depending on your lifestyle, a single person can live on about $1,200 a month, including rent, while a couple can live from about $1,500. (Rental properties, however, are relatively scarce, and some properties for sale may require renovation.)

Expats age 60 and over who have a valid residence visa for Mexico qualify for a retiree card—the INAPAM card—which offers discounts on a variety of goods and services. Many art performances in Guanajuato are either free or 50% off with the INAPAM card, making it inexpensive to be culturally active here. Performances of the university symphony, for instance, cost just $2 with the INAPAM card (versus the already low regular price of $4).