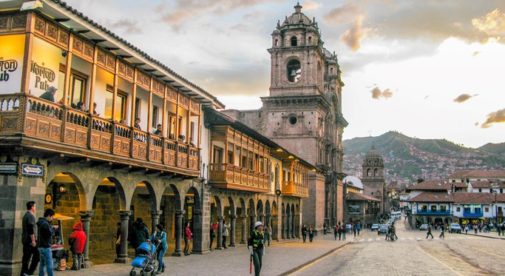 Peru has long been a popular tourist destination thanks to the popularity of the ancient mountaintop citadel of Machu Picchu, and its other fascinating archaeological sites. The growing reputation of its diverse cuisine is also attracting foodies from around the globe to sample a wide variety of ingredients from the sea, jungle, and mountains.

Most tourists know about the capital city of Lima and the historic Inca capital of Cusco, but few have explored the other major centers in the country. With a population exceeding 31 million people, Peru has much to offer and a variety of interesting cities to visit. But you will definitely need to speak some Spanish if you venture outside the major tourist areas.

Although most expats are found in Lima, Cusco, and the Sacred Valley of the Incas, you will find pockets of others in all regions of the country.

Of the 10 largest cities in Peru, half are located within close proximity of the Pacific Coast. The rest are scattered throughout the mountains, desert, and Amazon rainforest.

The following list of Peru’s largest cities is ordered according to population. The population figures are from 2015.

Accounting for one-third of the country’s population, Lima’s importance cannot be underestimated. Founded in 1535, the capital city is the center of Peru in every sense of the word. Located midway along the Pacific coast that stretches from Ecuador to Chile, it has been the country’s focal point for commerce, government, culture, and education for centuries.

Almost every tourist that flies into the country will pass through Lima’s Jorge Chávez International Airport. It is the fastest growing destination city by international visitors with a whopping 15.2% growth from 2009 to 2016. Currently, it is only surpassed by Punta Cana and Mexico City as the top destination city in Latin America.

Lima is home to a burgeoning bar and restaurant scene, regular art exhibitions, dance festivals, music performances, and book readings. Combined with the numerous galleries, theaters, and museums in the city, these make it a paradise for foodies, culture vultures, and the largest concentration of expats in the country. 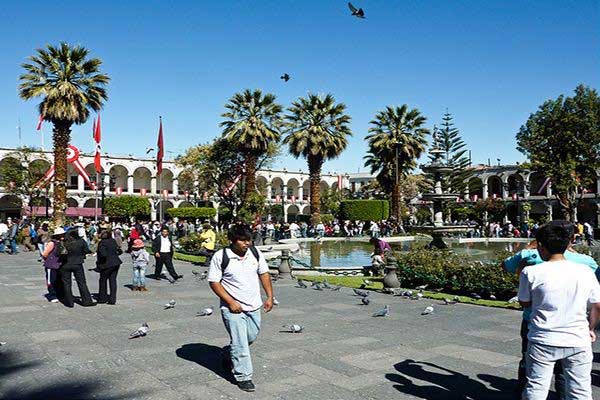 Founded in 1540, Arequipa is the second largest city in Peru. It is located in southern Peru nestled between the lower Andes and the Pacific Coast. Arequipa sits at an altitude of 8,000 feet and is surrounded by stunning geographical features.

A trio of towering volcanoes gazes down on what many consider the most beautiful Plaza de Armas (main square) in the country. Here the magnificent Basilica Cathedral extends along the whole length of one side of the town square. Spanish Colonial buildings constructed from white volcanic stone radiate outward from the Plaza throughout the rest of the large historic center. The sun reflecting off these buildings has given the city its nickname, “The White City.”

A beautiful climate (over 300 days of sunshine a year), a thriving art and cultural scene, great restaurants, and a low-cost living make Arequipa one of the most livable cities in Peru. Drive two hours west and you will be on the beaches of Peru’s southern Pacific Coast. Head in the opposite direction and you will find spectacular Colca Canyon, plunging to twice the depth of the Grand Canyon. 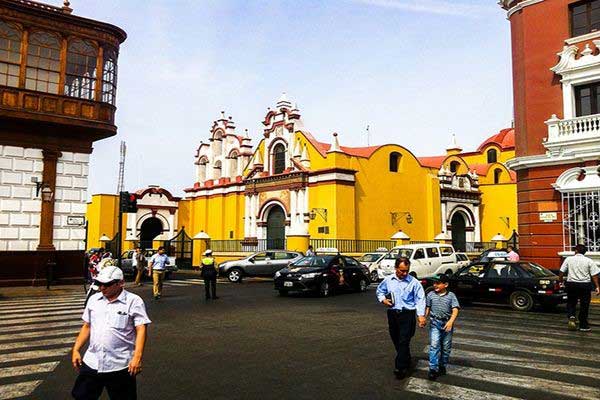 Trujillo is located on the north coast of Peru and is often referred to as “The City of Eternal Spring.” Monthly average temperatures range between 68 F and 77 F during the year and there is rarely more than a half-inch of rainfall annually

This Spanish Colonial city is located on the banks of the Moche River, a site of the great prehistoric Moche and Chimu cultures that existed long before the Inca. Today, you can visit several large nearby archaeological sites that showcase these ancient cultures. Chan Chan, the Huacas del Sol y de la Luna (the Temples of the Sun and Moon) and El Brujo are all within an easy hour’s drive or taxi ride from the city.

Trujillo is famous for its traditional Marinera dancing and features a weeklong international Marinera festival/competition every year at the end of January. Other local cultural traditions include the Peruvian Paso horse and an excellent regional cuisine.

Only fifteen minutes away is the popular beach resort town of Huanchaco. Here life goes on much as it has for decades while only minutes from the bustling city of Trujillo. Huanchaco attracts surfers of all levels to its renowned year-round waves.

Jump on one of the comfortable long-distance buses in Trujillo, head north and you will arrive in Chiclayo in about three hours. Although not quite as large as Trujillo, both cities have excellent amenities, climates, and regional cuisines. As the overland gateway to towns and cities in the interior of Northern Peru, Chiclayo has become a major northern economic hub.

You will find many archaeological sites and museums in the area, most notably the Royal Tomb of Sipan Museum in the nearby city of Lambayeque. Other popular museums display the magnificent ancient artwork produced by the ancient Moche. The pyramids of Túcume are also in this area.

The extremely dry desert climate has daily highs ranging from 74 F to 87 F with year-round sunshine. The weather is perfect to enjoy surfing, motor boating, windsurfing or just relaxing at Pimentel Beach, only seven miles west of the city center. You can also see fishermen in “caballitos de totora,” traditional reed boats that have been used since pre-Columbian times. 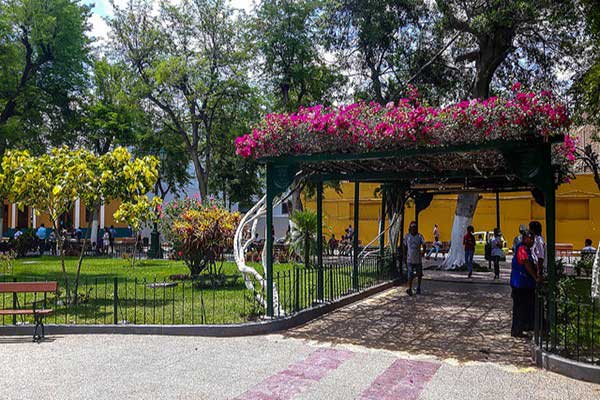 Known as the “City of Eternal Heat”, Piura lives up to its reputation with its dry, hot climate and temperatures reaching into the 90s for almost half the year. Although Paita and Colan beaches are only thirty miles west of the city, most tourists carry on to the more popular white-sand beaches in the north including Mancora, Vichayito, and Punta Sal.

Like other cities in Peru, you don’t have to look far to find examples of colonial architecture, but the area is better known for its crafts. Only seven miles from the city of Piura, Catacaos is famous for its straw hats, excellent regional cuisine, and works in silver and gold.

Lumber and oil have replaced the rubber industry that flourished during the rubber boom of the late 1800s to early 1900s. And tourism has become a large part of the local economy with numerous agencies offering jungle tours, river tours, and a variety of eco-lodges that provide numerous package deals to help you explore this part of Peru. 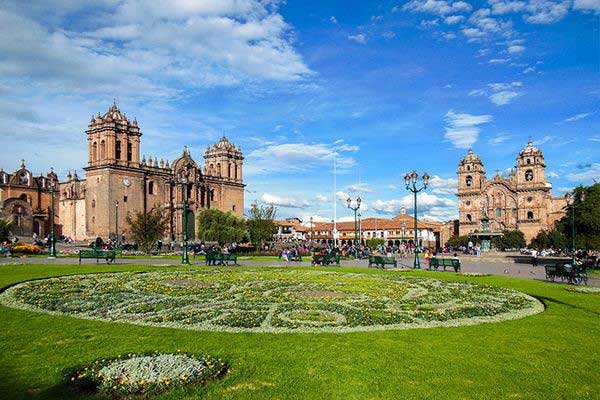 Cusco was the historic capital of the Inca Empire from the 13th until the 16th-century Spanish conquest and has been a UNESCO World Heritage Site since 1983. As the gateway to well-known Machu Picchu, the city welcomes over 2 million tourists a year.

Situated at an altitude of over 11,000 feet, Cusco is home to a large number of Inca treasures. Modern office buildings are constructed on Inca foundations and many remnants of this fascinating civilization are found throughout the city.

The nearby Sacred Valley stretches for over 60 miles from Machu Picchu to Pisac and is home to some of the most spectacular scenery in the country. Snow covered mountains, a narrow, fertile valley of picturesque rolling hills, the rushing Urubamba River…all interspersed with small traditional towns that have become home to a growing number of expats.

Chimbote is little known by tourists other than it is one of the cities passed through on the bus on the way to the northern beaches. It is situated on the coast between Lima and Trujillo. Almost 200 years ago, Chimbote was a small fishing village with less than 1,000 inhabitants. Today it is the largest fishing port in Peru. Although there are several beaches in the area, none are as popular as those further north.

Sitting at an altitude of just under 11,000 feet, Huancayo rivals Cusco for the highest city in the country. En route from Lima, the road almost ascends as high as 16,000 feet.

The agricultural region features many pre-Inca ruins from the Wanka civilization. The Tunanmarca ruin has more than 3000 houses. Other popular attractions include treks on nearby Huaytapallana glacier and hikes around Laguna de Paca, a lake that offers boat rides and restaurants in a peaceful setting.

Buses leave regularly from Lima for the eight-hour journey but taking the Train of the Andes is more fun. The Ferrocarril Central Andino, the train line joining Lima to Huancayo, is the second highest railway in the world and the highest in South America. The 11-hour journey reaches an altitude of 15,681 feet, goes through 69 tunnels and 58 bridges and makes 6 zigzags. You need to plan ahead if you want to experience this train since it only runs twice a month.

The road to Peruvian independence from Spain began in 1811 in the southern city of Tacna. Seventeen years later, it was declared the “Heroic City” by President Jose de la Mar. Tacna is still known for its large number of monuments and streets named after heroes of Peru’s struggle for independence including the arch of the Alto de la Alianza and the neo-renaissance Cathedral.

Situated only 22 miles north of the Chilean border, Tacna is a popular “border run” town and provides a larger urban center with all its amenities, often much cheaper, to residents of the smaller towns in northern Chile.

And like the rest of Peru, ancient ruins are not difficult to find. The large Miculla Archaeological Complex is located only fourteen miles outside of town. Further away, you can find the Anajiri Petroglyphs. And in the caves of Toquepala, archaeologists have found cave paintings along with some of the oldest human remains in Peru.

The nearby Locumba Valley is known for its excellent wine and Pisco as well as the production of the spicy “aji” chili peppers.