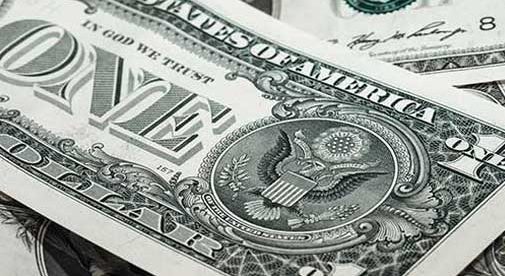 Visitors to Panama often find it confusing that prices are quoted in Balboas, which are in turn one to one with the U.S. dollar. In reality, there are no Balboa bills in circulation in Panama. So, one might say that the only currency actually in use here is the U.S. dollar. However, Panama does mint Balboa coins. All but the $1 coin are the exact same dimensions as their U.S. counterparts, though upon close inspection you’ll note that the faces or landmarks stamped on them are different.

How the U.S. Dollar Works in Panama

Panama has the highest GDP (Gross Domestic Product) per capita in Central America. And the U.S. dollar gives Panama and its banking system a competitive advantage over non-dollarized countries in the region, as the latter must deal with the risks and costs associated with exchange rates.

Panama’s Banco Nacional doesn’t perform the functions you might expect from a state bank, in that it does act as the country’s financial agent and official depository of funds, but it does not issue paper money or regulate currency. With almost no government intervention, Panama’s dollarized system allows for freedom for foreign investors, capital movements, and market-determined interest rates.

According to the think tank of Washington, D.C.’s Cato Organization: “The absence of a central bank ensures no monetary intervention, so Panama essentially has a private monetary system in which the stock of money is determined by the decisions of private agents and banks. The unified currency system eliminates foreign exchange risk, currency mismatches, and speculative attacks so common in other countries with central banks and ‘sovereign’ money.”

For more than 30 years, Panama’s International Banking Center, the most modern and successful center of its kind in Latin America, has been thriving. Today, banking accounts for about 11% of Panama’s GNP (Gross National Product). The system’s success is due to large injections of financial resources, low interest rates, high credit balances, and high liquidity that continues to fuel credit cycles. The international banking center hosts some 80 banking institutions and holds fixed assets valued at over $400 million.

Powerful incentives like Panama’s banking privacy principles and solid trusts have traditionally made banking here very attractive. Much has been made in the past about Panama’s refusal to sign a Tax Information Exchange Agreement (TIEA) with the U.S. However, to satisfy criteria set forth by the Organization for Economic and Community Development (OECD) for removal from its “gray list,” which documents “uncooperative jurisdictions” as defined by a tax standard endorsed by G20, Panama has recently signed TIEAs with the U.S. as well as other countries.

Since 2003, Panama has had one of the world’s fastest-growing economies, expanding an average of 8.4% between 2004 and 2013. Despite a slowing down, due in part to a weakening of global growth, it will lead the region once again in 2018 with projected growth of over 5%.

Panama’s newly expanded Panama Canal is a major contributor to the country’s strong economy, with the largest ships paying $500,000 to $800,000 for a single trip through the canal. However, Panama’s economy does not depend solely on the canal. Organizations like Moody’s and Standard & Poor’s have recently commended Panama for its diversified economy. Currently, no one sector represents more than 20% of the country’s GDP.

The Panama Canal Railway Company transports goods across the isthmus from Panama City to Colón, and major ports in both cities are big sources of revenue. Flights depart daily to the U.S. and all over the world from Panama’s Tocumen International Airport.

In the World Bank’s Doing Business 2016 report, Panama ranks sixth in the region for ease of doing business. As a testament to Panama’s savvy exploitation of its strategic location, it took top spots in the region in the trading across borders, ease of import, and ease of export categories.

Panama’s infrastructure is the best in the region, with excellent roads, power, and water services. With its telecommunications widely acknowledged to be the best in the region; five of the world’s major fiber-optic cables intersect here, and Panama offers high-speed internet nearly everywhere you go.

Costs and Tipping in Panama

Though there is a tipping culture in Panama, amounts and percentages tend to be lower. A tip of 10% is adequate for the average restaurant meal or tour, and it is not customary to tip taxis unless the driver goes above and beyond the call of duty (carrying luggage, returning forgotten items, etc.).

In Panama City and other hubs like David, Santiago, Chitré, Penonomé, and Coronado, you will find plenty of ATMs. After all, Panama has one of the largest banking districts in the world, with some 80 different banks operating here. You’ll also find ATMs in most supermarkets and shopping malls.

Be advised though, when visiting the islands such as Contadora or remote areas, there may be no ATM facilities available. Also, take into account fees you may be charged for withdrawals while abroad; you could pay anywhere from $3 to $5 each time you use the ATM, unless you have an account that credits foreign fees.

If you are coming to Panama with a currency other than U.S. dollars, you have the following options:

-Use your home credit/debit cards for purchases (note that Visa and Mastercard are widely accepted, while American Express is not.) While Visa and Mastercard are widely accepted in Panama City, in rural areas and on islands, cash is king. It’s a good idea to ask all the hotels you’ll be visiting whether or not they accept credit cards, so you know what your largest cash expenditures will be.

-Take care of your exchange needs on arrival in Tocumen Airport.

-Ask whether your hotel offers exchange services (many do not).

-Plan on getting to a bank during business hours (call ahead to ensure the branch you’ll visit does exchanges…Banco Nacional is usually your best bet).

How much cash should you travel with to Panama? Though U.S. and Canadian citizens, amongst others, are generally welcome to visit with no visa for 90 to 180 days, Panama immigration officers can request two things before approving entry: 1. Proof of intended departure (often a printout of a flight reservation will suffice) and 2. Proof of solvency ($500 in cash is enough).