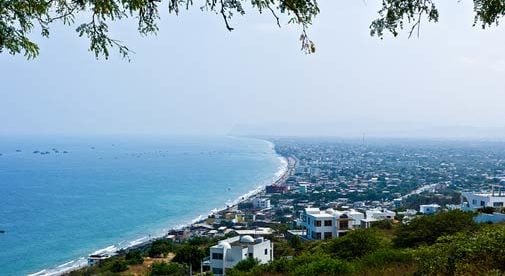 If you’re thinking about retiring to Ecuador, you probably have a lot of questions about what it’s like to live there. You’ve probably read all about the year-round, spring-like climate in the cities of Quito and Cuenca and maybe even considered visiting the Pacific coast or the Galapagos Islands.

However, the economy and currency are always big draws for visitors and residents alike.

Here are a few of the most common questions on the Ecuadoran economy.

What is Ecuador’s Currency?

You may be surprised to learn that Ecuador uses the U.S. dollar as their currency. This came about in the year 2000 when their own currency, the “sucre,” took a nosedive due to a financial crisis. The local population started using dollars and it wasn’t long before the government acknowledged USD as the official currency.

Are U.S. Dollars Accepted in Ecuador?

Yes. Not only are they accepted, they’re official currency for the country. This makes it very easy for American tourists because there’s no currency exchange and no wondering if you accidentally paid triple for your coffee because you didn’t know the value of the money.

Plus, you won’t go home with bills and coins you can’t use.

Is it Expensive to Visit Ecuador?

Ecuador is often listed on budget-friendly blogs as a great destination and with good reason. It offers diverse landscapes from mountains, to Amazon, to coastline. And since it’s smaller than the state of New Mexico, it’s easy to get around. Interior flights can be had for under $100.

Food is inexpensive too. The climate is terrific for growing fruit and produce. A meal of the day —soup, fish with veggies, dessert, and a fresh juice can be had for between $3 to $6 in a major city like Quito.

A dinner for two with wine will likely set you back $25 to $30. In the countryside, you’ll find the costs even lower.

Hotel rooms cost around $20 a night on the budget end to high-end luxury accommodations for around $400 a night. Long-term rentals start at $400 a month in cities like Quito or Cuenca. Overall, Ecuador is one of the best valued in South America.

What is the Main Source of Income in Ecuador?

Ecuador is still largely an agricultural economy. Its diverse climate is excellent for growing coffee, bananas, cacao, palm oil, and sugar, all of which are exported to other countries.

The countryside is also dotted with greenhouses used to grow thousands of roses for exporting. Thousands of these roses make their way to the Rose Bowl Parade every year. There’s also the thriving tourism economy, especially with the natural beauty of the Galapagos Islands.

Yet, you may be surprised, that 40% of the economy is driven by oil production.

Is Ecuador a Developed or Developing Country?

Cities like Quito are full of modern high rises, high-speed internet, and most first world amenities. In the South, the charming city of Cuenca remains a popular retiree destination for Americans and Canadians.

But head into the countryside and you’ll find a different Ecuador. The country has a large indigenous population which means local traditions are thriving. Many of these include handcrafts like weaving, wood carving, and the famous “Panama” hats (which originated in Ecuador.)

When you get down to it, Ecuador offers many conveniences in a diverse climate along with a mix of sophistication and simple pleasures depending on where you visit.