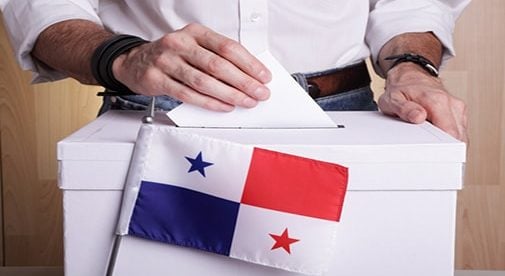 Panamanian voters recently chose their next president and diputados, or lawmakers. It’s not the kind of news that’ll make for major headlines in the international press, though. This is a small, prosperous, neutral country. There were no major scandals and the voting process was well-organized.

Still, this is the kind of news potential expats should pay attention to. I’ll tell you why…

Since President Guillermo Endara (1989-1994), Panamanians have voted in a president from a different major party every five years—and this year’s election was no different. The Panameñista party, will give way to the popular PRD (Partido Revolucionario Democrático) in July. Both have long histories of being pro-business and foreigner-friendly, so expats who live here—including those who own property or businesses here—can expect a smooth transition and few ripples.

This is why expats in Panama don’t worry too much come election time. It’s enough for them to know that Panama is politically stable…and it’s one of the reasons I choose to live here. In fact, political stability is one of my deal-breakers. I am at a stage in life in which I want to feel settled and secure. I don’t want to have to worry about a populist government confiscating privately held property or disastrous currency fluctuations.

In 2005, when I was deciding where to move, I had a few more deal-breakers to take into account. (Naturally, quality, affordable healthcare was one of them…but most expat destinations in Latin America satisfy this requirement.) My number two deal-breaker was infrastructure. This can seem like a boring topic, but consider how solid infrastructure translates to a high standard of living.

Our capital, Panama City, is home to Central America’s only light-rail or metro system. Panama is one of few countries in the region that boasts well-paved highways and potable tap water and top-notch internet and cell phone connections. It’s easy to network, explore, and upgrade your lifestyle here, thanks in part to the relatively low cost of living.

Simply put, Panama’s amenities and conveniences are hard to beat. Where else can you live in a warm, cosmopolitan world capital…on the water…for as little as $2,600 a month?

My third deal-breaker was a positive economic landscape. Panama has had one of the fastest-growing economies in the region for more than 10 years. A strong service-based business sector, constant infrastructure improvements, and ever-increasing revenue from the Panama Canal will help ensure that the economy continues to grow well into the future.

Panama is also a land of opportunity, where anyone who wants to improve their lot in life can go far. So if you move here as an expat, you won’t feel like a “rich,” conspicuous gringo surrounded by an impoverished or resentful populace.

Panamanians are welcoming and accustomed to foreigners. They have worked incredibly hard to make this country a hub for logistics and flights, music and film, tourism and convention business, and so much more. Cleaning ladies have kids in college. New and accessible training programs are helping young adults hone their English and customer service skills. Everywhere you look, you’ll see tech-savvy, international-minded, upwardly-mobile locals.

Without political stability, first world infrastructure, and a dynamic economy, Panama wouldn’t be the little powerhouse it is today…and I wouldn’t be living here.

Are you considering a move to Panama? If your answer is “yes,” don’t worry. I’m not going to recommend that you become an expert on Panamanian politics or policy. It’s enough to know that here you can have the peace of mind you’ve been searching for. And come election time, you don’t have to worry about it being taken away.