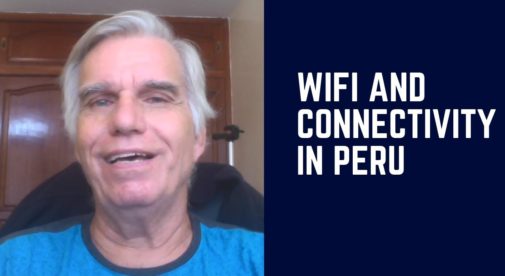 Steve LePoidevin here in Peru. I’ve been International Living‘s Peru correspondent for a couple of years now. And we’ve been asked to answer a few questions about cell phone and WiFi reception or availability in Peru.

Internet and WiFi in Peru

So here I go. First question, is there good WiFi in Peru? Actually, the WiFi in Peru is fairly good. The speed depends on where you’re located, of course. Here in our apartment we average about 40 megabytes per second download speed, and we share with one other unit. For that speed we pay $18 a month. If we had our own line and wanted the full capability ourselves, the speed would be about the same, 40 megabytes per second, maybe a little more reliable. But we’ve been pretty lucky with the other couple, and it would cost us $36 a month.

So the three main providers are Movistar, Entel, and Claro. We could get one higher speed. You can get a maximum speed of 60 megabytes per second, and that would cost us $50 per month if we wanted that one. Satellite internet is available, reaches about 97% of the country.

Installation fee is $60, and monthly plans range from $70 for 20 megabytes per second to $115 for 40 megabytes per second. Of course, you’re limited to the amount of data you can download. For the less expensive plan, you can download up to 60 gigabytes, and for the other one it’s 80 gigabytes. But if you go past that point, if you surpass your maximum download, then the internet is not just automatically cut off. What happens is they will throttle your speed down to a much lower speed, let’s say maybe as low as 1 megabyte per second, I read about the other day. But you will still have internet. It’s just that the speeds will be very low.

Finally, if you’re traveling around the country, you won’t have any problems, because internet is available. Like in most places, it’s available in any modern cafe or restaurant, and also there are internet cafes scattered all around the country where you can access the internet for probably about $1 an hour. You might have a few problems finding a space, because teenagers tend to flock to these places to play video games, but it shouldn’t be too big a deal.

But you do have to remember that the Latin American keyboard is a little bit different. So be sure if you’re planning on using public computers in South America that you sort of look into the nuances of this keyboard. It’s pretty much the same, but there’s a few differences. Things like the @ symbol, you have to do a little bit different stuff and keyboards strokes to get it up on the screen. But other than that, it doesn’t take long to learn the ins and outs of the Latin American keyboard. 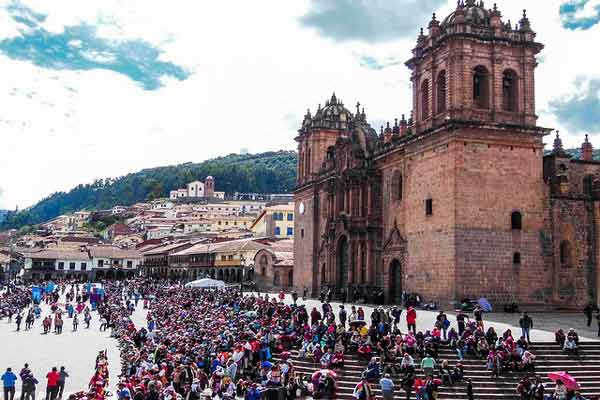 The next question, what is the cell reception like in Peru? Well, again, the three main providers are Entel, Claro, and Movistar. And Peru was one of the countries with the highest 4G availability in South America. It’s only surpassed by Uruguay. According to the research I did, Entel has the highest download speeds at about 20 megabytes per second. You can purchase a sim card when you arrive here and just pay as you go. Or you can buy a monthly plan.

It’s quite cheap to purchase a sim card. It’s only a few dollars, and then you can recharge the card as you run out of data. Again, it’s not very expensive, and they have vending machines all over the country in the different Claro offices where you can recombine more data.

So the monthly plans, I used to have a much more expensive plan. I was paying about $40 or $50 a month, but I really didn’t use it that much. The one we have now, both of us, my wife and I just have $10 plans. And with that, this is with Claro, we get 3 gigabytes of data, unlimited calls, and 500 text messages. And that, I think, will be more than enough for what we use it for. We really don’t use the phone that much. We do use text messaging but don’t use the phone that much.

Of course, there’s a lot of other plans out there, and, I should add that, as part of our plan and all the other plans with Claro, you get to call 16 other Latin American countries as part of the plan. There’s no extra charge for that.

Now the most expensive plan you can get is about $57 a month. This is with Claro. And for that you have unlimited everything, including calling the 16 Latin American countries, and you can call the U.S. for no extra charge as part of the plan. And finally, all the social networks, Twitter, Facebook, etc., those do not take any of your data. Those are included free of charge. I think that’s probably the same for most plans now.

Next question, are you able to use Skype, WhatsApp, and Facebook in Peru? Yes, you are, no problem whatsoever. I use Skype on a weekly basis, probably more often than that. And I really haven’t had a lot of problems with it. I mean, once in a while there’ll be a little bit of a delay, but I would say that over 90% of the time, even 95% of the time, Skype works very well. And most of my calls are to Canada and the States, of course. And I’ve had very few problems.

Netflix and Amazon Prime in Peru

Are Netflix and Amazon Prime available in Peru? Yes, they are. Now I know that Netflix is regional, so there are slight differences between the Netflix you have here and the Netflix you have in the U.S., but I don’t think they’re very major. Most of the shows that we want to watch we can get on Netflix and the movies. I know there are some TV series and some movies that we can’t get, but we really don’t have many that fit into that category as far as we can tell. 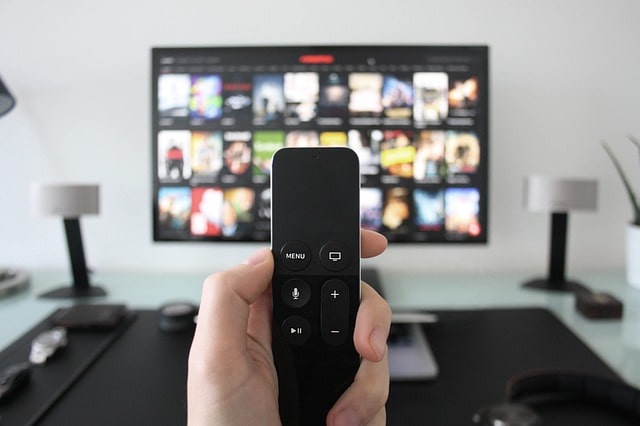 Can you get U.S. television channels in cable? Yes, you can. Each of the companies I mentioned, at least Claro and Movistar, for sure, and I believe Entel, but I know we’ve had Claro TV and Movistar TV and cable since we’ve lived in Peru. So those are definitely available. Usually they come as a package. You will often get your landline or phone and internet, just as sort of a basic internet package, fairly low speed, maybe 10 megabytes per second, and your TV package. So it usually comes as a trio. Now you can buy the package or you can buy the TV stuff separately. You can buy from different people, you can get a stronger internet package added on, etc.  But I just picked up a little brochure at Claro the other day when I was in the office.

Now you can also… And with all these companies, you can order stuff separately as well. Like this one has a Fox premium package, which costs you $10 a month. There’s an HBO package that costs $10 a month, so you won’t have any problem finding American TV stations, American movies when you’re here.

So just a few parting comments. The internet here is pretty good. The WiFi reception, cell phone reception is pretty good. In fact, we have a company, they’re a business, that set up here last year for a few months. Canadian couple comes here. They set up a business for digital nomads who love to surf, usually very successful entrepreneurs, online. And they did a lot of research around Latin American, in fact around the world, trying to find the perfect location for surfing and for great internet, and they couldn’t find anywhere better than Huanchaco.

So that probably says it all right there. What we usually do when we move to a new country, we did this in Thailand, we did this in China, and we did it in Peru, is when we move to a new place, we get a cell phone chip with a good data package. And that allows us to have internet in our house as a hotspot for the first week or two until the actual internet is installed.

Now, most places here, most apartment buildings come with a common shared internet line. And if that’s good enough for you, then great. If you get a house or an apartment that you want a better line or better internet, that’ll probably take a week or two. But get a chip, get a good data package, and that will get you to a point where you have internet installed in your house.

Is it Safe to Live in Peru

Traditions and Culture in Peru