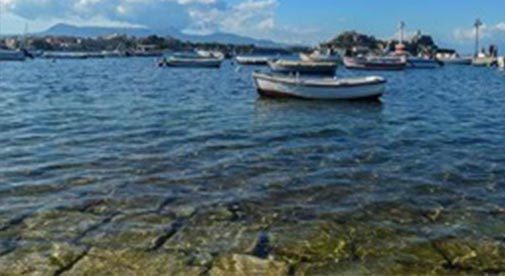 Greece is one of many inviting countries where you may have an ancestral right to citizenship. ©International Living/Jeff Opdyke.

One crude anti-immigrant insult has a long history in the United States, traced as far back as 1798. Lately it again made news in America:

“Go back to where you came from!”

It was revived this year by the President, who suggested that four opposition members of the U.S. Congress do exactly that.

In a more practical context, millions of people worldwide are eager to know from whence they came; a mass curiosity, especially among Americans.

But DNA is not the same as personal heritage. DNA tests tell you how much of your ancestors’ DNA you’ve inherited, identified by the geographic regions from which it likely came. The DNA craze even has created a thriving niche travel boom for Americans who want to visit their ancestors’ homelands. (Since 2017, Ancestry.com has also been offering guided ancestry tours.)

But why just visit, when you can become a full-fledged citizen of your ancestors’ home country?

The easiest and quickest way to acquire second citizenship is through your bloodline: citizenship resulting from the nationality of your father, mother, or grandparents. Most countries go back only one generation, meaning at least one of your parents must be from the country in question to be eligible for citizenship. But in a few countries, grandchildren can qualify.

Your own family records can open the door.

Genealogical research and a search of your own family records can open the door to a past that can influence your future. Information about ancestry citizenship laws can be found on the internet at the official websites of one of the country’s embassies. (Beware of the frauds rampant in this area.)

Nations that grant citizenship based on a blood ancestry basis, if your parent or grandparent was a citizen, include Ireland, Italy, Spain, the United Kingdom, Poland, Lithuania, Latvia, Germany, Luxembourg, Hungary, Greece, and Armenia. Six of the named countries are European Union member states, so their citizenship gives the freedom to live and work in all the member states of the EU. For Jews, religion under Israel’s Law of Return permits citizenship in Israel.

The important advantages of having a second citizenship and passport can be summed up in one essential word: freedom.

A second passport is solid insurance against a tyrannical government. A second passport can give you access to residence options, business opportunities, and investment channels not available to U.S. or other citizens. In an emergency, it can save your life.

If internal events disrupt life in your home country, or your government imposes travel and other restrictions, a second passport can assure your liberty.

Tell that to the thousands of citizens of the United Kingdom who sought second passports as the Brexit deadline neared, and with it the possibility of isolation from the EU. Henley & Partners, a leading Swiss-based immigration firm, has seen a 200% increase in British nationals applying for residence and citizenship programs over the past two years.

Brexit also calls into question the status of the 1.8 million people of Northern Ireland, unique within the U.K., in that they have the birthright to identify as Irish, British, or both. With Brexit pending, their EU citizens’ rights are in the balance.

Brexit is just one dramatic example of the usefulness of a second citizenship and passport.

But an official passport is the property of the government that issues it. Your government might limit travel internationally, or revoke your passport, leaving you, your family, and your business stranded.

The possibility of loss of citizenship is not confined to the past, nor to countries dominated by dictators.

In any of these situations, an individual with the luxury of possessing a second passport would have been protected. Governments are using passport revocation and the loss of nationality as a weapon against their political enemies.

Citizenship is the legal status that describes being a citizen. It gives you the right to live there, work, vote, and pay taxes.

A person who enjoys “dual citizenship” (or “dual nationality”), legally is a citizen of two countries at the same time, qualified as such under each nation’s law.

This dual status may result automatically, as when a child born in a foreign country to a U.S. citizen may become both a U.S. citizen (by parentage), and a citizen of the country where he or she is born (by virtue of birthplace).

Dual citizenship may result from operation of law, as when a U.S. citizen acquires foreign citizenship by marriage to a spouse from another nation, or a foreign person naturalized as a U.S. citizen retains the citizenship of their original country of birth. It also results from successfully acquiring a second passport based on ancestry.

In 1967, in the case of Afroyim vs. Rusk, the U.S. Supreme Court ruled, 5-4, that it is a constitutional right to hold dual citizenship. However, the law requires that U.S. citizens, including dual nationals, must use their U.S. passport to enter and leave the United States. And citizens must pay U.S. taxes wherever they live.

More than 40 million Americans are eligible.

Since the U.S. government does not keep statistics on dual citizens, it’s impossible to know exactly how many people have acquired dual U.S.-foreign citizenship. It is estimated that more than 40 million Americans (many of them Mexican-Americans), are eligible for dual citizenship.

A great many U.S. citizens do want to try their luck elsewhere. Each year, an estimated 250,000 leave the U.S. to live abroad permanently.

About 40 million U.S. citizens, nearly 12% of the population, can trace their ancestry to Ireland. With proof that a parent or grandparent was an Irish citizen, they can obtain an Irish passport and citizenship, and many thousands have done so.

A 1986 amendment changed mere blood lines to a requirement that at least one parent or grandparent must have been born in Ireland. An applicant must prove this claim of Irish descent by submitting an ancestor’s official marriage and birth certificates. In some limited cases, a great-grandchild may qualify.

With three photographs of the applicant, proper proof of Irish ancestry, and proof of legal residence in the country where the application is made, a 10-year, renewable Irish passport will be issued, officially bearing the stamp of Ireland and the European Union. Many online groups specialize in Irish ancestral research.

Remarkably, with a population of only 4.8 million, Ireland has over 5 million current official passports in worldwide circulation.

A Radical Idea No More

A second passport can expand your legal rights.

Best of all, a second citizenship and a new second passport could be the key to a larger life plan that might lower taxes and give stronger protection to your assets. It might even save your life and the lives of your loved ones.

Given current realities, it makes sense to obtain a second nationality and passport, “just in case.”

I Used My Ancestry to Live and Work in Turin, Italy

Live, Work, and Travel in Europe as a Digital Nomad (No Visa Necessary)

Schengen Visa: What Countries Are in the Zone?