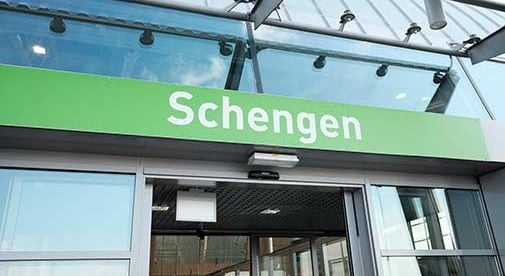 Lots of Europhiles dream of taking six months or a year to explore Europe…traveling from country to country…staying put for a while (maybe even renting an apartment or villa for a month or two) and getting to know a region…then moving on to the next enticing destination….

It’s a lovely dream. But doing it—while possible—is not totally straightforward. This is particularly true if you’re a citizen of a non-European country. Here’s why…and how you can stay within the rules and still enjoy your European idyll:

What Is the Schengen Zone?

Most of mainland Europe—26 countries, at present—belongs to the so-called Schengen Zone. The Schengen Zone has a uniform visa policy, and it has abolished passport controls and most other border controls within the Zone. Your passport will be checked—possibly quite carefully—when you first enter the Zone via a member country. But once you enter the Schengen Zone, your passport normally won’t be checked again until you leave the Zone. So for most practical purposes, you’ll treat the Zone as though it were a single country.

Non-Europeans can visit countries within the Schengen Zone as tourists for only limited amounts of time. For citizens of the U.S., Canada, Australia, New Zealand, and many other countries, that limit is 90 days out of every 180 days. That 90-day limit holds for the entire Schengen Zone. So, let’s say you want to visit France and Italy, both of which belong to the Schengen Zone. You can spend up to 90 days either in France or in Italy…or you can divide your 90 days between the two. But you don’t get 90 days in each.

What Countries Belong to the Schengen Zone?

In addition, three European microstates—Monaco, San Marino, and Vatican City—effectively operate as part of the Zone, even though they aren’t members.

And four European Union countries that aren’t currently part of the Schengen Zone are obligated to join eventually. These countries are Bulgaria, Croatia, Cyprus, and Romania. (More on that later.)

How to Calculate Your Schengen Stay

As mentioned earlier, you can stay in the Schengen Zone for 90 days out of every 180-day period. Note that 90 days is not the same as three months.

You can take your 90 days all at one time…or you can enter and leave the Zone at will, racking up your 90 days bit by bit. But your 90 days are a rolling total…that is, at any given time, you can’t have been in the Zone more than 90 days over the previous 180-day period. (Or, to look at it another way…by the time you reach Day 91 in the Schengen Zone, at least 180 days must have passed since your Day 1 in the Zone.)

If you enter and leave the Zone frequently, keeping track of your days can be difficult. Fortunately, you can find apps online that can help calculate the days for you. See: https://ec.europa.eu/assets/home/visa-calculator/calculator.htm and http://adambard.github.io/schengencalc/ as examples.

One tip: Make sure that passport control stamps your passport every time you enter or leave the Zone. If it doesn’t, you have no way to prove how many days you’ve stayed.

Who Needs a Schengen Visa?

Citizens of many countries, including the U.S. and Canada, don’t need a visa to enter the Schengen Zone for short stays. You simply show your passport on arrival in a Schengen country and are allowed entry for 90 days.

Other countries that are exempt from needing a visa include Australia, New Zealand, Japan, and numerous Latin American countries. You can see a complete list here: https://ec.europa.eu/home-affairs/sites/homeaffairs/files/what-we-do/policies/borders-and-visas/visa-policy/apply_for_a_visa/docs/visa_lists_en.pdf 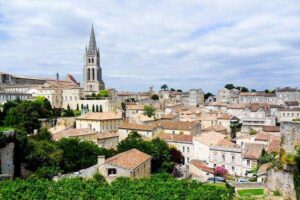 As you can see, planning a long-term stay in Europe requires some fancy footwork to stay within the Schengen guidelines. But there are two main ways to do it.

There are several nearby countries to choose from that are outside the Schengen Zone. In these countries you can pleasantly wait out the rest of your 180-day period. First, of course, are the four EU countries that haven’t yet joined the Zone: Bulgaria, Croatia, Cyprus, and Romania. There is Albania, which is not yet a member of the EU. And there are Ireland and the UK, which are members of the EU but are not part of the Schengen Zone.

And there are the North African countries, such as Morocco. (Turkey, while also a possibility, is currently considered relatively unsafe. In addition, at present U.S. citizens cannot obtain tourist visas for Turkey, although citizens of Canada and Australia can.)

Hopping in and out of the Schengen Zone for 90-day periods is certainly feasible for a year or so. After that, you may find it wearing. But it does let you “try out” Europe with no strings attached—you’re simply a tourist. In the long run, you may decide you want to be a part-time expat, spending part of the year in Europe and the rest of it back home. Alternatively, you may decide to seek residence in a European country.

Which brings us to the second option for long-term stays….

Most countries offer at least one visa based on your showing economic self-sufficiency: that is, that you can support yourself (and any dependents) financially in the country without working. The amount of income required varies by country and in some cases by city/region within a country.

You’ll also need to show that you have private health insurance valid in Europe. (This is true even if you are allowed to join a country’s nationalized health system after you get your visa.) And you often will be asked to produce a police report from the place(s) where you lived previously.

Contact the consulate or embassy of the country that interests you for further details and requirements.

Finally, can you simply overstay your time limit in the Schengen Zone?

After all, your passport is only checked and stamped when you enter and leave the Zone….

Yes, it’s possible—but it’s not advisable. First, recent terrorist-related incidents in Europe have heightened security; some countries temporarily reinstate border controls—so a spot check of your passport is always possible. And second, if you are interested in visiting Europe regularly, you don’t want a black mark against your name for having overstayed your welcome. You may be allowed to do so once…but authorities may be less forgiving a second time—and could deny you entry thereafter.

So if you want Europe to be part of your life regularly…stay within the rules.