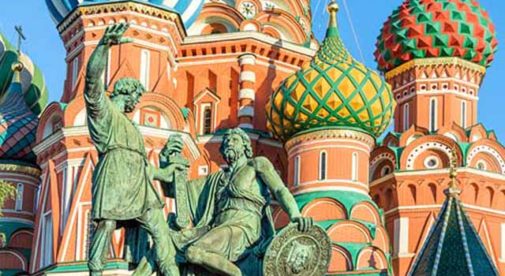 So many of us grew up in an age when the Soviet Union, and Moscow by extension, was widely considered a second-world destination—poor, underdeveloped, and monolithically gray.

Cast aside those images. Moscow, in particular, is a vibrant, first-world economy with a wealthy and expanding middle class—a place where you find outlets for every major fashion designer in the world and where a quarter-million sports cars routinely roar down wide, Soviet-era boulevards.

In short: Moscow is not what many people perceive it to be. So, let’s spend 24 hours getting to know a city that too many still associate with those old Soviet times…

A great place for breakfast with a unique payment system. You’re given an electronic card when you arrive, then you move from station to station, selecting what you want to eat and drink. At each stop, you present you card and whatever you order is recorded. When you leave, you turn the card back in and your bill is tallied.

The food is fresh, prepared in front of you, and tasty. It’s a great way to start a day exploring Russia’s exceedingly large capital city. 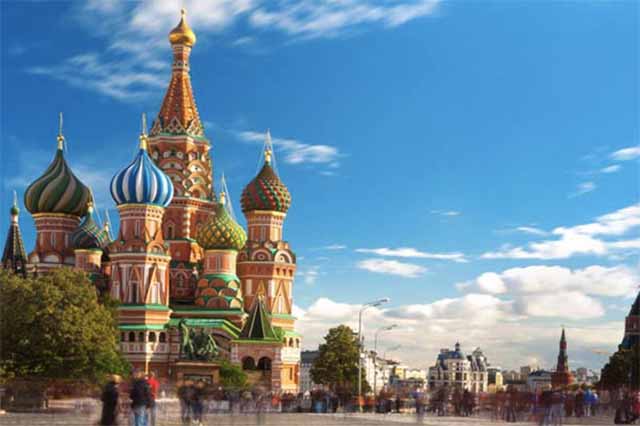 Nothing in Moscow says “tourist” like walking through Red Square and visiting the Kremlin. But it’s worth battling the other tourists.

Though these sites are all in the same spot, they are distinctly differently. Red Square is the vast, cobblestone square on the outside of the gates of the Kremlin (and in winter, there’s a great Christmas market in the square). The Kremlin is the walled-in fortress of churches, offices, and greenspace that dates to the late-1400s. And St. Basil’s is the famous, candy-colored Russian Orthodox church at one end of Red Square.

And, really, you should spend a few minutes inside St. Basil’s. It’s stuffed with as much saintly iconography as could fit into the building, and looks like a box of Crayons exploded all over the walls and ceiling.

Back outside; wander through the Alexander Gardens on the outside of Kremlin walls. They’re peaceful, beautiful, and picturesque.

We’re not here to check-in. We’re here because it’s one of Moscow famous Seven-Sisters—seven skyscrapers that Stalin specifically ordered because he worried that world leaders coming to Moscow would see no skyscrapers, a sign of technological and economic advancement.

At one point, this was the tallest hotel in the world.

In the lobby, there’s an amazingly detailed diorama of Moscow that spans day to night. And up on the  33rd floor is an observation deck offering stellar views over the city. 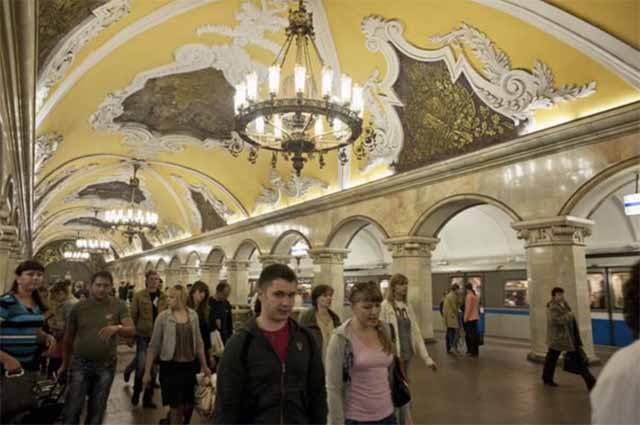 In most cities, a mention of the subway is simply a reference for easily getting around. In Moscow, the subway is a destination in its own right.

Under Stalin, the Soviet Union fashioned subway stations as “palaces for the Proletariat,” architectural propaganda to remind workers on their way to their jobs that they were the real heroes of the state. Thus, Moscow’s metro stations are almost like museums: marble arches, ceiling mosaics, gilded chandeliers, Corinthian columns, metal sculptures, stained glass, and plaster friezes.

More than 40 stations are cultural heritage sites, and for all of 110 rubles ($1.65) you can buy a ticket for two people to enter the metro. Hard to say which station is the most picturesque. Ploschad Revolutsii, memorializing 1917’s Bolshevik Revolution, is quite pretty… then again, so is Komsomolskaya, with its intricate mosaic panels in the domed, yellow ceiling pay homage to Vladimir Lenin.

Whichever station you venture to, be sure to hop at the metro at Tulskaya station on the gray line so that you can have lunch at… 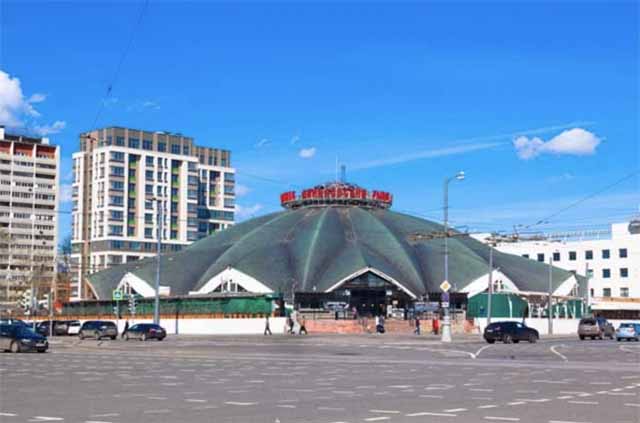 There was a time Russian cuisine was synonymous with boiled meat and boiled potatoes. But Danilovsky Market reflects what modern, middle-class Moscow has become: a foodie town.

Inside, the upscale market is filled with vendors selling all sorts of products (fruits, vegetables, flowers, etc.) but surrounding the vendors are a ring of food stalls plating up everything from sushi to tacos to Moroccan fare. There’s also cuisines from the former Soviet republics, and, if you want something truly delicious, look for Georgian food and get yourself some shashlik (Georgian skish kebab) and khachapuri —Georgian bread that looks something like a pizza and a calzone mated. It packed with a salty Georgian cheese and topped by an egg, all runny and sunny-side up. Delicious. 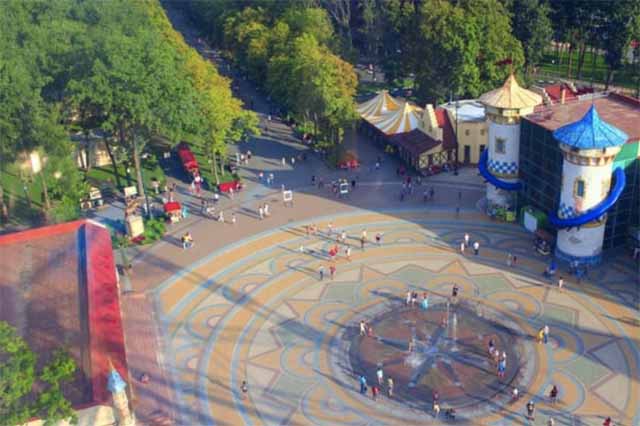 The place is packed with ponds and gardens, an outdoor cinema (in the summer), and an art museum.

You can spend a couple of hours here wandering and relaxing, steering a pedal-boat around one of the ponds, and much more. And if you find a vendor selling kvass, grab a glass. It’s a very low alcohol drink that sort of takes like someone missed a malty dark beer with a flat Pepsi. I know—sounds vile. Trust me: It tastes fabulous and is quite refreshing. Moreover, because the alcohol content is so low, you won’t feel any effects. 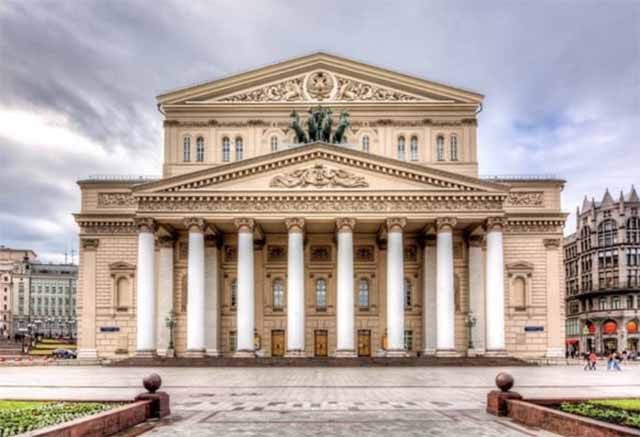 Three months before America became a country in 1776, the Bolshoi began.

Today it’s Russia’s preeminent theater troupe. And if you are in Moscow when the Bolshoi is open, then catching a performance here is a throwback to the days of Imperial Russia. (The theater is closed every year from late-July through early October for summer vacation.)

The best part: You can attend a performance of classics such as Otello, Don Giovanni, or Swan Lake for as little as 100 rubles, currently the equivalent of $1.50. The most expensive seats will set you back all of $23.

We will end our day with our head on a pillow in a cool, upscale boutique hotel—the PR Myasnitsky, just down the street from Marketplace, where we had breakfast.

The building is from the 18th century, and the rooms are exposed brick walls. It’s a comfortable, quiet hotel in a convenient section of Moscow just outside the tourist zone but surrounded by food and shopping, and only a couple metro stops from the center of the city.