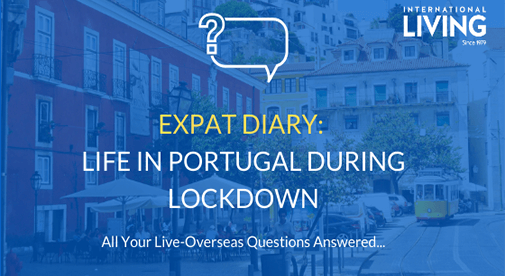 Whether your principal source of information is television or the newspaper, Facebook, YouTube, or Twitter, the number one topic everywhere now is COVID-19. Commonly known as Coronavirus, here in Portugal the number of those who have contracted it is in flux. With the possibility of community transmission and limited testing—we don’t know quite where we stand.

What we do know is what the government has done so far and how people are responding.

What Measures are in Place in Portugal?

A few days ago, President Marcelo Rebelo de Sousa asked that a declaration of a State of Emergency be confirmed by Parliament, a process required by the country’s system of checks and balances. Prime Minister António Costa did so, and it is in place for a period of two weeks, at which time the President is expected to renew the request, to be ratified once again, and so on, until no longer necessary.

Action had already been taken by individual cities around the country, but this step allows for a centralized shutdown of schools, museums, restaurants (except for delivery and takeout), and prevents public gatherings, etc. It is recommended for those over the age of 70 or with pre-existing conditions to remain at home. People are permitted to walk outside, although only solo, and to go to grocery stores and pharmacies.

Last week at the three supermarkets in our nearest town, there were lines outside, with people keeping distance between themselves, and a local security guard regulating admittance. We moved on to a smaller town, and walked right in. It was well-stocked, there was no panic buying, and the employees did not wear masks, although they did sport gloves and welcoming smiles.

Non-essential government offices may be closed or on limited hours. Our village post office is normally open a couple of hours each day. Keeping those same hours, now they permit only one person to enter at a time. Inside, hands must be sanitized.

Trains and buses are running on a limited basis, but only to be used if going to work at a health facility, or a business that remains open, such as the aforementioned restaurants offering food delivery, grocery stores, pharmacies, etc.

Expats Living in Portugal and Visitors

A travel ban on leaving or entering the country is now in place. With expats in Portugal coming from many countries and ranging in age from retirees to schoolchildren, there was a lot to consider before that window closed. Some hurriedly purchased a ticket, while some canceled scheduled trips, as I did with my scheduled departure last week to Los Angeles. Tourism is big business in this country. It will take time to recover from the eventual fallout on that front.

Community support is strong. It’s evidenced by posts on Facebook groups like Women Over 50 Moving to Portugal, Americans Living in Portugal, and others. And we are also hearing of friends whose neighbors have placed a basket of eggs or a container of fresh milk on their doorstep.

Can Portugal’s Medical System Handle This?

Healthcare in Portugal is rated 12th in the world according to the WHO, and it’s not only high quality, but affordable. Having said that, there is a limited number of intensive care hospital beds here, which is why it is critical for the populace to heed restrictions. There’s a reluctance to use heavy police force due to legislation built into the country’s Constitution, a reaction to the long regime of dictator Antonio Salazar. But because of the general nature of the Portuguese—they are rule-followers—to a great extent they view advice and suggestions as a mandate, anyway. So there’s a pleasant balance of a sense of freedom along with a spirit of compliance.

The result? Not only villages and towns but the capital, Lisbon, is quiet, with the nighttime and weekend silence interrupted by just a few passing buses or trams. Sometimes a single car circles a normally crowded roundabout.

My husband, Keith, and I feel settled, having followed this situation for more than two months. We go for daily walks and the occasional drive. We read and write and watch movies and work and putter and do chores and play backgammon, Scrabble, and chess. At the end of the day, we are exhausted from all this forced relaxation. It could be worse.

The Upside to the Downside

Portugal Itinerary: How To Spend 7 Days In Portugal