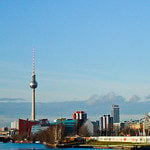 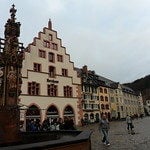 Germany: Fairy-Tale Castles, Pristine Landscapes, and Stability in the Heart of Europe

Written by Tricia A. Mitchell

What is it really like to live in Germany? Many people imagine castles perched on hilltops or dense forests dotted with waterfalls. Pictures often present snow-capped mountains towering over green meadows or steep slopes covered with vineyards. This is the idealized version of Germany found on postcards. But, what else can you see and do in Germany?

Let’s start with size. Germany, or Deutschland as it’s known there, is somewhat smaller than the state of Montana. Despite its compactness, Germany boasts a vast amount of cultural, historical, and natural attractions.

When you think of Germany’s cultural and historic sites, Schloss Neuschwanstein or the blush-colored ruins of the Heidelberg Castle might come to mind. These are some of Germany’s most iconic royal structures. However, Germany has many more castles to explore. In fact, it’s estimated that Germany might be home to about 25,000.

Beyond castles, Germany has much more to offer. There are 43 cultural sites on UNESCO’s World Heritage List.

The cities of Trier, Cologne, and Rothenburg ob der Tauber are home to some of Germany’s most historic attractions. In Trier, you’ll find Roman ruins. While in Cologne, you’ll discover a colossal cathedral that took more than 600 years to build. And, in the state of Bavaria, you’ll be able to explore the medieval walled city of Rothenburg ob der Tauber and its delightful half-timbered buildings.

Germany’s natural scenery is incredible. From its windswept northern coast to the majestic Alps in its south, the country has a lot to offer nature lovers.

In total, there are 16 national parks. The resort town of Garmisch-Partenkirchen is one of the most beloved spots for outdoor enthusiasts. It’s nestled in the Alps and overlooked by the Zugspitze, Germany’s highest peak.

Beyond its natural beauty and cultural attractions, Germany has a very good standard of living. Communities often have car-free, walkable centers.

Germans typically demonstrate a significant amount of respect for the environment. This is also evident in government policy, as well as a penchant for maintaining forests and natural areas.

The country’s water supply is generally crystal clean, and the lakes and rivers are immaculate. The water from the tap is safe and delicious.

Combine Germany’s quality of life with its historical, cultural, and natural attractions—and you have the makings of a beautiful and secure place in which to call home.

Pros and Cons of Living in Germany

I’ve lived in Germany for about 10 years and have traveled to more than 65 countries. During this time abroad, I’ve noticed differences that exist between nations. However, I’ve come to the simple conclusion that no destination is “perfect.” When it comes down to it, all governments and societies have something to learn from one another.

People do have different priorities and expectations of what they want their life abroad to be like. That’s why it’s essential for potential expats to find their best fit as they contemplate life in a foreign land.

With those thoughts in mind, here are the pluses and minuses I’ve encountered in Germany.

Pros: Do you appreciate emerald-green landscapes? Or, do you perhaps enjoy hiking in pristine forests on a cool day with a blanket of pine needles underfoot? If so, you’ll find that Germany’s cooler—and sometimes wet—climate is a compatible fit. Germany’s propensity for grey weather means that you’ll value the blue-sky days even more.

Cons: Wet weather and overcast skies can make Germany feel dreary—especially during the winter months. As in Portland, Seattle, or London, you’ll want to make the most of sunny days and indulge in your preferred pick-me-up activity. Kaffee und Kuchen anyone?

Pros: Germany’s food costs are reasonable. Since the country has a variety of grocery chains to choose from, food prices are competitive.

German roadways also differ from much of Europe. A lack of toll roads make for a smoother driving experience.

Cons: Housing costs can be very pricey in Germany, especially in major cities like Stuttgart, Munich, and Frankfurt. However, some cities, such as Berlin, have recently taken aim at rising rents by enacting rent-control measures.

Gasoline, electronics (computers and mobile phones), and cars are costlier in Germany than they are in the U.S.

Pros: The Global Peace Index rates 163 nations on their overall level of peacefulness. In 2019, it named Germany the 22nd most peaceful country in the world.

Gun ownership is permitted, but there is no right to bear arms. According to GunPolicy.org, Germany has one of the world’s highest gun ownership rates, but also has some of the world’s strictest gun laws. To get a gun, Germans are required to obtain a license, undergo background checks, and take a test.

Cons: Unfortunately, from pickpocketing to terrorism, Germany is not immune to crime and other security issues. As a result, it’s wise to exercise common sense.

Pros: Healthcare is significantly less than it is in the U.S. For example, when I went to the emergency room in Munich, I had to pre-pay a standard fee of €200 (about $220). You can imagine my surprise several weeks later when this hospital tracked me down to refund a portion of that fee. I once had an American ER bill that was about 20 times that amount.

Prescription medications cost less than they do in the U.S. And, when you seek medical care, you’ll find that a number of providers have a great command of English.

Germany has a universal, multi-payer healthcare system. The country’s system is often recognized as one of the best in the world.

Cons: Some medical professionals, particularly in smaller cities, do not speak English.

Pros: German schoolchildren learn English from a young age, and as a result, many Germans speak English quite well. You’ll find that English fluency is usually greater in larger cities, university towns, and tourist destinations.

If you want to study German, there are numerous language schools to choose from. In addition to private schools, Volkshochschulen (adult education centers) are popular with language learners. When you begin your German studies, you’ll be pleased to discover that German words are pronounced as they’re written. It’s also easy to spot German nouns since they’re always capitalized.

Cons: German grammar can be challenging. Even Mark Twain observed this when he penned his humorous essay, The Awful German Language. German nouns have three grammatical genders (masculine, feminine, and neuter). There are also four cases (nominative, genitive, dative, and accusative). To confuse matters further, some German verbs are chopped into two, and then placed in different parts of a given sentence.

Like other countries, Germany has different dialects. If you study the standard German dialect (Hochdeutsch), and then go to the region of Bavaria, for example, you’ll likely have a tricky time communicating.

Pros: Do you fancy good wine, food, and a bit of cheer? Then you’ll love Germany’s lively festivals, of which Oktoberfest is the most famous. Once winter rolls around, you’ll have an abundance of cozy Christmas markets to choose from.

Germany has 13 wine-growing regions. This offers wine tasters plenty of opportunities to sample a few of its signature wines, including Riesling, Gewürztraminer, or Spätburgender. The Mosel, Pfalz, and Baden regions are some of the most famous wine-growing areas.

At a local level, you’ll also have access to musical and theatrical performances, yoga and Pilates classes, swimming pools, and sports complexes offering activities like tennis.

Finally, since Germany is centrally located and well connected, it makes a great base for exploring the rest of Europe.

Pros: Germany has numerous, well-serviced international airports. Frankfurt, Munich, and Düsseldorf are three of the busiest, but you’ll also find flights out of Berlin and Hamburg.

Cons: None, other than the length of a trans-Atlantic flight.

Pros: Germany is a highly developed country that’s clean and orderly. Things run on time, there is a respect for the environment, and the country’s infrastructure is good. Cities are generally walkable, and you can easily get around using the country’s well-organized mass transit network. The country has an educated populace.

If you’re a dog owner, your furry friend will approve of a move to Germany. The country is so devoted to dogs that they’re often welcome inside restaurants and shopping malls. However, they’re not allowed in grocery stores or Megzgerei (butcher shops).

Also, Germany’s rules can feel overwhelming at times. Yet, if you ever have the experience of living in a country where rules are not enforced—and chaos and discomfort result—you’ll come to appreciate Germany’s sense of order.