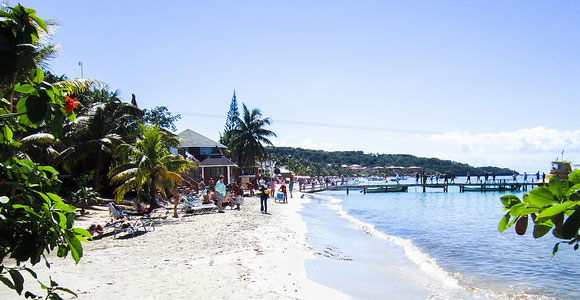 Usually, you’d want to invest in a country for at least one of two reasons: Either there’s a market for your goods, or there are affordable resources. In Honduras, there are incentives on both counts. In Central America, the market for manufactured goods grew rapidly over the past decade and shows no signs of slowing.

Honduras has a wealth of resources to offer, including inexpensive labor and plenty of land for agriculture, forestry, mining, and tourism.

Agricultural products in Honduras include not only bananas, pineapples, and sugar cane, but also cantaloupes, other melons, and many vegetables. The country has the largest cultivated shrimp farm in the Americas. It is also the third-largest exporter of finished furniture to the United States. Mahogany is still available in Honduras, though it is no longer exported in mass quantities at wholesale prices. Most exported furniture is made from strong Honduran pine.

Before 1990, foreigners had to form a corporation to purchase land legally in the Bay Islands and the mainland; they were not allowed to buy land as individuals. Decree 1990 makes it possible for you to purchase some property as an individual–up to three-quarters of an acre. By forming a corporation–with the aid of a Honduran lawyer–you are allowed to purchase more than three-quarters of an acre. However, it’s really stretching the legal interpretation of the law.

You’ll most likely get your Honduran real estate without mishap. Nevertheless, be aware that locals are beginning to be more wary of foreigners. If it becomes a really hot political issue, lawmakers are likely to close up the loopholes the decree presently ignores. It’s an issue worth following, and a good lawyer will be able to give you the story on which way the political winds are blowing.

Forming Your Corporation in Honduras

Investing in Wood Products in Honduras

The Honduran wood products and furniture industry has existed for over 100 years. This long marriage between the natural hardwoods and the skilled labor that works with them has produced a high degree of productivity, technical skills, and managerial capabilities. The local industry has teamed up with numerous importers, distributors, and manufacturers and has established a reputation for quality and reliability.

Investments in Hand Carving in Honduras

Woodworking is a long-standing tradition in Honduras, and the artisans there create some of the most beautiful carvings in the world. A great variety of components and finished products are exported from Honduras, including bedroom and dining room furniture, kids’ room furniture, and occasional pieces. Woodwork from Honduras is of the highest quality, and skilled carvers who once did all their work by hand now use turning and carving machinery to complement their handiwork.

Investing in Electrical Products and Light Industrial Goods in Honduras

This newest investment sector in Honduras is attracting international companies to the free-trade/export-processing zones. Companies are also undertaking joint ventures with local companies to produce industrial and electrical goods for export.

Investing in the Agricultural Industry of Honduras

Honduras’ diverse and fertile climate is suitable for the cultivation of a variety of fruits and vegetables.

In addition to profiting from extremely productive crops like bananas, coffee, and pineapples, Honduras is now producing a great variety of winter-season fruits and vegetables for the U.S. and European markets.