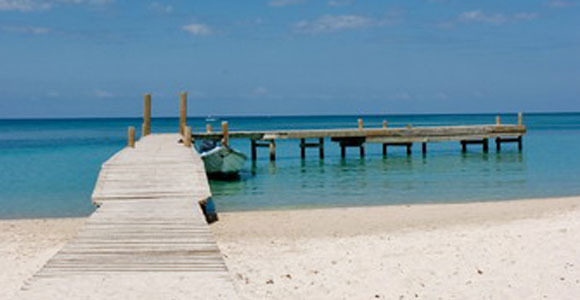 Honduras is the only Central American country that boasts true Caribbean beachfront real estate, the jewel of which is the archipelago known as the Bay Islands. Comprising a handful of larger islands and 60 or so small cays, the Bay Islands sit in the western Caribbean a few miles off the north coast of mainland Honduras.

Beachfront Property on the Bay Islands

The most developed of the Honduras Bay Islands is Roatán, home to about 80,000 people, including several thousand foreign residents and many thousands of tourists who are there at any given time.

The value of beachfront real estate continues to climb, so even though you will be paying a lot more than those people paid several years ago, an investment in ocean-view property now is still more affordable than other Caribbean islands, with property values still climbing.

With the western end of the island being the focus of the tourism industry, vacation rental properties abound. Condos, single-family homes, and duplexes are all available in a variety of neighborhoods, including exclusive developments right on the water. Many expats have chosen this area of Roatán for its business opportunities, and its variety of restaurants and activity options. The eastern end of the island has a more rural feel, with some homes being boat access only and others enjoying sprawling acres overlooking the ocean and surrounded by jungle. Many retired expats have made their home on the eastern end of Roatán to enjoy a quiet, natural setting at affordable prices.

Guanaja is the second-largest island and is mostly undeveloped. There are no roads here, so the entire island is mostly pure, sprawling beachfront land and access everywhere is by boat. It has an airport and flights originate in La Ceiba, about 40 miles away on the mainland. As in all the islands, everything is on a small scale; no highrise condos or hotels, no massive structures. Restaurants on Guanaja are mostly family run, and so are the hotels. Scuba and snorkeling are pristine and the fishing is prolific. Guanaja has many hiking trails and is the only Bay Island high enough to support a natural waterfall.

Utila is the third of the main islands and is a sharp contrast to its larger siblings. Flat and often marshy, this island is a haven for scuba enthusiasts and backpackers. A large number of foreigners have recently started buying land and beach lots here to build homes. Utila is closest to the mainland, just 10 miles offshore, and also has an airport, as well as a ferry to La Ceiba.

The sand in the islands is mostly a soft, white sand, but the beaches are sometimes rocky. Mangrove trees protect much of the islands and their removal is prohibited.

Beachfront Real Estate on the Mainland

The north coast of the mainland is 750 kilometers of vast beaches. The beachfront property here is much less expensive, but the region is waking up to the fact that beachfront is a finite commodity, thus the value is rising, at a slower rate than the islands, but rising nonetheless. Around the town of La Ceiba, beachfront real estate is only minutes from the cooler climate of the cloud forest, so in one day you can swim in the sea, ride horses, go river rafting, and tackle a canopy zip line!

Toward the eastern end of the north coast is the colonial town of Trujillo, where Christopher Columbus landed on his fourth and final journey to the Americas. Full of pirate history and cobblestone streets, Trujillo was once the center of the banana republic created by the Standard Fruit Co., and today its lovely beaches wait with open arms for foreigners to recognize its potential–and it has prices to reflect this.

The Gulf of Fonseca is on the opposite end of the country, on the Pacific coast, with 80 kilometers of coastline, and is home to the port of Henecan. The city of San Lorenzo is the main town on this coastline, with about 45,000 inhabitants. This area is mostly mangroves, and mangrove canal tours are very popular with tourists. There are also small islands and secluded beaches for a Robinson Crusoe experience!

The most prominent tourist attraction in the area is the island community of Amapala, on the island of Isla del Tigre, which has suffered an economic slump, but has several B&Bs operating in private homes. Amapala is only accessible by boat, usually from the small community of Coyolito, a beach community that has gained fame as the beach resort for the “rich and famous” from Tegucigalpa.

The buying process in Honduras is relatively simple. Note that all documents must be drawn up in Spanish, so be sure to hire a bilingual lawyer.

As in most Latin American countries, notaries are responsible for overseeing the transfer of title. The first task of the notary is to conduct the title search. We strongly recommend that you take out title insurance on your Honduran property. U.S. citizens have been involved in at least 60 property disputes in Honduras over the years. And as more expatriates begin to buy in the country, that number is likely to increase. Before 1990, people registered land in private registries and did all kinds of things to get around the ban on foreign ownership of property. Some foreign ownership of land in the Bay Islands was contested, and people lost their property. Make sure you can legally own your property before settling on it. After your attorney notifies you that the title is clear and free, then, and only then, should you settle on your property.

Once the title search has been carried out, your notary will file either an escritura publica or a dominio pleno. An escritura publica indicates that the ownership of the property has been verified and that attestation of such ownership was filed as a public document when the transfer of the property took place. A dominio pleno indicates that there was no record of ownership prior to the transfer and that a judge must make a decision as to whether to grant title to a petitioner. Notice is posted for 30 days, during which the judge will talk to surrounding landowners to help him verify ownership. When the dominio pleno is finally issued, it serves as a public document and is as valid as an escritura publica.

The escritura is recorded with the local land registry. To ensure that your document is publicly registered, inspect it for a square stamp with the court’s registry number.

Financing is available, but not common in Honduras. Bank financing, with extremely high interest rates, is generally not a realistic option.

An alternative is to finance your purchase through either the owner or a developer. Many buyers have refinanced their homes or other collateral in the U.S. in order to purchase property in Honduras. The terms of sale will differ from property to property and are generally dependent on the financial circumstances of the seller at that time.

You may be asked to pay for the property in full, with cash, at the time of the sale. Both Honduran lempiras and U.S. dollars are acceptable forms of payment. The standard for owner-financing deals in Honduras is usually 30% to 40% down, with the balance to be paid within one or two years at 12%.

Transfer taxes and associated closing costs will amount to about 7% of the reported price of your property.

Real estate commissions typically range from 7% to 10%, and are payable by the seller. Honduran lawyers typically charge by the task, rather than the hour. The cost of setting up a corporation to own property is $1,500 to $1,800, inclusive of attorney fees.

Before 1990, foreigners had to form a corporation to purchase land legally in Honduras; they were not allowed to buy land as individuals. In 1990, however, a new law was enacted to encourage foreign investment in real estate. Decree 1990 makes it possible for you to purchase some property as an individual —that is, land of up to three-quarters of an acre. (A husband and wife together can own an acre and a half.)

Article 107 of the Honduran constitution disallows foreign ownership of land within 40 kilometers of borders, and also restricts ownership on coastal areas. However, you may be able to purchase within these restricted areas by filing for authorization at the Tourism Institute. If permission is granted, you must build within 36 months, or face a fine of 20% on the value of the property.

Title insurance ensures that your new property will indeed belong to you, and that you are protected against future claims on the property related to past matters. It generally costs 0.5% of the purchase price, or a minimum fee ($1,000). You can purchase title insurance after a property is in your name, but we recommend you contact a title insurance company before you buy your home or land.

At International Living, we’ve been telling readers about the Bay Islands of Honduras for over a decade. These three Caribbean outposts, especially Roatan, are increasingly known and more expensive every time we return. Although prices are higher than ever, they still represent extraordinary buys. Meanwhile, the mainland coast of the country remains a frontier…almost another world…and wonderfully cheap.

Some bargain options? Take the Bay Island of Roatan, for example, where the newly established multi-list of real estate offers four different building lots for under $25,000 in different areas of the island. In Trujillo, on the mainland along the Caribbean coast, you can buy similar property for much less. You might choose to live in a simple wooden structure on the sand and take pleasure in the landscape…or maybe you’d prefer to build your dream home, a Spanish-style villa with earth-tone stucco walls, native oak floors, and handmade mahogany furniture. You can build whatever suits your needs (or your imagination).