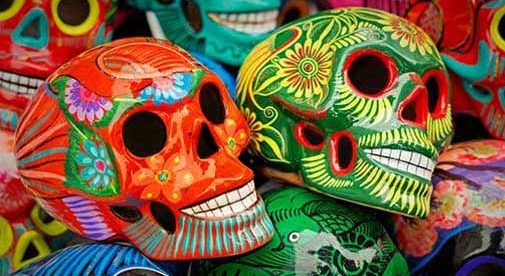 Dia de Muertos (Day of the Dead) is one of Mexico’s most famous religious traditions and takes place every year on November 1 and 2.

Is ‘The Day of the Dead’ the Mexican Halloween? 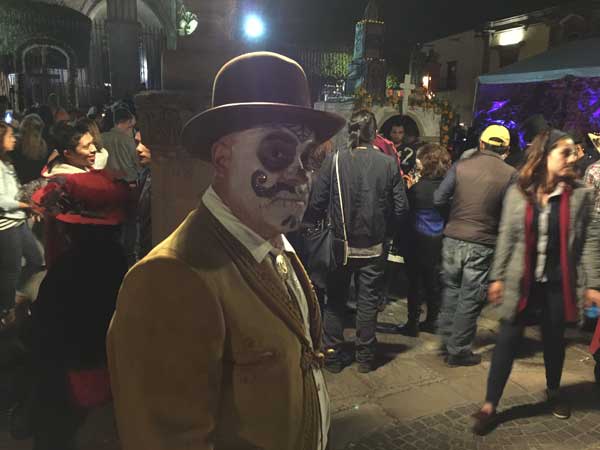 It is not a “Mexican Halloween” as some may think, in fact, it has nothing to do with this American tradition. Dia de Muertos is a blend of indigenous beliefs, and Catholicism, with roots going back well before the conquistadors, perhaps even thousands of years. These ancient peoples believed that “mourning” the dead was incorrect, as death was a natural part of life.

This holy day is meant to celebrate the lives of deceased relatives, and on this day only, it is believed that they can bridge the gap between the afterlife and the land of the living…if the right rituals are followed.

What happens on the Day of the Dead in Mexico? 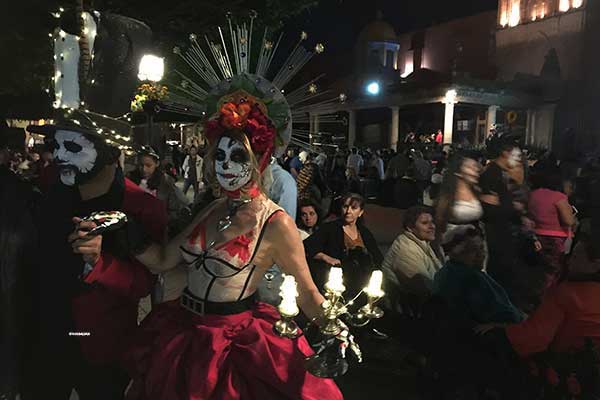 Families gather en masse in the town cemetery and eat, drink, and sing, often with hired mariachis, at the gravesite of their loved one. Food and drink is offered to the spirit, who is right there with them. It’s not quite a party but definitely not a depressing occasion.

Why are the altars set up on the Day of the Dead? 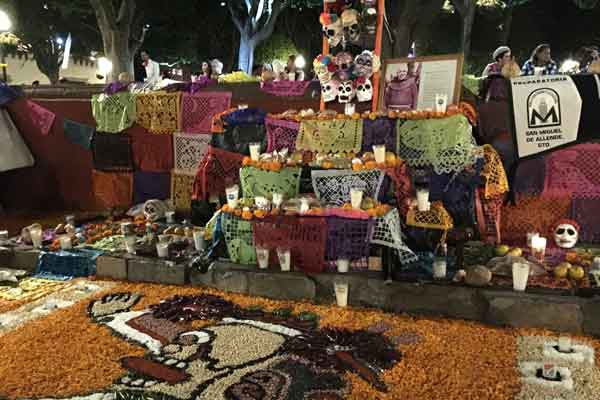 The centerpiece is the ofrenda, which is an elaborate altar that must have certain offerings in order attract the spirit, including alfeniques (skulls, animals, and other items and dioramas made of sugar), photos of the deceased, things that they treasured or were known for in life, and, of course, food and drink to nourish the spirit after their long journey back.

You can’t really eat the sugar skulls or other items, although I’ve been told they’re technically edible. But what is tasty is pan de muerto, a sweet roll covered in sugar.

Bright orange marigold flowers are an essential ingredient for Dia de Muertos. Their scent is said to help the spirit find their way back to Earth, and copal incense is burned to purify the air around the grave.

A post shared by International Living (@internationalliving) on Oct 31, 2018 at 8:42am PDT

In the days running up to the celebration, markets will be filled with all these items, as families ready altars at their homes to be taken to the cemetery. Large altars will be set up in town squares, and some businesses will also have altars.

In many places throughout Mexico there are also public celebrations where everyone is welcome to come dressed as a catrina (women) or catrin (men). Think formal attire with your face painted as a skull. There will also be music, fireworks, and parades.

Day of the Dead is celebrated slightly differently in the various regions of Mexico, but wherever it is observed the expat community is welcomed to join in.