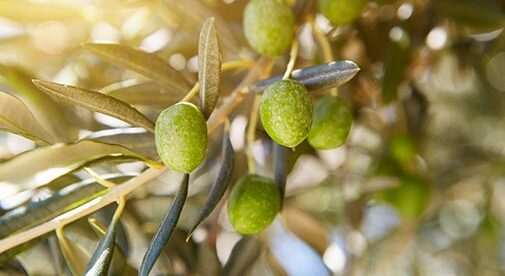 It was Christmas morning in rural Cambodia. My wife, Tricia, and I walked along a trail between rice paddies to our neighbor’s house. We were careful to avoid stepping off the well-worn path. Unexploded landmines from the days of the Khmer Rouge still pose a threat in remote parts of the countryside and often surface after hard rains.

We heard that our neighbor would be threshing rice that morning, and we had received an offer to participate. Such a novel experience seemed like the ideal Christmas gift. So we finished our breakfast of eggs from nearby chickens and persimmons from a tree in our backyard, and made our way out into the fields.

While I had eaten many bowls of rice in my lifetime and had seen it growing in paddy fields, I had never before seen rice grains separated from chaff. Our very kind neighbor showed us how to take a firm hold of a bundle of rice stalks and then beat them against a wooden block to release the seeds.

On a morning when most people back home were throwing wrapping paper into the air, my wife and I celebrated the day launching rice kernels into an ever-growing pile. We later learned how to mill the rice to remove the husk and bran. In the years since, I have often thought of that special Christmas whenever I eat rice.

These lessons have made me happier and healthier.

Modern society has created a yawning chasm between the food we eat and where it comes from. Last Word essays in International Living usually focus on some lesson learned or benefit gained from living a more global life—well, I can think of few more important benefits than understanding more about what we eat. In the 10 years that I have lived overseas, I have been fortunate to learn many lessons about the origins of food and the way it is prepared. These lessons have made me happier, healthier, and wiser.

After an experience on the Maltese island of Gozo in the Mediterranean Sea, Tricia and I now use sea salt as our primary preservative. There, we watched salt being harvested from square basins cut into the coastal limestone. These basins were filled with sea water and then left to evaporate in the hot sun—a local activity dating back thousands of years to the ancient Romans.

Olive oil is also a natural preservative. We began our love affair with this delicacy during our time spent along the sun-swathed coast of Croatia. On yet another Christmas morning a few years ago, we were staying in an apartment inside the palace of the Roman emperor Diocletian. Our host generously gave us a gift of a bottle of golden oil he had personally pressed from the fruit of nearby trees.

Over the next couple of years, Tricia and I would learn to spot the differences between the light, delicate oils of Dalmatia, the spicy, award-winning oils of Istria, and the lavender hints in the olive oils on Marco Polo’s home island of Korcula. It was on Korc ̆ula that we even had the opportunity to engage in the arduous, but rewarding, work of harvesting olives for oil.

The Joy of Continuous Learning

Tricia and I often take classes while traveling. In Thailand, we took a class which included selecting exotic ingredients during a tour of a local outdoor market and then making an exuberant green curry with fresh lemongrass, kaffir limes, and serrano chilies.

Near the volcanic caldera on the Greek island of Santorini, we learned how to make a strawberry soup and discovered new flavors like mastic sap and a spicy Greek version of wasabi. High in a Soviet-era skyscraper in the Caucasus Mountains, we studied the magical applications of pomegranate seeds and walnuts in Georgian cuisine.

While cooking classes are a great way to learn about your food, usually it takes just asking a few questions of the locals. People will often respond with an enthusiastic demonstration.

If you’re abroad, talk to the people. Engage them. You may learn something that will change your life for the better.

In the Eastern European country of Moldova, along the borders of Ukraine and Transnistria, I asked our hosts if I could participate in the culling of chickens for lunch. I knew it would be a difficult, but important, experience. So, on a beautiful fall morning in the middle of a vineyard, I witnessed first-hand the uncomfortable origins of the cellophane-wrapped meat we buy in supermarkets.

Food lessons can be hard. After several months living along the Adriatic Sea, and by asking questions of fishermen, I’ve also learned how to clean and gut fish. This graphic process has been a part of life since the beginning of humanity. However, it is a skill lost to industrialization and the rise of frozen fish sticks.

After learning these important lessons, my wife and I now share a moment of gratitude before sitting down to a meal. It is the ideal prelude to a dining experience where you can visualize all of the steps from plant to plate, farm to fork, and sea to spoon. If nothing else, the international experiences that reconnect you to your food make for great mealtime conversations.