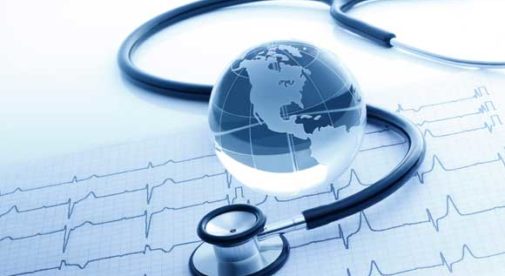 Sometimes the level of uric acid in my blood gets too high and I get very localized, very painful arthritis. In my case, it’s usually in the joints of my big toes. They turn an angry red and throb with a slicing, burning pain that makes walking—or even drawing a bed sheet over my foot—impossible.

In Latin America this condition is called acido urico or gota. And the preferred medical treatment for it is the same as in the U.S. It’s a drug called allopurinol, and it keeps the level of uric acid in my blood from getting too high and causing a gout attack.

I take a dose of allopurinol every day. Anywhere in Latin America, I can buy it over the counter at almost any pharmacy, and it costs me about $7 for a month’s supply.

I have a feeling that this price is amazingly cheap compared to U.S. prices for allopurinol, but I can’t tell you for sure, because I can’t get it in the U.S. without first spending close to $1,000.

For some reason, I can’t just walk into a pharmacy in the U.S. and say, “I have gout, and I take allopurinol, 300 milligrams once a day. I’d like two months worth please.”

Allopurinol is not an over-the-counter drug in the U.S. It requires a doctor’s prescription, which requires an appointment with a doctor (ka-ching…that’s the sound of the cash register). The doctor must order blood tests (ka-ching). Another appointment is needed to get the results of those tests (ka-ching). Somewhere in there, I have to figure out whether I want to go through the pain of trying to claim all this on my insurance or skip the life-sucking bureaucracy and pay for it out of pocket (ka-ching). Eventually a prescription will be written, and the allopurinol can be purchased at U.S. prices (ka-ching, ka-ching, ka-ching).

If I were stranded in the U.S. and running out of my inexpensive, over-the-counter, Latin American allopurinol, I’d be up the creek for days if not weeks and, I estimate, out about $1,000 after all the appointments and testing.

Even if I had my inexpensive, over-the-counter, Latin American allopurinol with me and I showed it to the pharmacist…even if I showed it to a doctor…even if I’d run out of allopurinol and was having a bona fide gout attack and begged for more allopurinol…I’d still have to make an appointment and undergo the blood tests.

Thinking about this the other day, I realized that if I was stranded in the U.S. and didn’t want to suffer the wasted time and incredible expense of the U.S. medical system to get more allopurinol, I’d have two choices…get myself back to Latin America before I actually ran out, or have someone from Latin American “mule” some allopurinol to me on their next visit to the U.S.

This struck me as funny, because most of the time we expats have things muled to us from the U.S., not the other way around. This is how we get those things from the U.S. that we can’t find where we live.

It struck me as odd that, if I was out of my medication, that is inexpensive and easy to obtain over-the-counter everywhere else in the world, I’d either have to leave what is supposedly the richest, most civilized, most advanced country on the planet to get it…or have someone bring it to me from some less “rich,” less “civilized,” less “advanced” country.

Then I realized that this is neither odd nor funny. It’s what thousands of people have to do every day to be able to afford their necessary medications in the U.S.

For most U.S. citizens in this regrettable situation, they’d typically head over the border to Mexico or Canada…but the fact is that almost every other country on the planet offers more affordable, more accessible medications than the U.S.

The U.S. is a lot of things, but the home of the best healthcare on the planet isn’t one of them. It grieves me to say this, because I’m a proud U.S. citizen, and I love my country.

I do not, however, love my country’s healthcare system, which by almost any measure doesn’t even rank in the top 10 worldwide.

But I try not to think about that too much, because it’s stresses me out, and one of the things that can aggravate gout is stress.

And there is no reason for me to be aggravated, because I don’t have to deal with the U.S. health system much anymore.

Like thousands of other expats, I have a much more affordable, accessible healthcare system where I now live.

Get Your Free Healthcare Report Here:

Learn more about where to find the best-quality, most affordable healthcare in the world from our expert expats, who share their overseas healthcare experiences. Simply enter your email address below to sign up for IL’s free daily postcard e-letter and we’ll also send you a FREE REPORT – How Americans Save $15,000 a Year on Healthcare… by Looking Abroad.