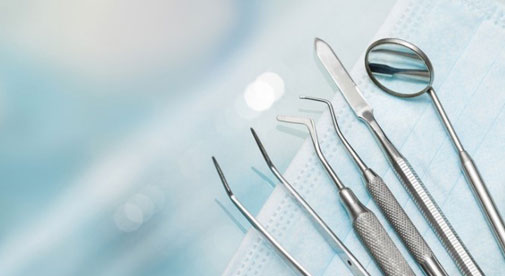 For most of us dental care isn’t something we look forward to. Others are downright terrified of the dentist office. My partner and I fall into the first category. We’d rather not think about it though it’s necessary. We’ve both had our share of expensive dental work in the States and forking over the credit card was painful.

When we started exploring our options for living abroad, quality affordable healthcare was a strong motivator. In the U.S., a basic dental cleaning is $125 where we lived in the Philadelphia suburbs. Annual x-rays could push that up another $300. A few years ago, I had to have two emergency root canals within a year. They were $2,500 each (including crown.)

Medical insurance doesn’t cover any of this.

When we scheduled a scouting trip to Playa del Carmen, Mexico in early September 2017; teeth cleaning was on the itinerary. We’d heard good things about dental tourism in Mexico and started asking for recommendations via social media.

Within minutes of making my request, there were a flurry of posts. I sent the dentist with the most referrals a note via his social media page. The response included his email address to book appointments.

Now I realize some people want to do hours more research before choosing a dentist but I was looking for a simple teeth cleaning. I am happy to go with someone who has a lot of positive reviews.

When the day arrived, we took a taxi to his office which is a small, concrete house with a red tile roof and a gate. It’s one of the nicer structures on the block but blends in if you’re new to Mexico. Fortunately, it’s well-marked on the glass door with “Playa del Carmen Dentist.”

Inside the tiny waiting room, the receptionist greeted us. Her English was as good as our Spanish so it was mostly smiling and nodding but she understood we were there for an appointment and a few minutes later, Dr. Jorge Armenta greeted us.

His English is excellent. He shook our hands and his welcoming personality set us right at ease. Rick went in first because he’d been putting off dental care. A few minutes later, he re-emerged and said there were some problems and needed x-rays. We expected this. Dr. Armenta offered to drive him to the x-ray facility. He said, “it’s only three blocks but I don’t want him to get lost.”

While the dentist was kind enough to drive Rick to the x-ray office, I reviewed the array of certifications on his office wall. They indicated his degrees and licenses to practice dentistry and it turns out his dentistry partner even has a master’s degree in Root Canals. We were in good hands.

According to Rick, the x-ray office had a massive x-ray machine unlike anything he’d ever seen. “It was like something out of Star Wars.” The technician was very professional and moments later, Rick was on his way back to the dentist office, CD of the pictures in hand. Cost? $20.

Meanwhile, Dr. Armenta was busy cleaning my teeth and gently chiding me for skipping regular dental visits over the past couple of years. He did all the work himself while his hygienist handed him dental tools, toothpaste, and dental floss.

Afterward, I waited in the brightly painted waiting room. The primary colors made a cheery appearance and I logged in the WiFi to check email while Rick went in for his turn at cleaning.

It didn’t take long before Rick emerged. We knew he had some dental issues and Dr. Armenta confirmed them. A frequently repaired front tooth broken in childhood, a cracked filling, and a couple of potential root canals were on the docket. Rick’s dentist back in Pennsylvania had gone over the work in detail and the estimated cost was around $6,000.

Dr. Armenta patiently pointed out all the same issues via the x-ray and consultation. Estimated cost? Around $1,500.

He didn’t clean Rick’s teeth that day because he had so much work that needed to be done. Dr. Armenta knew were only there for a short visit and was concerned that a cleaning would irritate the situation and cause pain. He suggested we return the following month when settled.

We appreciated his thoughtfulness and when it came time to pay, we were shocked when he only charged us for my cleaning. He gave Rick a professional consultation and played taxi driver but, in his eyes, he hadn’t completed the job so therefore, we didn’t owe. “I didn’t do anything,” was the dentist’s response.

We moved to Playa del Carmen as planned six weeks later. Rick had a dental emergency which wound up requiring a root canal. Dr. Armenta and his partner were unavailable on such short notice, so he referred us to Stetic Dental Clinic which is a chain of dentist offices throughout Mexico. This office is a in a beautiful, modern building just outside of town. Dr. Maribel Cobela and Dr. Eduardo Nunziata are the specialists there.

The office is well lit with plate glass windows and state of the art equipment. The staff is bilingual. The cost for the root canal and crown at Stetic Dental—about $450 vs. the $2,500 back in Pennsylvania.

Both dentist offices can be found online and have price charts on their websites.

We are thrilled with the dentistry in Playa del Carmen. The standards are comparable to the U.S. and the service is excellent. Now that we’ve moved to Playa del Carmen, we’ve learned of people who will fly down for a few days or a couple of weeks and make a vacation out of their dental work. All at a fraction of the cost back in the U.S.

If you’re considering dental care in Mexico, be assured there are many capable dentists. Ask around, get some recommendations, and check them out online. Chances are, you’ll be thrilled with the results.