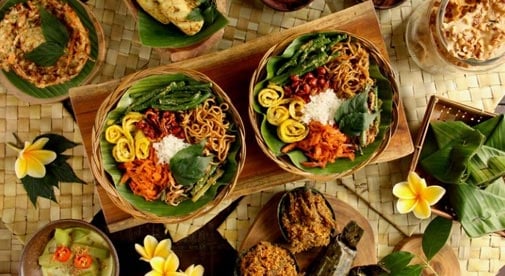 One of my favorite meals in the world happens to be at a Thai restaurant overlooking the beach and the Caribbean in Tulum, on Mexico’s Riviera Maya.

To be sure, I love my local street tacos as well. But, yes, Thai food in Mexico.

The growth of worldwide transportation networks, ease of travel, and increased communication means that this sort of phenomenon is quite common these days.

Just about anywhere you go, you can find food from everywhere else in the world…with eager diners lining up to try new dishes and foreign cuisines.

Of course, there is something to be said for enjoying the local favorites, using recipes with histories going back sometimes centuries, in the place where it originated.

In many cases, the food in a city or region made it famous. And while you could get it elsewhere, purists would say it’s just not the same as the original.

Below my researcher has found bargain properties in three (to be sure, it was hard to narrow down) of the world’s top “foodie” destinations, each with a distinctive local flavor. 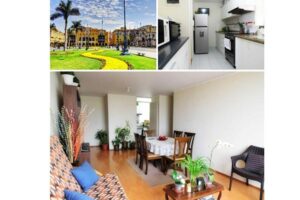 Peru is a land of ancient peoples and traditions stretching back millennia. The influence of the indigenous Incas and other peoples, as well as the history of the Spanish colonizers, is keenly felt here in everyday life and cultural traditions, as well as the food. Throw in the influence of Asian immigrants who started arriving in numbers at the turn of the 20th century, and you have a recipe for a vibrant and unique food culture.

In Peru, you can get everything from hearty country cooking up in the highlands, making abundant use of dozens of different potatoes and quinoa…to light ceviche (raw fish “cooked” in citrus juice; both Peru and Ecuador claim its invention) and other seafood on the coasts. The food is delicious at street stalls, markets, and simple neighborhood restaurants…as well as high-end gourmet fine dining in the capital, Lima, which has become a top world foodie destination.

Lima is a sprawling city of 10 million on the Pacific, with the historic centro surrounded by sophisticated neighborhoods and sprawling suburbs. Crowded, sometimes chaotic, charming—that’s Lima.

There $119,000 three-bedroom apartment is in the park-filled Pueblo Libre district that is a haven for middle-class families and close to the coast. 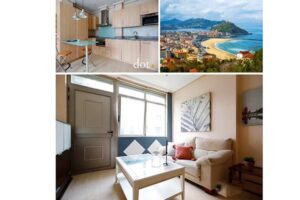 San Sebastián (Donastia in the Basque language) is said to host more Michelin-starred restaurants per square kilometer than any other city in the world—other than Kyoto, Japan. There are 18 stars total, including three restaurants with three stars in and around the city. But food in this charming seaside city of Bay of Biscay isn’t all fine dining.

A popular activity in the Old Town, which is packed with 18th century buildings in the Belle Epoque style, is the txikiteo. It’s a kind of bar hopping that’s just as much about tasty delicacies as it is drinking. You gather a group of friends and enjoy little glasses or wine or beer, along with pintxos (the Basque version of tapas) like marinated anchovies, Iberian ham, or potato omelette at one place and then move on to the next over the course of the evening. Famed chef and author Anthony Bourdain took part in this tradition and found his favorite in Ganbara, one of the town’s top culinary destinations.

There $91,310 one-bedroom apartment is in a quiet neighborhood on the outskirts of town, a place that was once rural but has become increasingly suburban with quick public transport into the heart of town.

In France, there is no shortage of good food and drink. One of the hallmarks of the country’s culture is a dedication to gastronomy at all levels of society. Here lunch is the most important meal of the day and even during the workweek, lunches of two hours are common. With friends and family or at a casual country restaurant, the meal might stretch the whole afternoon.

No wonder, when you have a starter, main course, a cheese course, and then dessert and coffee—not to mention free flowing wine. It’s a good thing dinner tends to be quite a bit lighter…

Toulouse doesn’t get the attention of Paris or Lyon, but it’s a well-regarded food destination in its own right. The standout local meal is cassoulet, named after the casserole dish it’s cooked in. It’s a slow-cooked stew—a one-pot dish—of duck confit, pork, pork sausage, and haricot beans. You grate cheese over it…and serve with a hearty red wine.

This two-bedroom apartment for $118,073 is near a metro stop, so getting around town is easy.

The Only Way to Get the Next RETA Deal

VIDEO: Millions in Savings in 2021