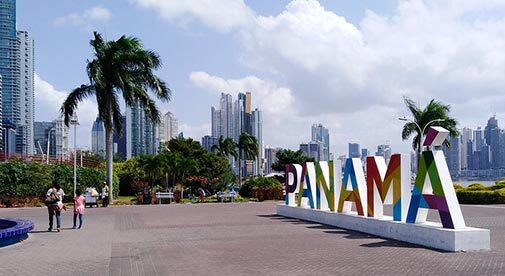 I write this from the swanky apartment, where I rent a room. It is in a high-rise, overlooking the ocean and I am currently on the balcony, watching one of the powerful but brief thunderstorms roll through. One of my roommates is behind me, singing in Spanish in the kitchen, while he prepares a dinner that is making my stomach growl. My other roommates are presumably out in bustling Panama City, which offers endless things to do. Two months ago, this seemed impossible. This is how it happened:

For months, I was planning my escape to a dream life in Panama from Seattle, WA. Then, the world was collectively taken by surprise and hit by a pandemic. On March 22, 2020, Tocumen International Airport stopped accepting international flights, and my plans came to a screeching halt.

While I struggled with how the pandemic affected my life and loved ones at home and navigated this new world, I regularly checked the Embassy of Panama’s website, watching as they extended the closure every thirty days. I began to get dismayed, believing that perhaps it was wise for me to give up for the time being. I know now that it is never wise to get discouraged when pursuing your hopes. Where there is a will, there is a way.

Near the end of September, I told myself that I would look at the Embassy of Panama’s website, “just one more time.” There it was! Commercial flights were to resume to Panama on October 12, 2020.

I was ecstatic. Even with the holidays coming, I hustled to get my things in order and was determined to make my dreams a reality. Airfare was, and still is, cheap. To get to Panama City from Seattle was only $700, round trip. 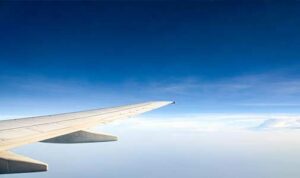 I flew from Seattle to Miami and spent a few days before I continued to Panama on Thanksgiving. While some might think of traveling to a foreign country on Thanksgiving as a lonely way to spend it, I wouldn’t have had it any other way because the ability to make my way to Panama and start my new adventure is at the top of the list of things that I am thankful for.

Miami International Airport was swamped. I had given myself plenty of time and patiently waited through the lines that extended well into the walkways. Soon I was at the gate, waiting to board.

The flight went smoothly, and as I saw Panama City’s impressive skyline in the airplane window, it seemed surreal. In a few short minutes, my feet would be in Panama. The only thing that still nagged at my mind was the Covid-19 test.

I opted not to get the PCR (Polymerase Chain Reaction) test before departure, instead opting for the PCR test offered at Tocumen International Airport, upon arrival for $50. It was straightforward to find the testing location, as there are signs posted just past the arrival gate on your way towards baggage claim. The wait for the test was about 10 minutes. The shallow, nasal swab test was quick and painless, and I took a seat in the waiting area to await my test results. In less than 30 minutes, I had my negative test results in hand and was on my way through customs.

I walked out of the doors of the airport into the tropical weather, and my future as an ex-pat in Panama had finally begun. I could not contain the smile on my face, although no one could see it behind my mask.

When I walked out of the airport, I could see a crowd of taxi drivers across the street in the parking area (which, by the way, only charges $0.02 to park for one to two hours). I had contacted City Jungle Taxi in Panama City before I departed Miami to take me to my hotel for $20. In Panama, that is expensive for a ride to where I was staying, and I knew it, but I was willing to pay for the peace of mind. My taxi driver was waiting for me with my name on a sign. He was very kind and handled all of my luggage. That being said, it was the last time I took a taxi, as Ubers are very cheap and prevalent. I could have paid $5 to $6 for the same ride in an Uber. 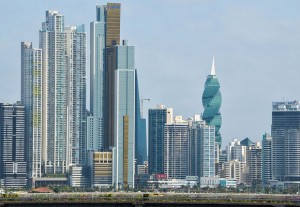 On the ride into the city, I was taking everything in with the eyes of a child. Everything was so new: the brilliant colors on the buildings, the state of dilapidation of some of the buildings, the green everywhere, and then the skyline standing majestically above the ocean, dotted with ships. I could see a few large cruise ships (passengers are not yet allowed to disembark in Panama), many large freighters, and several small fishing boats closer to shore.

I had already arranged to rent a room in an apartment, with three Spanish speaking roommates (what better way to learn the language?), for my first three months in Panama City. It was a much better deal than a hotel or hostel, at only $350 a month, all included. I was tired from travel, however, and not quite ready to jump into meeting my new roommates, so I opted to stay at the Sheraton Grand Hotel in the San Francisco neighborhood for a night to relax and freshen up. The hotel room was approximately $100.

While researching places to stay in Panama City, I came across hostels, which are open again, where I could rent a bunk in a shared room for as little as $13 a night. Many of those hostels also offer private rooms (only some with a private bathroom) for as little as $30 a night. Of course, there are many hotel options, as well, usually from the $80 range on up. A simple Google search will show you both hotels and hostels in the area. How much you will spend comes down to the neighborhood and the type of accommodations that you prefer.

If you are looking for a room or apartment rentals, Encuentra24.com is a great resource and is very similar to Craigslist. If you don’t speak Spanish, you may need to translate your messages before you send them and then translate the response when you receive them, as I found that many of the users do not speak English. This is where I found the best prices, by far, for these types of rentals.

Everyone that I have seen respects the mask law here. I have not seen a single person without a mask on, unless in a restaurant or bar. The law states that you must always wear a mask in public unless eating or drinking, or socially distancing at the beach. You can be fined or detained if you do not. I am not used to that, coming from the U.S., and it was honestly refreshing to see everyone taking public health seriously and protecting their elderly and high-risk population. 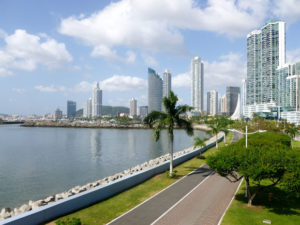 Upon arrival at my hotel, there was a temperature reading station with hand sanitizer at the only open entrance. You walk up and either stand still in front of the reader or place your hand in front of it. It turns green if you are in the safe temperature zone. The doorman was monitoring it and made sure that everyone who entered complied. It has been the same procedure at every business that I have entered since, barring a few small businesses that did not have the fancy machine, but used a handheld, external-read thermometer instead.

The Sheraton Grand Hotel was stately and well-appointed, by American standards. I checked in, went up to my comfortably cooled room, and laid back on the bed. My dog, Mabel, lay at my feet (You wouldn’t leave your best friend behind, would you?). I stared out onto my view of the ocean and told her, “Mabel, we made it. We’re beginning our dream-life in Panama, despite the pandemic!”

And you know what? You can, too!