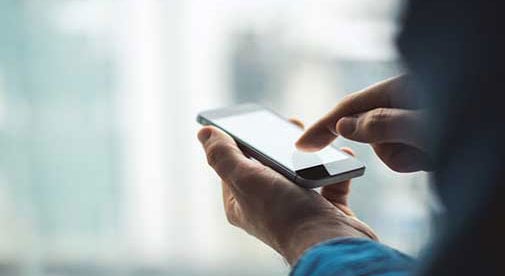 I am Laura Diffendal, the Belize Correspondent with International Living, and I want to do a quick video today about Wi-Fi and cellphone use and connectivity in Belize. So, number one, is there a good Wi-Fi in Belize?

This is a little bit subjective and you’re going to find differing opinions on it. I can tell you we’ve been there five years and I have an online business and I have very few complaints about the Wi-Fi, especially considering where I live in Placencia and San Pedro is considered kind of a remote island and then a bit of a remote peninsula in southern Belize. And I would say the worst thing that happens is maybe once a month it goes off for a couple of hours because they’re fixing some kind of line. And throughout the day there’s times where it slows down, but not enough to really stop you from being productive unless you were somebody in the upper echelons of internet use, the top few percent.

It is more than adequate for any sort of online activities you’re going to be doing. There’s also WiFi available everywhere you go throughout the country. Every bar, every restaurant, you can always get the WiFi password.

In Belize, there are our two providers for Wi-Fi and some people, because it’s not terribly expensive, will actually have both if they really need to have coverage all the time and don’t want to worry that maybe one day there’s going to be some work being done where the Wi-Fi would be out for a day.

For cellphone use in Belize, what most everybody does is called a prepaid plan. You get your sim card. You get your local Belize number. And then you do what’s called top up. You pay money towards your internet minutes. You can also buy data.

When I’m using data a lot, I would say I spend around $80 a month on my cellphone in Belize and that would be with very heavy, heavy data usage. Most people can get away with about half that.

The cell reception is pretty good throughout the country. You’re certainly going to find spots in the Mayan villages, in the jungles, in the mountains where there’s just no cellphone coverage. But in the major tourism areas, you’ll go throughout almost the entire island of Ambergris Caye, throughout the whole peninsula, Placencia, throughout most of Cayo. You’ll have no problem.

Are you able to use Skype, WhatsApp and Facebook in Belize?

Most everybody uses Skype, WhatsApp, and Facebook. I always say that Placencia is one place that runs on Facebook. Everything you want to know is on Facebook and you have to be on Facebook if you want to be connected there. For calling home, Skype, using FaceTime and WhatsApp are usually the most popular methods to stay in contact. And most people will not complain about the connectivity in doing that.

Is Netflix and Amazon Prime Available in Belize?

Netflix and Amazon Prime. There is talk that Target and Amazon are starting to ship to Belize. I don’t know anybody that’s done it and I haven’t tried it myself. I really don’t trust it yet. Belize is still pretty rustic when it comes to the shipping and postal services and I think you’re still going to have a pretty long way.

What most people do to get items from the U.S. is they ship it to a Belize shipping company in Houston or Miami, have it barged over and then it’s brought right to their door and it takes around six to eight weeks to get your items. So we just kind of live with that. It’s a very non-materialistic place so you kind of get used to not having everything all the time.

And we are able to use Netflix. It’s a little strangely inconsistent sometimes. We’ll go to log in and it’ll say, “You don’t have permission to do this.” So there’s certainly a range of ways around that. You can find those ways with a little bit of research, so it’s not something that’s a deal breaker. You can figure it out.

Can You Get U.S. Television Channels and Cable in Belize

And the cable television in Belize is one of the most interesting things. You get every movie channel in Belize. Let’s say, for example, Coral Cable in Ambergris Caye. You get like 200 channels, all the movie channels, it’s absolutely wonderful. The funny part is about every few days, you get something that flashes on your screen. Everybody gets it, and it says, “Your bill is due and if you don’t pay it, we’re going to cut your service off,” which is very funny when you have rental units and have to explain that to your tenants.

Belize, I don’t know exactly the agreement they have, but what they do is basically, through satellite, they get all the channels from the U.S. They broadcast them through Belize and you’re able to get those for about like $40 to $60 a month U.S. So, that’s a good deal and not something most people complain about.

Especially for a rustic country that Belize is, I have been really impressed with the technology. And there is even talk that they are going to be upgrading all of the services over the next couple of years. So not a weak point in Belize. We hope to see you there soon. Thanks.

Where Should I Visit in Belize?