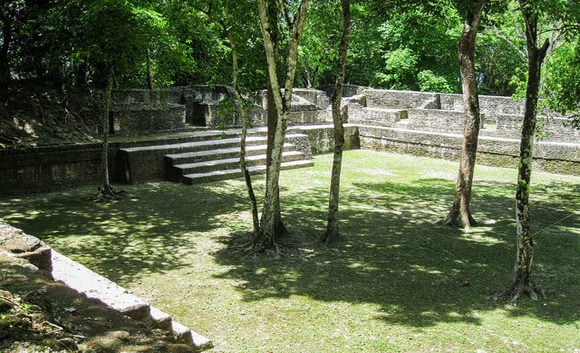 Climate: The climate is sub-tropical, meaning that it’s hot and humid nearly every day except in the mountainous areas. The rainy season is from May to November, and the dry season from February through April. In Belize City, high temperatures average from 80 F to 88 F and lows from 66 F to 75 F. May and June are usually the warmest months, and June and October the wettest. In general, the southern coast is rainier than northern coastal areas, given that the rain forest is located in the south. Because of high humidity, you’re likely to feel hotter than the thermometer indicates unless you live in an area on the coast where there is a cooling sea breeze.

Currency: The Belize dollar is officially pegged to the U.S. dollar at a rate of $1 = 2 BZD.

Language: Although English is the official language of Belize, there are many places in the country where Spanish and English are both spoken.

Emergency numbers: In case of any emergency, dial 90 from anywhere in Belize. This will connect you to the police.

Brief History: Belize wasn’t always the stable and welcoming country that it is today. Several centuries ago it was a battleground for Spanish and English colonialists. Centuries before pirates and European settlers set foot in Central America, the region was inhabited by the Maya, a remarkable people who made historic achievements in mathematics, astronomy, architecture, and the written language.

Cost of Living in Belize: A monthly income of $2,000 will usually go much farther in Belize than in the U.S., Canada, or Europe.

Healthcare: The cost of medical treatment is low in Belize, but because the country is small, there are few medical specialists or hospitals to choose from. For serious conditions, expats in Belize often go back to their home country or to Mexico or Guatemala for surgeries or complex treatments.

Real Estate: “Caribbean real estate” has historically been synonymous with “expensive.” Properties in the Cayman and Virgin Islands have long been out of reach for most retirees. Belize is on the Caribbean Sea, but is also a Central American country. The cost of real estate in Belize has again been on the rise the last few years, but prices are still much less than those on other Caribbean islands.

Things to Do in Belize: Maya ruins, spectacular waterfalls, lush rain forests, and exotic wildlife. They’re all part of Belize, which also has many miles of virtually unspoiled coast, plus the Western Hemisphere’s largest barrier reef, a mecca for diving, snorkeling, and fishing.

And Other Fun Facts You May Not Know… 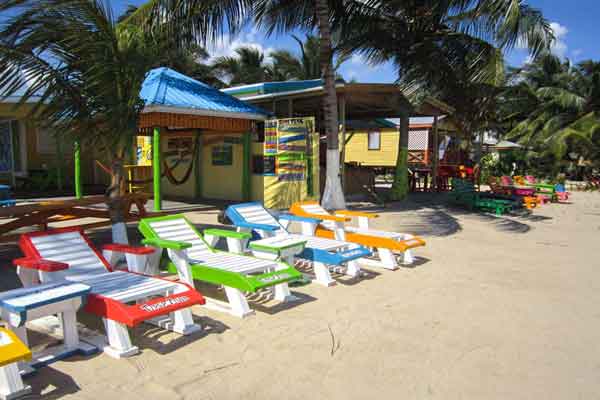 These days most people have heard of Belize. They’ve seen the TV ads and online videos of its gorgeous offshore islands, lush inland jungles, and ancient Mayan archaeological ruins. But when someone starts to plan their first trip to Belize they often ask, “Where is it?”

It’s not unusual for people to be confused about Belize and its location. So let’s talk geography: Belize lies directly below the western Yucatán Peninsula. Corozal, the northernmost town in Belize, is directly south of the Mexican town of Chetumal. A flight from Miami or Houston to Belize takes just over two hours.

Beyond the Yucatán, Belize lies to the east of Guatemala, and north of Honduras. It sits on the Caribbean Sea and is part of CARICOM—the Caribbean Community. This unique country has one foot planted in Central America, and the other in the Caribbean. Many of its coastal towns have the look and laidback feel that the Caribbean is known for.

With only 370,000 residents, Belize is a tiny country. A thousand years ago it was the center of the Mundo Maya—the world of the Maya. The ancient Maya were Belize’s original inhabitants. Belize first came under British rule as a colony in 1840, as British Honduras. In 1981, Belize proudly gained independence, but it’s still a part of the British Commonwealth, with Queen Elizabeth II as its monarch and head of state. The Prime Minister of Belize is Dean Barrow and the country has a Senate and a House of Representatives.

Belize’s language, laws, and government all come from the British Commonwealth, but its residents are a melting pot of cultures and races. Around 50% of Belizeans are Mestizo; 21% are Creole; 5% are Garinagu; and 10% Maya. The remaining 14% are a mix of Chinese, East Indians, Lebanese, Mennonites, and other Caucasians. Yet everyone gets along amazingly well. In fact, Belizeans are a welcoming, helpful people who favor a live and let live lifestyle.

But Belize has a rather checkered history. Did you know that some notable buccaneers hid out in Belize in the 1600s? The Baymen are the earliest group of pirates to make the area their home. They came mainly from Britain and Scotland. Eventually these men tired of their wanton ways and settled in Belize. They took on local wives and became the Baymen.

As a British colony Belize adopted English, making it the only country in Central American where English is the primary language. But due to the proximity of Mexico and Central America, and the increase in immigrants, Spanish is widely spoken in the regions of Belize that are predominantly Mestizo.

When going about your day you’ll notice that most Belizeans speak several languages. Those educated in Belize speak English. But almost all Belizeans speak Kriol when in a mixed group, and many speak Spanish. Most Mayans speak a Mayan dialect—either Kekchi or Mopan. When a mixed group of Belizeans gather it’s not uncommon for them to fluidly shift back and forth between English, Kriol, and Spanish. 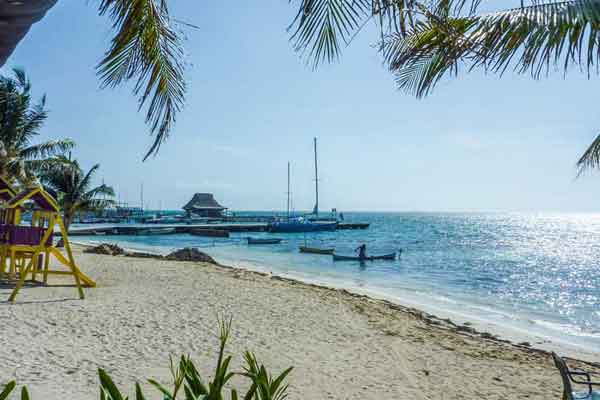 Here’s another interesting fact. Have you heard of Belize’s most popular island, Ambergris Caye? It’s garnered a series of best island awards during recent years. Ambergris Caye sits offshore, to the east of the mainland. But before the Maya inhabited Ambergris Caye it was an extension of the Yucatán peninsula. It’s said that the ancient Maya living on Ambergris Caye dug a narrow channel on the north side of the island to allow easy transit to the Caribbean Sea. That saved them the significant time required to sail around the southern part of what is now an island. If not for the early Maya that inhabited Ambergris Caye, this island would still be part of Mexico.