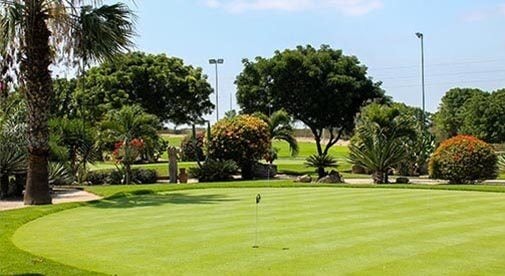 As I embarked on my adventure of moving to Ecuador for my retirement, there were still many things I had not completely figured out.

Laying down a solid foundation of research is essential before you move overseas, but there are some things you just need to discover for yourself once you’re “in-country.”

I’ve learned a lot since I got here. It’s almost all been good. Getting to Ecuador and having a good look around led me to a discovery I’m very happy about. Before I arrived, I had no idea there were decent golf courses here. As it happens, my home in Santa Mariañita is just a short drive away from a wonderful golf club, and I’m now an enthusiastic member. I could probably have figured that one out before I left the States, but it came as a pleasant surprise, and it’s a good example of how, sometimes, you find things out that you weren’t exactly looking for.

Another important item on my figure-it-out-in-Ecuador list was the whole money, finances, banking, and investing issue. I wondered how I would make it all work. Would I be best served by moving some portion of my retirement nest egg, such as it is, to Ecuador? Or would it be better to leave it invested in the U.S.? These are questions that any potential expat retiree might ask themselves. Here is what I did, and what I have learned.

In 2000, Ecuador “dollarized” its economy and now uses the U.S. dollar as its official currency, so thankfully there is no confusing or variable exchange rate to complicate these decisions and discussions.

A solid foundation of research is essential.

Like most retirees, I have certain criteria for managing my finances in retirement which need to be met, including:

And, like most people, I also have some apprehension about the seemingly inevitable cyclical correction in the U.S. economy and what effect that event would have on my financial outlook. As retirees, we don’t have the luxury of following the normal advice of just “sticking it out for the long-term” during a potentially extended downturn. When you are 68 years old, the “long-term” has a very different look.

Banking in Ecuador is similar in structure to the U.S. There are three defined banking sectors: public banks (bancos públicos), private banks (bancos privados), and credit unions (cooperativas populares y solidarios). Importantly, your savings are covered by the Ecuadorian version of the FDIC—COSEDE— which is a government-operated insurance fund to secure money that you have in financial institutions.

COSEDE is the acronym for the Corporación del Seguro de Depósitos, which translates as the Deposit Insurance Corporation of Ecuador. Similar to the FDIC in the U.S., there is an upper limit to the dollar amount of deposits that are insured, and, in Ecuador, that amount is $32,000 per person per financial sector.

Also, like the FDIC, financial institutions pay a small percentage of each deposit that they hold into COSEDE. That upper limit of dollars covered by the COSEDE government insurance fund applies to the total of funds owned by any individual in a financial institution in each financial sector.

As an example, if one wanted to deposit $90,000 in financial institutions in Ecuador and wanted it all covered by COSEDE insurance, that can easily be accomplished by depositing $30,000 in one institution in each of the three financial sectors. A prudent investor will make certain that the financial institution they choose is approved and authorized for COSEDE coverage of their deposits.

In Ecuador, all of the banks are covered, as are the majority of the larger cooperativa options. It is easy to check the coverage on the COSEDE website. There has never been a failure of any of the banks or of the top 10 cooperativas in the 55 or so years of their existence. I have deposits in three bancos and three cooperativas.

My money management has become simplified.

Additionally, even though the standard CD term is one year, most institutions will pay the interest every month if you request it. Prior to coming to Ecuador, my retirement financial planning was based on earning between 5% and 6%, and I was expecting to have to devise a diversification plan for my investments to shield them from U.S. market declines, etc. But on the funds that I brought in and invested in CDs in Ecuador’s financial institutions, my money management has become significantly simplified.

Now, I just put the money in financial institution CDs and receive the interest every month. The only diversification plan I need for these funds is to vary the financial institutions that hold my deposits to be sure that my funds are within the upper limit for the COSEDE insurance against any loss of principal.

How can they pay that much? To understand that you need to understand that the larger economy and banking sectors in Ecuador are, in general, somewhat different from those in North America, and the government and the people use significantly less debt. Government and personal debt in Ecuador is quite low. The poverty rate is down to 21% from 35% a decade ago, and the national debt of Ecuador is approximately 40% of its gross domestic product (GDP). For comparison, the U.S. national debt is two-and-a-half times larger at 104% of GDP, and the U.S. poverty rate is about 12%. Generally, poor citizens use less debt, and loans that people get are at a much higher interest rate, so they are used very prudently.

In addition, the Ecuadorian government doesn’t loan cheap money to financial institutions so that they can then lend it out at higher rates, as the U.S. does. A significant portion of the money that the financial institutions in Ecuador lend comes from the funds that others, like me, deposit in those institutions. The personal debt delinquency rate in Ecuador is approximately 6.2%, versus 2.3% in the U.S. These factors result in high interest rates for borrowers and high interest returns for depositors.

This information would be incomplete if it didn’t include the fact that, until recently, Ecuador levied a 5% “exit tax” if you wanted to take money out of the country. That, of course, was a negative influence but wasn’t overriding unless one wanted to get in and get out in a short period. If you brought money into Ecuador and earned 9% in one year and then wanted to take it out of the country, it would cost you 5%, and you would only net a 4% return on your money. However, if you left the same amount invested for five years and then took it back out of the country, you would net 8% on your money because the total exit cost would amount to 1% per year.

Cooperativas pay between 7% and 10% interest.

There were some special exceptions to that 5% exit fee, but they didn’t often fit within the needs of most investors. The exit fee wasn’t a determining factor for me because I intend to leave the money earning these excellent rates for much longer than one year. And here’s more good news: That “exit tax” policy was revoked earlier in 2019 and is being phased out completely over the coming four years through 2023, when it will be eliminated totally.

For this expat, the discovery of these excellent returns on insured bank deposits was icing on the cake and made my decision to live in Ecuador look even better. Had I known about this welcome addition to my personal finance arrangements before I made the move, it would have been another significant positive factor when I was making that decision.

And I must admit, the positives are plentiful. The sun, the beach, the spectacular variety of inexpensive fresh seafood, fruits, and vegetables, along with high returns on retirement funds…and excellent, inexpensive golf! Yes, I’m very happy in Ecuador.

Is it Safe to Live in Ecuador?