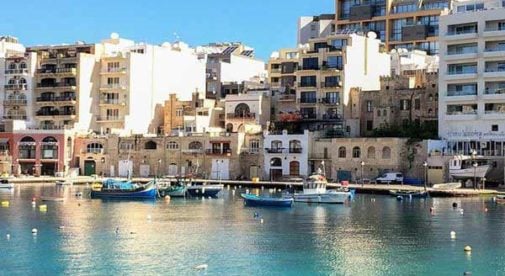 A few years ago, my brother had a severe health scare, and I realized that life is finite,” says Eric Hungerford. “Why wait until you have all the money in the world? That will never happen. Why not go now with whatever money you do have?”

In 2017, Eric, 64, and Larisa, 47, attended an International Living conference in Arizona. “The conference gave us confirmation that we really could move overseas or be roving retirees. It was a dream for us, but we didn’t know anyone else who had done it. The conference gave us the confidence we needed. We actually could do it; it really was possible,” recalls Eric.

Eric and Larisa always loved to travel but got tired of going places for one week at a time. “We didn’t get to really experience the culture in that amount of time. We wanted to feel more like locals than tourists,” says Larisa. “We moved overseas in our minds long before we ever made a move.”

After the conference, they decided to start their roving retirement in Penang, Malaysia. “We were actually saving money by living in Malaysia for a few months,” says Eric. “It is so much more affordable than the U.S. We didn’t have to dig into our savings for anything. I bought two tickets to Malta and a new smartphone, and I’m still under our budget.”

Their $3,500 to $4,000 budget is based on Eric’s pensions. He was a lieutenant colonel in the Army, as well as a teacher. “We don’t have a nest egg and have very little savings. That sets the tone for our choices,” says Eric. “We use Airbnb or VRBO to find rentals and stay as long as the visa will allow us to, unless we cut it short for a new adventure. We can negotiate for better rates because we are staying longer.” Staying longer helps with other aspects of budgeting too. “Once you get to know a few people,” says Larisa, “they show you where to go to live like a local; where the best cheap eats are, what market to go to.”

In Penang, Eric and Larisa found an apartment in the Pulau Tikus neighborhood that was close to everything. It was within walking distance to loads of restaurants and hawker stalls, as well as close to markets and grocery stores. George Town, the capital of the island province, was just 10 minutes’ drive away. They spent $842 on their first month’s rent and then negotiated down to $700 for the next month. For that, they got a three-bedroom, two-bathroom condo with a large balcony.

One of the best parts of being a roving retiree is the adaptability. For Eric and Larisa, choosing where to go next is half the fun. “We get to flip a coin and pick a place off of our bucket list,” says Eric. “Cuba, Belize, Vietnam, Ecuador? We have a big bucket list,” adds Larisa.

Right now, they’re in Europe. Larisa decided they’d check out Malta for three months. They found an Airbnb for their Malta stay: a three-bedroom, two-bathroom penthouse right by a marina in the small seaside town of St. Julian’s for $1,400 a month. A simple lunch of pizza and water in Malta is $5.75, and a bottle of wine is even cheaper at $3.50 to $4.50.

One of their tips to keep the overall annual budget in check is to go to a country where the cost of living is cheap after being somewhere more expensive. “We’ve got to balance it out. After Malta, our next plan is to go to Vietnam, a very inexpensive country,” says Eric.

Eric points out that for roving retirees, it’s okay to learn as you go. You don’t need to have all the money, or have it all figured out, before you take the first step. “The first move is always the hardest, but the second, third, fourth…those are easy. So, get out there, try it out. See if it is for you,” Eric says. “We land somewhere new and just look around and figure it out. We don’t have all the answers yet. But that is not going to stop us.”

Visa and Residence in Malta