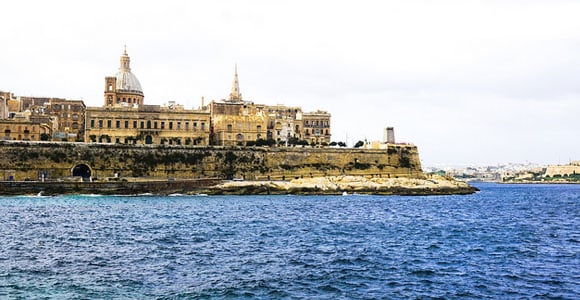 Retiring in Malta is easy and affordable

Malta offers a variety of visa options for non-Europeans wishing to live or retire on the islands, including both a pensioner option for retirees and a self-sufficient person’s visa, which gives self-employed people the opportunity to live on the islands. According to Canadian and American expats already living on Malta and Gozo, these visas, which are issued for one year and can be renewed indefinitely, are easier to get than you may think and can be applied for while in Malta on a regular tourist visa.

Retirees on Malta also benefit from special discounts on things like buses (50 cents for a one-day unlimited ride ticket) and ferries (free), and from a well-ranked and affordable healthcare system.

Retirement and Community in Malta

Another benefit of Malta for retirees is its size. It is one of the smallest and most densely packed countries in the world, which means you don’t have long stretches of quiet countryside (at least on the main island), but it’s incredibly easy and quick to get around. The bus ride from Valletta to the ancient and wonderful city of Mdina, for example, is under an hour. The ride from Sliema to the seaside promenades of St. Paul’s Bay is just over 30 minutes. And the trip from Valletta to Gozo by bus and then ferry is less than two hours.

Since Malta is so small, well-connected, and densely packed, there are a lot of people—retirees and expats included—to connect with. If you’re looking for a social retirement, this is a good place to start. While there aren’t many American retirees on the islands (yet), there’s a large British expat population and a good number of mainland Europeans and Australians, as well. And it’s easy to meet these expats through resources like the British Association, which holds lunches, lectures, and walking tours every month on the main island, and Internations.org, which hosts a variety of its own events and provides free forums and messaging for expats to connect with each other and plan their own get-togethers.

Popular Cities for Retirees and Expats

According to the locals, Gozo is the place to be for retirees. The island is known for being quiet, having a slower pace of life, and bringing you closer to nature. But it also has all the amenities you need, including a hospital, shopping malls, grocery stores, small locally-owned food shops, excellent restaurants, and an extensive transportation network for those who prefer not to own a car.

Another popular spot is the St. Paul’s Bay area (including pretty Bugibba), on the main island, which has a reputation for a large British expat population, including many retirees. And, of course, Valletta and Sliema (the capital and its popular neighbor) are magnets for both tourists and expats, though the population there seems to include less retirees and more working expats.

Malta is also one of the more affordable European options for retirees. One retired American expat reports paying just $600 for a two-bedroom property with two balconies in popular Sliema, just a short ferry or bus ride away from the capital—and the rental prices are even cheaper on Gozo, with listings on Maltapark.com (the Maltese equivalent of Craigslist) starting as low as $250.

And rent isn’t the only affordable thing on the islands. Expats quote grocery figures under $500 per month (for a couple). And a nice sit-down dinner at a restaurant runs an average of just $25-$35 per person.