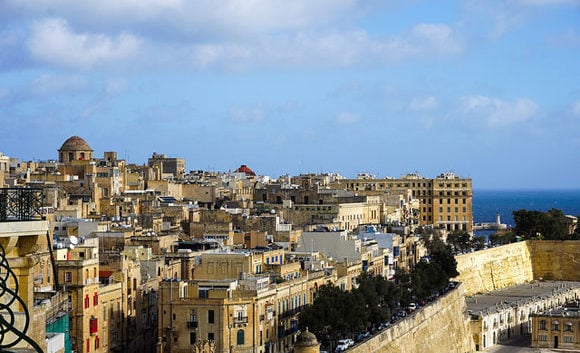 If you’re dreaming about a move to the sunny Mediterranean and are looking for mild winters, an English-speaking country, world-class diving, and affordable real estate options, you’ve come to the right place. Malta—a tiny group of islands just south of Sicily—has it all. On Malta, the most popular places with expats is the ancient capital city of Valletta, as well as its neighbor, Sliema. Valletta is full of old stone buildings, many of which have been—or are ready to be—refurbished. Sliema, on the other hand, offers some new-built options.

Another popular set of cities for expats is the St. Paul’s Bay area along the northern coast, where you’ll find plenty of sea views and lower prices.

And even farther north, on the second largest island in the Maltese archipelago—a place called Gozo—expats looking for a slower pace of life or a retirement surrounded by nature will find plenty of deals on old farmhouses, city townhomes, and apartments often with pools, balconies, or sea views.

Valletta—Malta’s capital city—and Sliema—just a quick ferry ride away—are popular spots for both tourists and expats, which is why they’re some of the liveliest cities on the islands. Residents have a wide array of excellent dining choices, expat events and activities, and, of course, real estate options. The real estate prices here won’t break the bank either, despite the excellent location.

A Retirement Haven on the North Coast

The popular seaside towns of Buġibba, St. Paul’s Bay, and Mellieha on the north coast of the island also attract a lot of retirees and expats. And with the pretty bay views, well-kept promenades, and lower real estate prices, who could blame them?

Property examples on the north coast:

• A furnished two-bedroom in Buġibba with an open floor plan, a small patio, a kitchenette, and one bathroom lists for $85,000.

• And a three-bedroom maisonette, in Mellieha, boasting beautiful sea and cliff views from multiple terraces and abundant natural light in all rooms lists at $176,000.

While the island of Malta is bustling and full of people, Gozo, just a 25-minute ferry ride to the north, has a reputation for peace and quiet. And it certainly lives up to that reputation. So if it’s a quiet retirement in an old farmhouse just steps from the sea you’re after, Gozo is the place for you.

And if you’d rather have something in the middle—with a little hustle and bustle, consider basing yourself in Victoria, Gozo’s lively capitol. It has all the amenities you need, including a hospital, a shopping mall, and even an organic food store, but it’s also just minutes away from quiet seaside walking paths and pretty countryside towns.