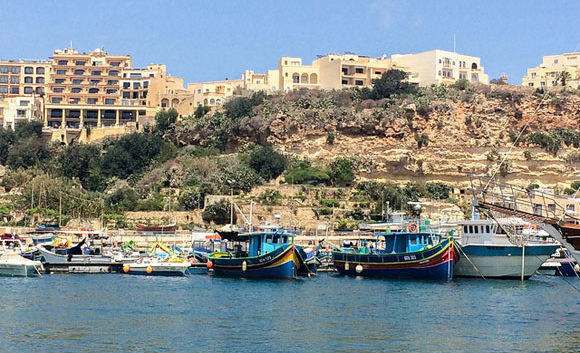 Despite its tiny size, Malta has been rated as offering some of the best healthcare in the world. The World Health Organization ranked Malta 5th among more than 100 countries for overall healthcare services. Recently, Numbeo’s independent study of European countries found Malta’s healthcare system to be second only to top-rated France.

Malta has a strong public healthcare system, which provides free services to all Maltese citizens and European Union residents with a European Health Insurance Card (EHIC). The island has several public hospitals, including a large one on the island of Gozo, and a network of health clinics and pharmacies that offer preventative, rehabilitative, and curative care. Thanks to Malta’s small size, it’s fairly easy to access either a hospital or health clinic when you need it, no matter where you live.

Malta also has two private hospitals on the main island. Both offer a broad range of services, from blood tests to diagnostic scans to complex surgery. They boast of having the latest medical technology, such as a 4D ultrasound, a comprehensive digital radiology system, laser assisted surgery, and MRI and CT spiral scan.

Both hospitals are known for the excellence of their specialty clinics. Da Vinci Health, for example, has multiple clinics, including a well-respected breast care clinic, dentistry department, and an orthopedic specialty. St. James’ Hospital Group owns four state-of-the-art clinics and one 80-bed hospital that has a renowned eye care clinic.

Non-EU citizens living in Malta must obtain private healthcare insurance. Naturally, the cost of such insurance varies, depending on your age, health, and needs. But some expats say that the cost of private insurance are much lower than in the U.S.

The fact that a growing number of Maltese and EU citizens are taking out private insurance, despite having access to free public care, may be a testament to the reasonable cost of private health insurance. Many prefer to have some additional insurance coverage because it allows access to a greater range of physicians and services, and because private care usually offers shorter wait times for certain services.

Most insurance companies, such as Laferla and Bupa, offer a variety of plans to suit individual or family needs. For example, Laferla’s basic “bronze” plan provides limited cover for private hospital treatment, and full coverage for CT and MRI scans, outpatient doctor visits, and cancer treatment. The top-tier “gold” plan covers everything, including funereal expenses, up to €600,000 ($653,550)—a figure that goes a long way in Malta.

Because out-of-pocket medical costs and medicines in Malta are so much cheaper than in the U.S., you might opt for basic hospitalization coverage and then pay for other expenses from your own pocket. A basic doctor’s visit in Malta costs approximately $20, while a specialist may cost around $65. Basic lab work runs about $30, and an MRI costs on average $168 to $213. (In the U.S., it averages $1,500.)

One private hospital even has “special offers.” As of this writing, Da Vinci Health has a special on women’s health services. A woman can get a mammogram, a bone density test, and blood work analysis for $168. By comparison, in the U.S., the bone density test alone would cost $150 to $200.

Medicines in Malta are also much less expensive than in the U.S., although perhaps slightly more expensive than other countries in continental Europe. For example, the common asthma medication, Albuterol, costs around $3.50 in Malta, compared to $50 to $100 in the U.S. A box of antibiotics for a week’s course of treatment can cost as little as $20.