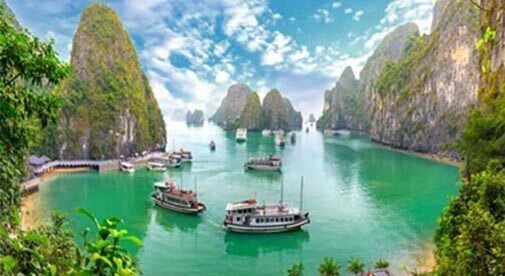 One of the reasons why Vietnam has become such a popular destination for tourism is that there is so much to do. Whether you’re exploring unspoiled, hidden beaches, trekking in remote mountains, taking photos of ancient Cham ruins, or simply relaxing at a bia hoi with the locals over a glass of fresh-brewed beer, Vietnam has something to excite even the most particular traveler.

Here are a few things that you won’t want to miss when you come here.

Explore the Depths in the Many Caves of Phong Nha

If spelunking through wild caves sounds interesting, be sure to visit Phong Nha Ke Bang National Park, which has more than 300 known caves and grottos, with more still being discovered. In 2009, a local man happened across Son Doong, which has turned out to be the largest known cave system in the world. Son Doong Cave is so big that a 40-story skyscraper would fit into the main chamber. Other caves in the area are also impressive. The national park is near the town of Dong Hoi, where several operators offer tours to the various caves. Oxalis Adventure is the only licensed operator offering tours into Son Doong Cave; the four day tour, which includes three nights in the cave, costs $3,000 and should be reserved at least a year before your arrival. 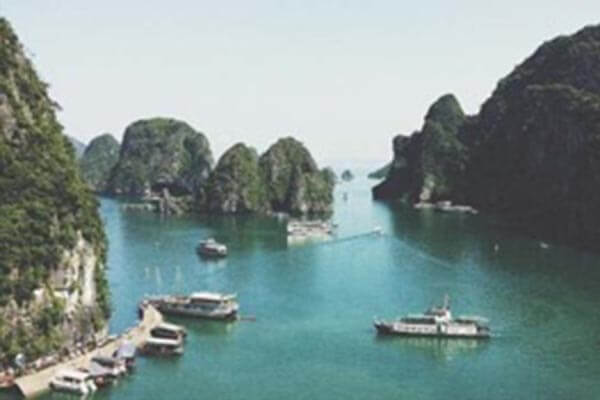 Vietnam’s most popular destination hosts visitors from around the globe, and with good reason. Boats ply through the calm waters of the Tonkin Gulf, treating visitors to the dramatic sight of hundreds of isolated, jungle-topped uninhabited islets. Most cruises offer kayaking and swimming excursions, stops at floating fishing villages, squid fishing, and visits to one of the many caves in the region. The better boats serve outstanding seafood and international cuisines; all have English-speaking guides and safety equipment. Halong Bay was designated as a UNESCO World Heritage Site in 1994 and receives Vietnam’s greatest number of tourists. Lan Ha and Bai Tu Long Bay treat visitors to the same stunning scenery but without the crowds.

Get Lost in Hanoi’s Old Quarter

Get lost wandering through the haphazard maze of streets in the Old Quarter. You’ll see old French colonial-style buildings and hidden Chinese-style temples, bustling markets, and street vendors, more motorbikes than you ever thought possible, and some of the best street food to be found anywhere in Southeast Asia. Don’t miss Hoan Kiem Lake, the historic heart of Hanoi, with its gnarly shade trees, ancient temples and pagodas, and friendly locals. Visit Lan Ong Street, where you can take in the rich scents of shops selling traditional herbs and medicines.

Get off the Beaten Track in Northern Vietnam’s Mountains

Drive a few hours out of Hanoi and you’re in a different world. The far northeast is a land of towering mountains, expansive terraced rice paddies, and hundreds of ethnic minority villages. Deep canyons, colorful markets, and thundering waterfalls beckon exploration.You’ll find 4,921-foot Mai Pi Leng Pass and the 2,625-foot deep Tu San Canyon in this region, and you can take a boat to the foot of the thundering Ban Gioc Waterfalls, the world’s fourth largest waterfall along a national border.

Also impressive, and more accessible, is the former French Colonial hill-station of Sapa in northwest Vietnam. You’ll see terraced rice paddies cascading down steep mountains, the beauty of sparkling waterfalls, and have the opportunity to go trekking and spend a night or two at a homestay in a remote Hmong or Dao minority village.

Ride Into the Clouds on Hai Van Pass

Rent a motorbike or hire a motorbike and driver and explore Hai Van Pass, a lightly traveled coastal mountain pass on the old national highway that winds between Hue and Da Nang. The steep, twisting road is one of the best motorbike-friendly roads in Vietnam. When you arrive at the summit, you’ll be treated to spectacular views of the sleepy fishing village of Lang Co to the north, Da Nang to the south, endless mountains to the west, and the rugged coastline of the South China Sea far below. You can explore the remnants of an old French fortification at the summit and grab a snack or a drink before starting the long descent.

Explore an Ancient Town in Hoi An 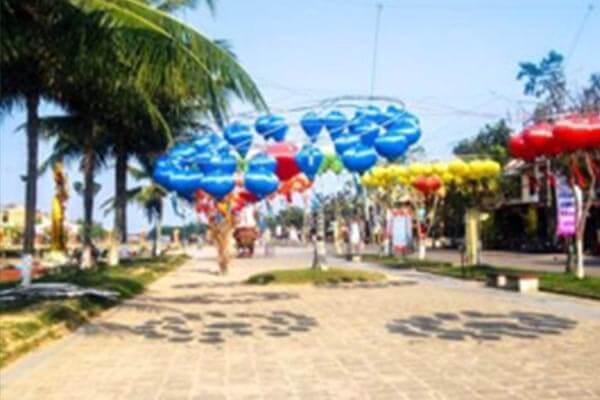 Wandering around Hoi An is a photographer’s dream. Once relegated to the backwaters of history, the rediscovered Ancient Town is full of Chinese-style communal halls, temples and traditional houses, a Japanese covered bridge, a thriving market, exquisite lanterns, and flowers everywhere you look. This is the place to save big money on tailor-made clothing, too. When you’ve had your fill of history, rent a bicycle and head over to Cua Dai Beach or An Bang Beach for some serious relaxation. Be sure to sample some of the special local foods like Cau Lau noodles and White Rose dumplings that are available only in Hoi An.

Life’s a Beach in Nha Trang 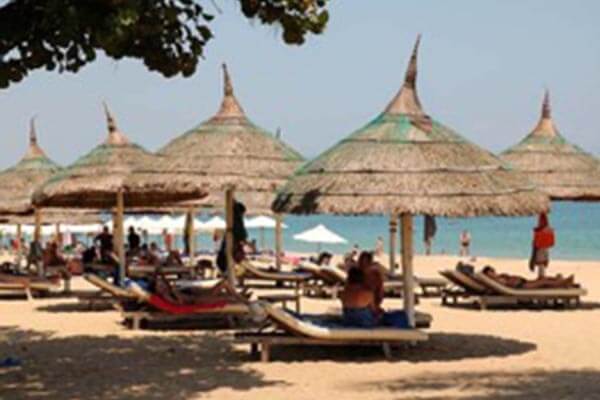 Nha Trang is famous for having one of the most beautiful bays in the world and its beach is one of the most popular in Vietnam. The wide, powdery sand and gentle waves are gorgeous sights, but it’s only one reason to come here. Visit the ruins of the once-mighty Cham civilization, indulge yourself at one of several hot springs resorts in the area, or take a cable car across the bay to Hon Tre Island and stay at the five-star Vinpearl resort. Nha Trang is well known for its delicious just-caught seafood, dried squid, fresh bread, and the best bar and nightlife scene on the Central Coast.

Cool Down in Dalat 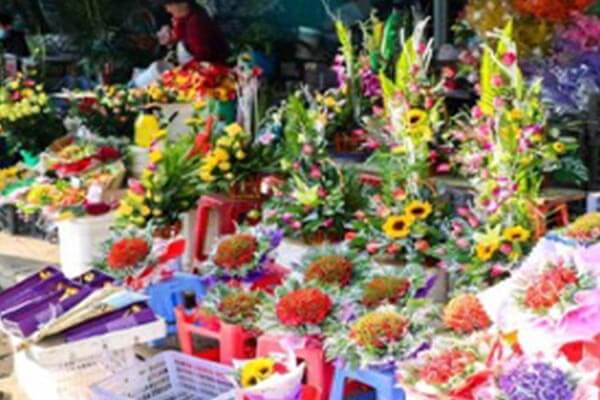 Escape the heat and explore the Central Highlands from the 4,900-foot-high town of Dalat. Cascading waterfalls, coffee plantations, a cable car leading to a serene Zen temple tucked deep in the mountains, pine forests, and pristine lakes are just a few of the sights to see in the City of Flowers. The large market has the finest produce and the most beautiful flowers in Vietnam; at night, it becomes “Food Street” where the tastes and smells of fresh seafood and barbecued meats combine perfectly. Spend a night at the outlandish Hang Nga Crazy House, a hotel where a Hobbit would feel perfectly at home.

Have a Shopping Spree in Ho Chi Minh City

If shopping is your thing, there’s no better place to go in Vietnam than to Ho Chi Minh City (Saigon). The city is a hub of commerce, full of stately French Colonial mansions, impressive museums, and sprawling parks nestled in the shade of modern skyscrapers. The Ben Thanh market, one of the oldest structures in Saigon, is a maze-like building full of tiny shops stocked to overflowing with food staples, household goods, clothing, souvenirs, hawker-style restaurants, and street food vendors. Dozens of glitzy malls offer a more sedate (and air-conditioned) experience.

A well-traveled expat once said to me, “The cheaper the food, the better it tastes,” and nowhere is this more true than in Vietnam. Every town and region has its own cuisine—pho (beef or chicken noodle soup) in Hanoi, mi quang (turmeric-based noodles with chicken, fish, or pork) along the central coast, and banh xeo (crepes with fish, squid, or meat) in Ho Chi Minh City, to name just a few. A meal for two won’t cost more than $6. Who could resist that?