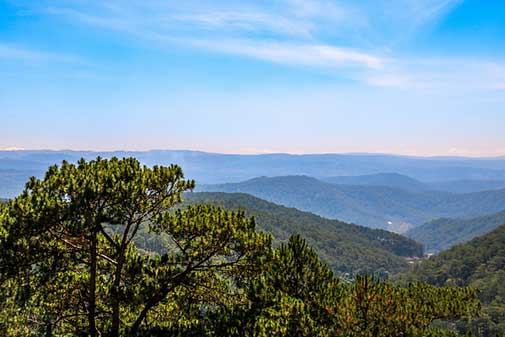 Vietnam has modern and progressive cities, ancient historic sites, uncrowded beaches, rugged mountains, and some of the friendliest, most welcoming people in the world. It’s developing rapidly, with one of the strongest economies in Asia. This is bringing high-quality healthcare, good roads, and modern conveniences to a place that was one of the world’s most impoverished countries less than 30 years ago.

In urban areas, skyscrapers are popping up like dandelions, and motorbikes and automobiles outnumber cyclos and bicycles. Yet 1,000-year-old temples, ancient emperor’s tombs, and ornate century-old mansions left over from Vietnam’s lengthy occupation by the French, are constant reminders of a country rich in history and tradition.

Vietnam’s exceptionally low cost of living is a major incentive for living here. If you’re on a limited budget, you’ll find the entire country affordable; if you have a larger budget, you’ll be living a life of luxury for a fraction of what you would pay in the West.

Vietnam is renowned for its healthy and varied cuisine, rich in greens and low in fat. The popular bánh mì sandwiches, packed with eggs, meat, pâté, greens, and mild pickles made from radishes and carrots, cost about a dollar, while $3 will buy a hot meal of noodles with duck, rice with pork, or fresh spring rolls in a local, sit-down restaurant.

The capital city of Hanoi, the largest city in the north, offers a unique urban experience; it’s also the cultural center of Vietnam. Hoan Kiem Lake is Hanoi’s spiritual heart. The 17th-century Turtle Tower in the center of the lake and the 18th-century Temple of the Jade Mountain, with its photogenic red bridge, is on the lake’s north end. Skyscrapers dot the skyline, bringing together an intriguing mix of ancient and modern architecture that is the hallmark of Hanoi. The city is surrounded by scenic mountains, verdant green rice paddies, timeless traditional villages, mysterious caves, and gentle rivers; you’ll never run out of places to explore.

The modern city of Da Nang is often described as the most progressive and livable city in Vietnam and it’s home to one of the country’s fastest growing expat communities. The city is divided in two by the Han River. On the west side, you’ll find Da Nang’s commercial hub, full of large traditional markets, malls, expansive city parks, and trendy riverfront cafés and nightclubs. On the east side of the river, you’ll have a very different experience; this part of Da Nang is bordered by the South China Sea. There are miles of uncrowded, golden-sand beaches and parks, and laidback, friendly locals that give this side of the city a beach town feel. Mountains surround Da Nang on three sides, and gently winding, seldom-used roads lead into remote areas just minutes from the city.

The ancient town of Hoi An is about a 45-minute drive south of Da Nang, and it also boasts a rapidly growing expat community. Hoi An is full of restaurants, galleries, and spas that cater to the large number of tourists who come to see its many historic communal halls, temples, and residences, which have been faithfully preserved for centuries following the town’s early settlement by Japanese and Chinese traders. Beautiful An Bang Beach is just outside of Hoi An, and two world-class coastal golf courses are less than a 20-minute drive north of the town. Small villages and picturesque rice paddies dot the countryside around Hoi An, and the mountains to the west are only a short drive away.

Halfway between Hoi An and Ho Chi Minh City is the small city of Nha Trang, widely cited as having one of the most beautiful bays in the world. It’s been welcoming foreigners since the mid-1800s, first by the French, and later the Americans, who both chose Nha Trang as one of their favorite go-to places in Southeast Asia for rest and relaxation. The coastal area consists of dramatic bays and wide sandy beaches, separated by rocky headlands. The area is also known for diving and snorkeling. High-end resorts, spas, and seafood restaurants rub shoulders with funky bars and humble cafés along the coastline, and a lively beach scene is the norm throughout the year. It’s easy to see why more than 1,000 expats have settled in Nha Trang.

Dalat, a town in the Central Highlands southwest of Nha Trang, is known as the “City of Eternal Spring.” Foreigners have been drawn to the region’s cool, pine-forested hills as an escape from the heat of the tropical lowlands since the 1890s. Dalat’s elevation of 5,000 feet gives it a delightfully temperate climate, never too hot or too cold. The town is surrounded by lofty mountains, dramatic waterfalls, tranquil lakes, twisting rural roads, and stunning scenery no matter where you go. The small expat community has organized weekly get-togethers, so making new friends here is easy. The cost of living in Dalat is less than you’ll find in any other popular expat town in Vietnam.

Ho Chi Minh City (formerly Saigon) is Vietnam’s largest city, full of French colonial mansions, the best shopping, incredibly good street food, a busy entertainment and nightlife scene, and the largest population of expats in the country. It also has the best medical care in Vietnam, though Hanoi is a close second. Its location in the southern part of Vietnam gives it a warm and humid year-round climate.

Vung Tau, a beach town just a couple of hours east of Ho Chi Minh City, has a decidedly expat feel to it. It has an impressive selection of outstanding and affordable seafood restaurants, and there’s plenty of Western restaurants, too.

Vietnam is an easy place to live. English is widely spoken, and the local people are exceptionally friendly and welcoming. Making friends—both expats and Vietnamese—is easy. Life’s little luxuries are more than affordable in Vietnam. It’s not surprising that so many foreigners have chosen to retire here.