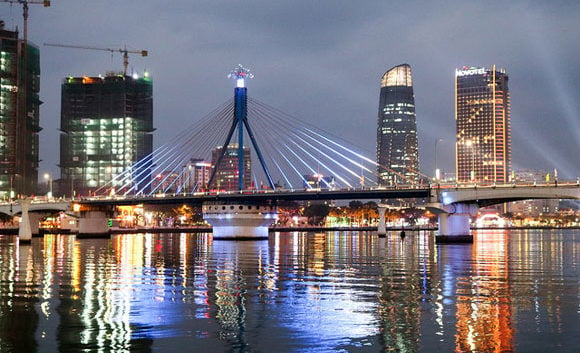 Until recently, most expats in Vietnam chose to go to Bangkok, Kuala Lumpur, or Singapore for all but the simplest medical procedures. In the past few years, however, there has been a dramatic improvement in Vietnam’s healthcare.

New hospitals have been built in several smaller cities, including Nha Trang, Vung Tau, and Phu Quoc, and there are now two internationally accredited general hospitals, one in Hanoi and the other in Ho Chi Minh City.

Since 2012, Vinmec Health Care System has been leading the way in bringing international standards of care to Vietnam. They currently have four full-service hospitals and two outpatient clinics. In 2015, Vinmec International Hospital in Hanoi became the first general hospital in Vietnam to receive its Joint Commission International (JCI) accreditation.

Since then, the FV Hospital in Ho Chi Minh City has also received international accreditation. Both Vinmec and FV Hospital have English-speaking staff and offer full medical and surgical services.

Other private hospitals in Vietnam may not have received international accreditation, but many of them still offer high-quality medical care.

As is the case everywhere, the biggest cities have the most hospitals and offer the best services. The best medical care in Vietnam is in Hanoi and Ho Chi Minh City, though most medical concerns can be treated competently in many smaller towns and cities.

Public hospitals can treat most medical concerns and may have English-speaking doctors on staff, though it will probably be necessary to bring a Vietnamese translator along to communicate with ancillary staff. The quality of care varies considerably; as with most medical care in Vietnam, the public hospitals in the major cities tend to provide the best care. Medical care in small towns and in rural areas is often limited and unreliable. Public hospital consultations usually cost less than $5; tests and procedures are also similarly inexpensive.

A consultation with a specialist at Vinmec or FV Hospital costs less than $30. Many private hospitals and clinics, such as SOS International and Family Medical Practice, are more expensive (though still less expensive than in the U.S.), but they do accept insurance. Some facilities market their own hospital-specific health insurance plans.

Vietnam is not yet a major medical tourism destination, but the country has become a favorite for its high quality and affordable dental care. Dental procedures in Vietnam cost a small fraction of what is charged in the U.S., and the quality of care is excellent.

International dental clinics with English-speaking dentists are located in all major towns and cities. They attract large numbers of foreigners from the U.S., Australia, and Europe. Many tourists come to Vietnam to save money on dental work, and then use their savings to stay for a few weeks and see the country.

Since medical costs tend to be so low in Vietnam, many expats see little need to maintain an expensive health insurance policy, though having a plan that covers major medical, accidents, and medical evacuation may be a good idea, especially for those living outside of major urban centers.

When it comes to healthcare, Vietnam is finding its footing. There is no longer a need to leave the country for all but the most complicated health concerns.